Madrid warns of the danger of cannabis: 4,253 hospital admissions for the use of this drug in 2021

The Minister of Health of the Community of Madrid, Enrique Ruiz Escudero, has appeared this Friday to warn of the dangers of cannabis use in the region, showing his "opposition to the legislative initiatives that have been processed or that may be processed soon in the Congress of Deputies. 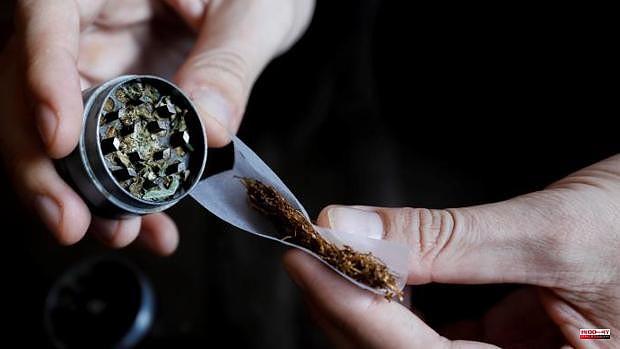 The Minister of Health of the Community of Madrid, Enrique Ruiz Escudero, has appeared this Friday to warn of the dangers of cannabis use in the region, showing his "opposition to the legislative initiatives that have been processed or that may be processed soon in the Congress of Deputies.

In this sense, Escudero has conveyed his concern that, "in a time of crisis like the one we find ourselves in", the left puts the debate on the legalization of cannabis on the table. The counselor has warned of the "serious effects on people and their environment both in the short and long term" and has assured that the defenders of regularization use "arguments that have not been fulfilled in those places where it has been legalized", putting as an example Canada or Uruguay.

During his appearance together with the general director of Public Health, Elena Andradas, and the coordinator of the Regional Office of Mental Health, Mercedes Navío, he indicated that the defenders of its legalization do so "by appealing, irresponsibly, to a supposed consensus in favor of the liberalization of consumption, when the health and integrity of all are put at risk.

Escudero has also pointed out that cannabis is. "Today, the most widespread and consumed illegal drug in the world." "This fact, far from being an argument in favor of its legalization, should force all health administrations to put more effort into prevention and care for consumers," he snapped.

To put the negative effects of this narcotic substance into context, the counselor highlighted that, during 2021 alone, the Madrid Health Service provided 5,384 care for consequences of cannabis use, of which 4,253 were hospital admissions. At this point, he wanted to emphasize that cannabis causes episodes of panic and anxiety and its use is associated with psychotic problems, depression and suicide.

Likewise, he added, 95% of minors treated in addiction centers in the region had problems with this type of drug. For this reason, he has pointed out, “neither can nor should we trivialize or trivialize the use of cannabis. Doing so leads to underestimating its consequences.”

For all these reasons, Escudero has pointed out that its legalization "would not solve any of the issues raised by those who defend it" and has argued that in the countries where it has been legalized "it has been proven how legalization has been associated with a decrease in the perception of risk, as well as an increase in consumption in adults and adolescents.

In his opinion, the illegal market continues to be used routinely in countries where cannabis use has been legalized and the black market has not been suppressed or the vulnerable protected. "So far, the presumed advantages of cannabis regularization have not shown the expected result in a global way, since the consequences in various areas continue to persist or worsen," concluded the Minister of Health,

1 Alberto Núñez Feijóo breaks with the "zascas"... 2 The Prosecutor's Office asks to file the complaint... 3 TSJC rejects the recourse to the sentence for the... 4 Superhero costumes to raise awareness about multiple... 5 Summit of the Americas: Argentina, Mexico and Chile... 6 Smoke-free beaches: list of the 81 Valencian beaches... 7 The Talavera PP asks the government team to act "urgently"... 8 Carmela Silva does not respond to the 'in-law... 9 The municipalities can now request the 12 million... 10 The Board would like Núñez to have "as much... 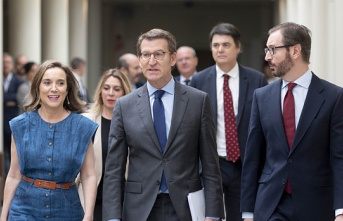