The mayor of Albacete, Emilio Sáez, has delivered this Friday the keys to 8 homes promoted by the City Council of the capital through the Urvial Urban Management Society, built on San Esteban street. 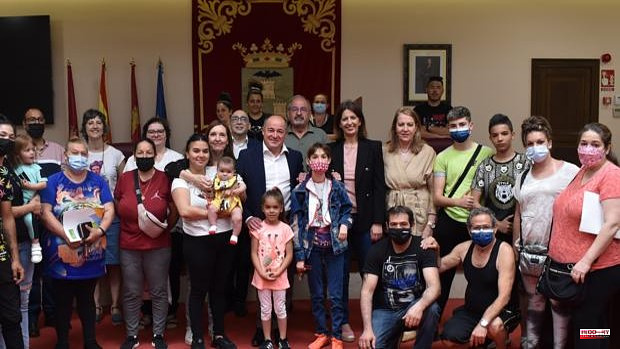 The mayor of Albacete, Emilio Sáez, has delivered this Friday the keys to 8 homes promoted by the City Council of the capital through the Urvial Urban Management Society, built on San Esteban street.

In a ceremony held in the Plenary Hall, the Councilor for Urban Planning, Roberto Tejada; the Councilor for Economy and Finance, María José López, and the Councilor for Entrepreneurship and Innovation, Laura Avellaneda, in addition to other representatives of the municipal political groups, have accompanied the mayor, who has indicated that "we are once again delivering homes to families who They need after years without being able to do it, specifically, since 2013 ».

These 8 homes, which have been awarded on a rental basis, are the first phase of a development consisting of 16 houses.

According to the mayor, the remaining 8 homes, the second phase of this project, will be delivered shortly.

Sáez Cruz has reviewed the housing development projects that the City Council has underway through Urvial, recalling that two lots have been sold to cooperatives in Sector 10 for the construction of 90 flats under a series of conditions. "In addition to self-promotion to make them affordable from an economic point of view, other conditions have been taken into account, such as a shorter period for the start of construction works and evaluation and sustainability systems for buildings."

On the other hand, a development of 88 homes also in Sector 10 is already licensed, "but, in addition - the mayor has indicated - the drafting of the project for another 60 homes in Sector 10, also promoted by Urvial, is in the initial phase" .

In addition, the drafting of the basic project for another development of 25 homes in the Plaza Elíptica has just been awarded and second-hand homes continue to be acquired to incorporate them into the municipal real estate heritage "and thus meet the needs of families in the city", commented Emilio Saez. Specifically, at the meeting of the Urvial Board of Directors, scheduled for June 7, the purchase of 13 homes will be given free rein, "which we add to the 6 that we have already acquired, a total of 19."

1 A man was arrested in the port of Bilbao when he tried... 2 Madrid warns of the danger of cannabis: 4,253 hospital... 3 Alberto Núñez Feijóo breaks with the "zascas"... 4 The Prosecutor's Office asks to file the complaint... 5 TSJC rejects the recourse to the sentence for the... 6 Superhero costumes to raise awareness about multiple... 7 Summit of the Americas: Argentina, Mexico and Chile... 8 Smoke-free beaches: list of the 81 Valencian beaches... 9 The Talavera PP asks the government team to act "urgently"... 10 Carmela Silva does not respond to the 'in-law... 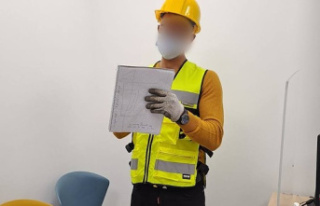 A man was arrested in the port of Bilbao when he tried...