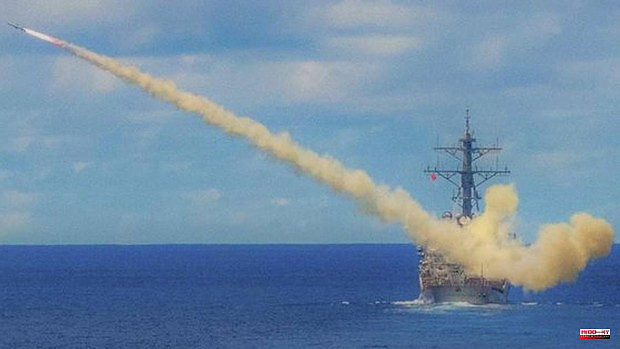 Ukrainian military authorities announced that they attacked the Russian Navy tugboat Vasiliy Bekh in the Black Sea with two US-supplied Harpoon missiles. This is the first time Ukraine has announced that it has destroyed a Russian ship with Western-supplied weapons.

Last Friday, the attack was announced on the Telegram channel of the Strategic Communications Directorate of the Armed Forces of Ukraine which posted a video showing the anti-ship missile blowing up the ship.

The head of the Odesa Regional Military Administration, Maxim Marchenko, said: "This morning, our naval forces attacked the Black Sea Fleet support ship Vasily Bekh, with the TOR anti-aircraft missile system on board.

Later it was learned that it sank.

The Vasily Bekh was also carrying ammunition, weapons and personnel for the Black Sea Fleet to Snake Island, the Ukrainian military said. A subsequent message indicated that the Harpoon anti-ship missiles, manufactured by Boeing Defence, Space

On June 15, the US Department of Defense said it would also supply truck-mounted Harpoons to bolster Ukraine's coastal defenses.

In addition to US missiles, Ukraine has developed national maritime warfare weaponry and used it to devastating effect. In April, Ukrainian forces sank the Moskva, the flagship of the Russian Black Sea Fleet, with at least one of its own-made Neptune missiles.

The Ukrainian military claims to have destroyed 1,376 Russian tanks, 3,376 armored fighting vehicles and 14 ships or boats since the Russian invasion began on February 24, it announced on the official government communications channel Telegram.

1 Afghans left alone in rescuing earthquake victims 2 Lasso makes concessions to initiate dialogue with... 3 EU countries confirm Ukraine the status of a candidate... 4 The brands denounced for reduflation deny the accusations... 5 Algeria demands 80 million from Técnicas Reunidas... 6 Congress postpones the fund that will make gas and... 7 SEPI refuses to rescue Ezentis, while Abengoa hangs... 8 A Spaniard, among the ten best young economists, will... 9 De Cos asks the Government that the fiscal measures... 10 Room Mate, Kike Sarasola's hotel chain, files... 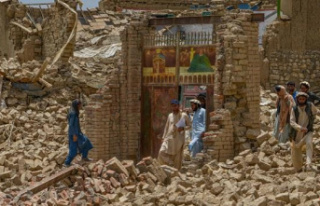