The political crisis suffered by Boris Johnson is getting worse, now with a new electoral defeat in two conservative constituencies, a result for which Oliver Dowden, president of the party, has resigned. 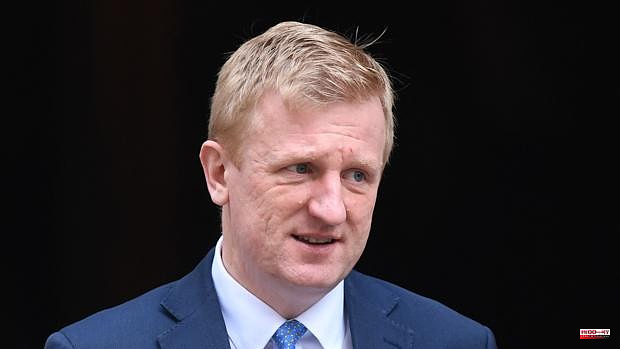 The political crisis suffered by Boris Johnson is getting worse, now with a new electoral defeat in two conservative constituencies, a result for which Oliver Dowden, president of the party, has resigned.

for a crime of sexual assault on a teenager.

After the crash, Dowden said in a statement in which he made his resignation public that "we cannot continue as usual" and that "someone must take responsibility and I have come to the conclusion that, in these circumstances, it would not be right for me to continue in office." The now former president added that the members of the formation are "distressed and disappointed by recent events", in what is understood as a reference not only to the poor results at the polls, but also to other scandals, such as the party in Downing Street during the Covid-19 lockdown.

The one who does not take responsibility is the prime minister, who seems undeterred, and who in an open letter to Dowden in response to his resignation, in addition to thanking him for his work, told him that "while I fully understand your disappointment with the results of the by-elections, this government was elected with a historic mandate just over two years ago to unite and level up" and "I hope we continue to work together on that".

Speaking from Rwanda, where he is on an official trip, Johnson said that although he does not want to "minimize the importance of what voters say", it is "normal" for governments to lose this type of election. Without singing a mea culpa at any time, he threw balls out: "What we must do now is reflect on where the voters are," he said, that although they know that "we got through Covid well and made many of the right decisions" in this regard, now they live in a difficult situation due to "the pressures on the cost of living", which "for most people is the number one problem". “We are seeing spikes in fuel prices, the cost of energy, of food… that is affecting people. We have to recognize that there is a lot to do, and we will, we will continue to address people's concerns until we get out of this rut," he stated.

Keir Starmer, leader of Labor, celebrated the victory in Wakefield, where he stated that it is "a historic result" that has put his party "on track to win the next general election." "This says that the next government is going to be a Labor government, and the sooner the better, because the country voted yesterday, in the two by-elections, distrust in this outdated government, devoid of ideas," he pointed out.

1 Rebellion on board: the prosecutors who stood up to... 2 The Balkans feel relegated by the EU after Ukraine... 3 This is how US missiles destroyed a heavily armed... 4 Afghans left alone in rescuing earthquake victims 5 Lasso makes concessions to initiate dialogue with... 6 EU countries confirm Ukraine the status of a candidate... 7 The brands denounced for reduflation deny the accusations... 8 Algeria demands 80 million from Técnicas Reunidas... 9 Congress postpones the fund that will make gas and... 10 SEPI refuses to rescue Ezentis, while Abengoa hangs... 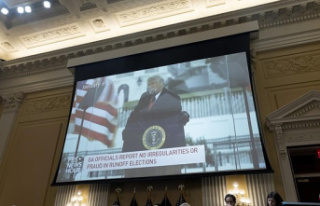 Rebellion on board: the prosecutors who stood up to...