Rebellion on board: the prosecutors who stood up to Trump's attempt to flip the polls

Donald Trump pressured, attacked and sought to behead his Justice Department in the final weeks of his presidency in order to stay in power despite losing the 2020 election to Joe Biden. 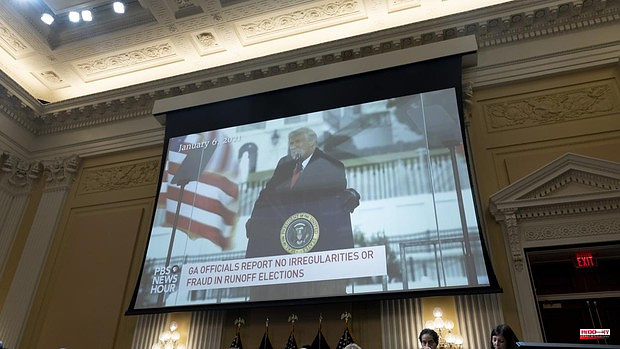 Donald Trump pressured, attacked and sought to behead his Justice Department in the final weeks of his presidency in order to stay in power despite losing the 2020 election to Joe Biden. Those efforts were the central part of the fifth appearance this Thursday of the House of Representatives committee that investigates the former president's campaign to turn the results of the polls and that culminated in a tragic and embarrassing assault on Capitol Hill by a 'trumpist' mob on January 6 last year.

The session began with a necessary explanation, put together by several of the members of the committee: the Department of Justice is a special agency.

It is part of the US Government and its leadership is chosen by the president. But, despite depending on the White House, it acts independently. The defense of that independence and the stand of its main authorities against pressure from Trump to cooperate in the attempted electoral overturn were decisive in safeguarding the will expressed at the polls. The former president tried to place an inexperienced second-in-command at the head of the Justice Department who agreed with his plans. But his high officials rebelled.

In previous appearances, statements were made by the head of the Department of Justice, Attorney General William Barr, about the alleged massive fraud that Trump denounced. He called the allegations of electoral 'theft' "nonsense" and "madness" and insisted that, as he told the then president at the time, there was no trace of massive fraud that could change the outcome of the polls.

Faced with this confrontation with Trump, who only wanted to listen to whoever told him that the election had been stolen from him, Barr resigned in mid-December 2020, a few weeks after the election and a few weeks before Congress certified Biden's victory. He succeeded Jeffrey Rosen as acting attorney general. Second, he had Richard Donaghue. Both prosecutors, like Barr, were Republicans of proven reputation, with experience under different presidents of their party. That did not prevent them from being independent and maintaining Barr's version - they did not find massive fraud anywhere - despite pressure from Trump.

Rosen, Donaghue and a third Justice Department official, Steven Engel, appeared before the committee to explain those pressures. The questioning was led by Adam Kinzinger, one of the few Republican deputies who disagreed with the former president. Rosen acknowledged that Trump wrote or called him "pretty much every day." The then president showed "dissatisfaction" with the Justice Department, criticizing that he did not do "his job for him."

Donaghue had a long conversation with the president, in which he dismantled "one after another" his allegations of massive fraud: there was no evidence in this regard. Trump and his henchmen in the "coup attempt", as the committee describes it, clung to any conspiracy theory to seek the electoral overturn: the rigging of the machines that count votes, the appearance of suitcases with ballots, the truck that transported votes from New York to Pennsylvania and even the theory that Italian satellites were used to change the sign of the election. It was all false, and the prosecutors insisted on it. Trump chose not to listen to them and repeated his baseless accusations in public until the fateful day of January 6 and beyond, until today.

He also tried to get the Justice Department to take a public stand on his theories. With a press conference, with the filing of a lawsuit before the Supreme Court or with the appointment of a special prosecutor to investigate the fairness of the elections. They refused. "We will only follow the law and the facts," was Rosen's response.

The best example of this was at the end of December after a new conversation with the prosecutors at the head of the Department. Rosen told him that they couldn't "snap their fingers and change the outcome of the election." The acting attorney general recalled Trump's response: "Just say (the election) was corrupt and leave the rest to me and the Republicans in Congress."

Trump and his acolytes turned to a prosecutor who was willing to do anything the president told him: Jeffrey Clark, assistant attorney general in charge of the Environment and Natural Resources division. Time was running out for the president to get something to keep him in power, with January 6, the day Congress certified Biden's victory, just around the corner.

Clark promoted the sending of a letter to the legislative assemblies of the states with the most disputed results. It established a lie - that the Department of Justice considered that there were indications of massive fraud - and asked state legislators to send substitute electors - the delegates who elect the president - which could tilt the victory towards Trump. Rosen and Donaghue were in direct opposition. Also the legal team of the White House, led by Pat Cipollone, and then confronted the advisers of the Trump campaign, such as Rudy Giuliani, supporters of the electoral 'coup'. Cipollone called the letter a "suicide pact."

Given the refusal of Rosen and Donaghue to cooperate, Trump considered placing Clark, far from having the experience required for the position, at the head of the Justice Department. Clark himself told Rosen that the president had made that decision: the second-in-command fired the boss. Rosen requested a meeting with the president and mounted a rebellion in the Justice Department. On January 3, in one of the defining moments of Trump's attempt to flip the polls, Rosen, Donaghue, Clark, Cipollone, the president, and two other advisers met at the White House.

"What we know is that you, Rosen, are not going to do anything," Trump told his acting attorney general. “You do not even agree with the allegations of electoral fraud. And this other one, at least, could do something », he added in reference to Clark. "He's right, Mr. President," Rosen replied. "I'm not going to let the Justice Department do anything to try to flip the election. It is what the facts and the law impose.

"What do I have to lose?" the president insisted to Donaghue about his plan to put Clark as attorney general and send that letter to the states. The second from the Department of Justice informed him that there would be mass resignations. Everyone in the Oval Office meeting except Clark turned their backs on the plan. Trump had to back down and left Rosen in office. The letter, of course, was not sent.

A few hours before all this was detailed in the appearance in Congress, there was a search of Clark's home in Virginia by federal agents. It has not transpired what the reason for the registration was, but it is within the investigation by the Department of Justice of the attempt to change the result of the 2020 election. An effort parallel to that of the House of Representatives committee but that shares protagonists. It remains to be seen what political and criminal results each of them obtains.

1 The Balkans feel relegated by the EU after Ukraine... 2 This is how US missiles destroyed a heavily armed... 3 Afghans left alone in rescuing earthquake victims 4 Lasso makes concessions to initiate dialogue with... 5 EU countries confirm Ukraine the status of a candidate... 6 The brands denounced for reduflation deny the accusations... 7 Algeria demands 80 million from Técnicas Reunidas... 8 Congress postpones the fund that will make gas and... 9 SEPI refuses to rescue Ezentis, while Abengoa hangs... 10 A Spaniard, among the ten best young economists, will... 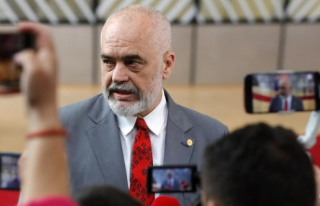 The Balkans feel relegated by the EU after Ukraine...