The countries of the Western Balkans have asked the European Union for concrete progress on their tortuous path towards EU membership because they feel aggrieved at the speed with which Ukraine has been granted candidate status. 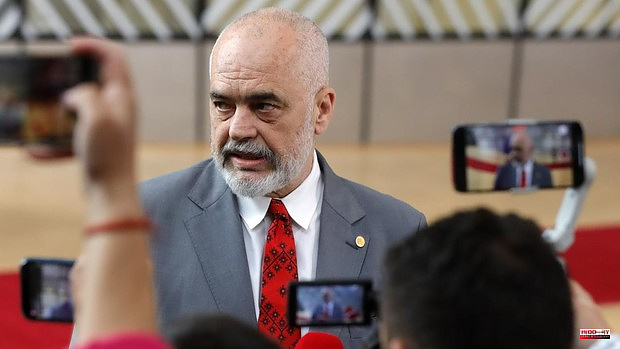 The countries of the Western Balkans have asked the European Union for concrete progress on their tortuous path towards EU membership because they feel aggrieved at the speed with which Ukraine has been granted candidate status. The European Council had to schedule a summit with the leaders of this region before entering the discussion on the Ukrainian candidacy, precisely to avoid further anger from those who also aspire to be members of the EU.

Representatives from Serbia, Albania, North Macedonia and Montenegro, who are already recognized candidates, participated in this meeting, as well as from Bosnia, which has asked for it but has not yet been answered, and from Kosovo, which is described as a 'potential candidate'. , although the absence of recognition of its independence by five of the member countries represents a major obstacle.

All of them have been in the waiting room for years for various reasons and have taken this meeting as an offense, in fact some had threatened not to attend. An example of this atmosphere was given upon entering the Council building on Thursday morning by the Albanian Prime Minister, Edi Rama, who described as "scandalous" that the position of a single country, Bulgaria, is blocking the start of the negotiations with your country and with North Macedonia despite the fact that both are candidates and wish to progress in the negotiations. For this reason, he recommended "Ukrainians not to have too many illusions" about the next steps to be taken.

The representatives of the Balkans have not spared criticism of the meeting to which they had been invited, considering it "historical in the negative" and Rama himself described at the end of the meeting the unease caused in this region by the comparison between the freezing of their files as quickly as Ukraine has started. "Let me express my deep sorrow for the European Union, I feel sorry for them."

France has tried to propose a solution to allow Bulgaria to lift the veto it maintains against the accession of its neighbor North Macedonia, a country from which it demands constitutional changes and changes in the content of its history books so that they agree with its own. The Commission has grouped the candidacies of North Macedonia with that of Albania, so that a single veto affects two countries, both already with the status of candidates but with the negotiation process frozen. France's idea has not arrived on time, but Bulgarian Prime Minister Kiril Petkov hinted that "in the next few days" there could be changes to this blockade situation.

The Western Balkans have recognized their "European perspective", that is, the promise that one day they will be part of the EU, since 2003. In these almost twenty years little or no progress has been made, yet other powers such as Russia, Turkey , China or Iran extend their influence over the region, a prospect that does not please anyone in Brussels either.

1 This is how US missiles destroyed a heavily armed... 2 Afghans left alone in rescuing earthquake victims 3 Lasso makes concessions to initiate dialogue with... 4 EU countries confirm Ukraine the status of a candidate... 5 The brands denounced for reduflation deny the accusations... 6 Algeria demands 80 million from Técnicas Reunidas... 7 Congress postpones the fund that will make gas and... 8 SEPI refuses to rescue Ezentis, while Abengoa hangs... 9 A Spaniard, among the ten best young economists, will... 10 De Cos asks the Government that the fiscal measures... 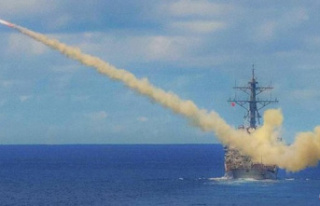 This is how US missiles destroyed a heavily armed...