More than 250 experts from the world of teaching Spanish to foreigners -between institutions, teachers, students, agencies, schools- will meet between October 19 and 22 in Madrid at the Spanish Week. 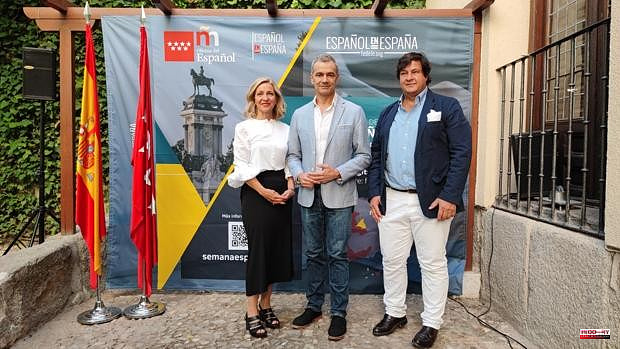 More than 250 experts from the world of teaching Spanish to foreigners -between institutions, teachers, students, agencies, schools- will meet between October 19 and 22 in Madrid at the Spanish Week. Organized by the Federation of Spanish Schools for Foreigners (FEDELE), the event has the collaboration of the Spanish Office directed by Toni Cantó.

Antonio Anadón, the president of FEDELE Madrid, has recalled how the sector is gradually recovering pre-pandemic levels, after the hard blow that Covid and the restrictions on mobility that it brought with it, with falls of 83 percent of the customers. If in 2019 almost 18,000 Spanish students were registered in the federation's schools in Madrid -which accounted for 30 million euros in turnover-, in 2021 almost 10,000 have already been reached, and the expectations are better for this year, where practically the figures from before the pandemic could almost be reached.

The director of the Spanish Office, Toni Cantó, has highlighted the importance of this Spanish learning tourism, which, as the president of FEDELE Spain, Begoña Llovet, recalled, stays with us for about 3.8 weeks, with what that means spending on transportation, lodging and meals. "Furthermore, when these people leave Spain, they become prescribers of our country forever."

The Spanish Week wants to turn Madrid into "the showcase of language tourism, after the Covid break," says Llovet. They will involve more than 56 hours of training events, with 52 speakers and two professional meetings. In Spain as a whole, the more than one hundred Spanish schools for foreigners that exist have around 140,000 students.

As Cantó explained, "the Community of Madrid has been very clear from the beginning that the teaching of Spanish was a strategic commitment." That is why your Office was born, which, among other things, has signed an agreement with FEDELE to support it institutionally in its activity: «We accompany them to the most important educational fairs in the world, we attract educational agents to Madrid, which is the best place to study this language; and we are also going to collaborate in bringing events as important as this one».

The Spanish Week aims to unite the different actors of the ELE sector (Spanish as a Foreign Language) in the same event and promote the quality and professionalism of the companies that are dedicated to teaching this language. During October 17 and 18, the format will be exclusively digital, and from October 19 to 22, different face-to-face activities will be carried out in the capital, with work meetings between agencies, Spanish and international centers. The last day will conclude with a musical event and the award ceremony for the best educational and tourist proposals in the sector.

The Spanish language is spoken by almost 600 million people around the world. Currently, it is the second in the world by number of native speakers (with about 493 million) and the second language of international communication, with today more than 24 million foreign students who study it.

1 Advisors who do not go to an investigation commission... 2 The bursar of the Archdiocese of Burgos, Vicente Rebollo,... 3 'Hunted' at 212 kilometers per hour on the... 4 Alicante requires the Generalitat Valenciana the urgent... 5 Putin's dismissal of Macron in his last call... 6 What countries are currently in NATO? 7 IFA Group exceeds 33,000 million consolidated turnover... 8 Cilic and Berrettini, Nadal's potential rivals,... 9 The nights of the racecourse are back, 'The plan... 10 Heurtel is honest: "I destroyed what I was trying... 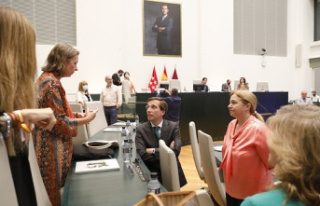 Advisors who do not go to an investigation commission...