Only 19 of the 45 people called to testify went to the investigation commission on the alleged commission from the Madrid City Council to spy on the brother of Isabel Díaz Ayuso. 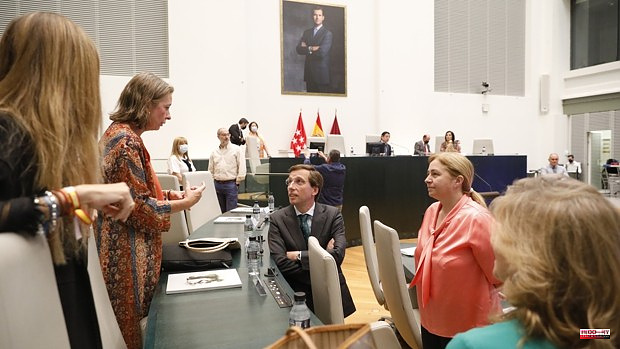 Only 19 of the 45 people called to testify went to the investigation commission on the alleged commission from the Madrid City Council to spy on the brother of Isabel Díaz Ayuso. Notable absences -such as that of Ángel Carromero, the main figure in the plot- that have prevented "clarifying what happened", according to the report approved this Tuesday in the Cibeles plenary session after two months of interrogation sessions. To avoid new key faults, advisors and managers, that is, all temporary staff, who do not attend an investigation commission will be immediately dismissed. As for the workforce or official who does not come to testify, in this case a disciplinary file will be opened.

More Madrid, Cs and PSOE have ratified the opinion of conclusions in which it is affirmed that "obstacles were placed to know the truth".

"Despite the fact that the mayor, José Luis Martínez-Almeida, publicly guaranteed that all the people from the PP who were called to the investigation commission would attend, this clear and manifest statement does not correspond to reality and what has happened because Not even senior and eventual officials of his Government have attended, as can be deduced from the difficult to explain resignation file of Ángel Carromero, ”indicates the document on one of the 16 pages.

It is also concluded that the president of the EMVS, the mayor of Housing, Álvaro González, breached the company's Code of Ethics by initiating an investigation, not being competent to do so«. In turn, he stresses that the Environment delegate »exceeded his functions and powers« by accompanying the Councilor for Housing to the meeting at the EMVS headquarters to question an employee. However, the main question, whether there was an espionage attempt, despite the strong indications, will remain pending a definitive answer.

Regarding the actions of the president of EMVS, the councilor of Cs Silvia Saavedra considers that "he acted as a human being, he went to the source to verify" despite the fact that "it was advisable to go to the Ethics Committee." Her group came to label the actions of the PP councilors to deal with this matter as "malpractice".

The socialist Mar Espinar sees an attempt by a section of the PP to try to "cut Ayuso's wings in his frantic race for the presidency of the PP in Madrid" and believes that he did not favor the appearance of certain people as a "strategy to boycott" the Commission. "Only traitors survive," she launched Almeida.

In the same sense, the mayor of Más Madrid Miguel Montejo has stated, who considers that there were "very strong indications of espionage" to the president of the Community, Isabel Díaz Ayuso, in this Madrid 'House of Cards'.

For the PP, however, the left went to the commission with the conclusions "already written". And he has reproached the opposition groups for their criticism and "exemplary lessons": "Rita Maestre only attended the session where the mayor appeared, with the television cameras and has been denounced by her former colleagues for illegal financing; the PSOE, condemned for using public resources and wants to occupy the INE; and the Mixed remind them that the former mayor Manuela Carmena did not attend the Bicimad commission, ”he has listed.

Vox, in line with the PP, believes that there is no basis to make these accusations: «When they say that obstacles have been placed to discover the truth, it is like the tennis player who loses the match and blames the ball because it did not enter. He is not serious ».

1 The bursar of the Archdiocese of Burgos, Vicente Rebollo,... 2 'Hunted' at 212 kilometers per hour on the... 3 Alicante requires the Generalitat Valenciana the urgent... 4 Putin's dismissal of Macron in his last call... 5 What countries are currently in NATO? 6 IFA Group exceeds 33,000 million consolidated turnover... 7 Cilic and Berrettini, Nadal's potential rivals,... 8 The nights of the racecourse are back, 'The plan... 9 Heurtel is honest: "I destroyed what I was trying... 10 They evict the Tefaf fair in Maastricht, after an... 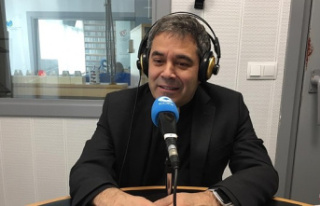 The bursar of the Archdiocese of Burgos, Vicente Rebollo,...