The nights of the racecourse are back, 'The plan of summer'

35 years have passed since Las Noches del Hipódromo, and to celebrate it, 'La movida madrileña' will play again, all starting this Thursday, June 30. 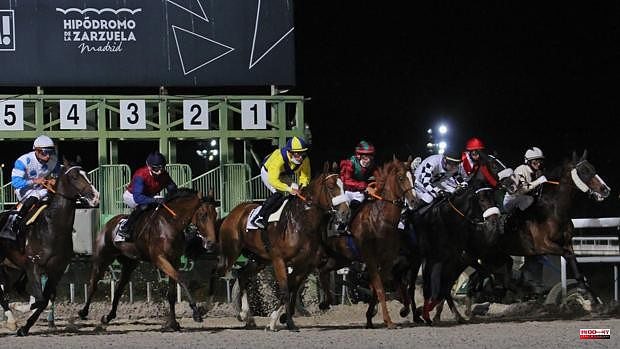 35 years have passed since Las Noches del Hipódromo, and to celebrate it, 'La movida madrileña' will play again, all starting this Thursday, June 30. The venue will be filled with live music, night races, gastronomic plans and great excitement to fully enjoy the summer nights in Madrid.

This year we will be able to enjoy Las Noches del Hipódromo with a double session of horse racing a week, with sessions on Thursdays and Saturdays during the month of July, ending on Thursday, August 11. The doors of the venue will be open from nine, with the first race at 10:10 p.m., on the sand track, and the concerts will begin at 11:30 p.m., on the north lawn.

The night will begin at 10:15 p.m. with the first Anita Slikker Prize race, reserved for Amazonas and Gentlemen, for horses and mares four years and older, over the distance of 1,700. six participants. I really like Upsdawn, he's rising in value and his running form makes it possible for him to blow up the race. Einar has been getting closer to victory in the last two of his, he will be there again. Aarash is the class of the race, but he must carry some very tough weight conditions that can limit him, still he will be safe in the fight.

In second place, the Bouquet Prize (sponsored by ¡Hola!) will be disputed, split handicap second part for horses and mares three years and older. Seven candidates for victory. 1,900 meters of travel. Karluvy is very fit and he likes the track, he is my favourite. Atlantico hasn't fallen from a finish lately, but I think he likes grass better, even so I think he's going to do very well again. Rusdhy is showing form and he is very gritty, he knows how to carry hard scales, he will be there. As a surprise I see El Zar, little by little and without noise he has been improving and he could like the sand.

The third race will be the Álvaro Díez Prize, handicap divided into the first part for horses and mares three years old and older. Six contenders for victory. Also 1,900 meters of travel. Baba Karam is coming off winning on grass and I think he is better on sand, he should be the horse to beat. His patio partner New Jack Swing is another great specialist and she won't make things easy for him. Monterredondo comes from winning in a ride showing great form and taste for the track here it will be more difficult but he will be there. As a great surprise, I like Natural Talent a bit, he is a winner in the arena and as long as they let him do it in the lead, he will give a lot of trouble.

In fourth place will be the Suances Prize (Lototurf), for three-year-old colts and fillies that have not won. Eleven participants will start from the 1,900 meter pole. Oceanic Blue comes from failure in San Sebastián, after being very close in her previous ones in Madrid, I see her well placed and in the fight. Pedro el Grande hasn't done badly in the arena and he's in a position to improve, I see him very close. Macadamía does not fall from a finish and here he will make it very difficult. Much more is expected from Vinci Lisa, here is a new opportunity.

The day will close in fifth place for the Dink Prize, reserved for Apprentices and Professional Riders who have not won 12 races since September 1, 2021; for horses and mares four years and older, not winners of a Prize of €8,000. Nine contenders for victory. 1,200 meters of travel. Alneasherat has not given the value that he was supposed to, but with the release, he has a good opportunity to recover. His yard partner Iron Duke overcomes the distance and is very fit, she will be his main rival. Tunante is a horse with a great heart who always gives everything on the track, does the distance very well and also likes the track, as always, he will not give anything away.

Another of the great attractions during these summer days will be the gastronomic offer. We tell you all the possibilities you have to come to dinner at the racecourse:

A selection of 16 Foodtrucks has been brought together, distributed throughout the racecourse grounds to offer you a wide gastronomic variety that ranges from the most sophisticated hamburger to the essentials, such as ham sandwiches.

Villa Panthera, located in the amphitheater of the racecourse, a gastronomic oasis in which the exoticism of the Far East will merge with the warmth of Latin America. The menu is in charge of the Peruvian chef Luis Arévalo, one of the pioneers of Nikkei food in Spain. At midnight, Panthera will show us its wildest side and will transform into a club to drink and dance to the sound of tribal and Latin rhythms. In addition to its restaurant, Villa Panthera will also include a gastro gourmet area with food trucks and a Clicquot Champagne Bar.

At the foot of the track, from the Calor by Ramón Freixa restaurant, you can enjoy the thoroughbred races closer than ever while enjoying signature cuisine. The menu will bear the stamp of the prestigious Catalan chef with two Michelin stars and three Repsol suns, Ramón Freixa, a true specialist who combines the most avant-garde techniques with flavors and references to traditional cuisine.

The mythical Casa Sweden, where the great intellectuals of the 20th century met, also moves to the Hippodrome of Madrid during summer nights. Located in the south box, in front of the finish line and away from the heat and bustle of the capital, this terrace will be open to the public so that race fans can enjoy the best views of the capital, cocktails and mixed drinks.

To live the most exclusive horse racing experience, you can also reserve a Premium ticket and live all the excitement from the VIP boxes with open bar during the race day, and unparalleled views.

The broadcast of the horse races of the Hippodrome of Madrid can be enjoyed on Movistar. The LAS CARRERAS program is broadcast exclusively through the Deportes por M channels (dial 53 and its multis).

In the enclosure there are more than 2,000 free parking spaces, and also free buses leaving from 10:30 a.m. every 20 minutes as a shuttle from Paseo Moret in Moncloa. (If the events in the capital do not allow the exit from that point, it is moved to Avda. de la Complutense, in front of the Ciudad Universitaria metro).

1 Heurtel is honest: "I destroyed what I was trying... 2 They evict the Tefaf fair in Maastricht, after an... 3 PSOE and United We Can support that Congress investigate... 4 Page announces a “grand opening” of the Guadalajara... 5 From a 'troubled gay concentration' to the... 6 Catalonia lowers university prices for the third consecutive... 7 A man kills his 92-year-old grandmother in Sant Gregori... 8 Renfe's 'beach train': these are the... 9 The National Court refuses to apply the Atristain... 10 Lesmes takes to the plenary session on Thursday the... 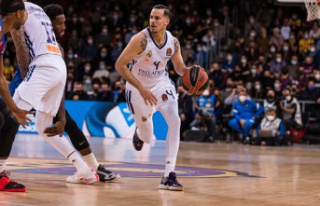