The Alicante City Council has demanded that the Department of Education "urgently" start up the works for the removal of asbestos from three schools in the city: the CEIP Azorín, Emilio Varela and El Tossal. 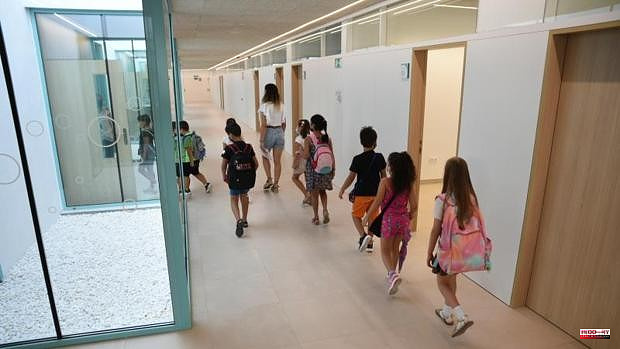 The Alicante City Council has demanded that the Department of Education "urgently" start up the works for the removal of asbestos from three schools in the city: the CEIP Azorín, Emilio Varela and El Tossal. Through an institutional declaration that will be transferred to the ordinary plenary session next Thursday, the local Executive urges the Consell to take measures so that the company awarded the works complies with the signed contract and proceeds to carry out the works this summer.

The text registered by the Government team indicates that the Ministry of Education moved the educational communities of these three centers in mid-June until a specific date, June 17, as the date on which the reconsideration verification act was signed. for the work to remove the asbestos cement and the replacement of the roof of the three schools, with the forecast that the work would begin on Monday 20.

"What has been our surprise", adds the local Executive, "when, a week after knowing that the reconsideration act was going to be signed immediately and that the asbestos removal works were going to begin, the company that had to do the works have been pushed back at the last moment, alluding now to the increase in the cost of materials». At this point, the Government team concludes that "the problem did not reside and has never resided in the City Council, but that from Education they do not do things diligently, nor do they assume their responsibility."

The institutional declaration requires the Consell to meet immediately with the winning company and oblige it to comply with the signed contract and to carry out the removal of the asbestos urgently. Likewise, the local Executive seeks the "full" support of the Plenary of the City Council to the parents of the three affected schools and makes itself available to the Ministry so that the works described can be carried out as soon as possible. Along the same lines, it calls for Education to meet immediately with the associations of mothers and fathers of the three schools "so that they can inform them in detail of everything that has happened and provide them with concrete and immediate solutions."

In its institutional statement, the local Executive recalls that asbestos is a material "very dangerous to health" and reiterates the need for its urgent removal. “It cannot be allowed that after everything that has happened and all the blame and responsibilities that have been thrown in front of the City Council, now, a few days [before the start of the works], this happens,” he points out. The municipal government describes the stoppage of work as "unacceptable" when "people's health is at stake."

1 Putin's dismissal of Macron in his last call... 2 What countries are currently in NATO? 3 IFA Group exceeds 33,000 million consolidated turnover... 4 Cilic and Berrettini, Nadal's potential rivals,... 5 The nights of the racecourse are back, 'The plan... 6 Heurtel is honest: "I destroyed what I was trying... 7 They evict the Tefaf fair in Maastricht, after an... 8 PSOE and United We Can support that Congress investigate... 9 Page announces a “grand opening” of the Guadalajara... 10 From a 'troubled gay concentration' to the... 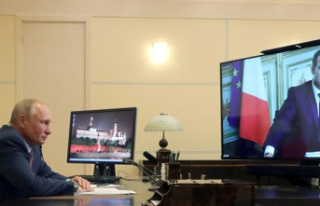 Putin's dismissal of Macron in his last call...