What countries are currently in NATO? 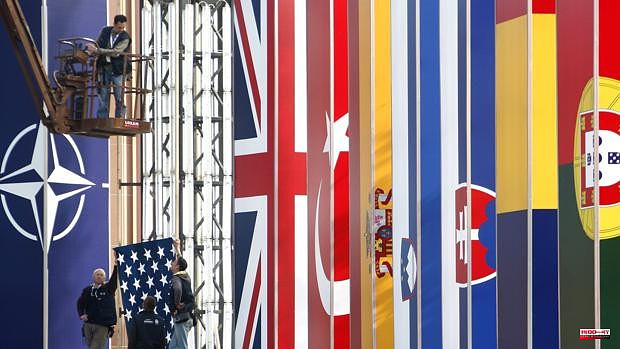 The North Atlantic Treaty Organization (NATO), also known as the North Atlantic Alliance, is an international organization encompassed by some North American and European countries. This political and military organization, created in the midst of the Cold War after the signing of the Washington Treaty (1949), seeks with its work to "guarantee the freedom and security" of the states that comprise it.

Now, with the arrival of the NATO summit in our country, many international delegations will meet on June 28, 29 and 30 in Madrid. However, not all the countries that will go through this meeting of international leaders are those that belong to NATO.

These are the thirty countries of North America and Europe that are part of NATO and that have been annexed over the years since 1949:

During the Cold War, the alliance of countries formed as a result of the Washington Treaty promised to defend itself against possible attacks by the Soviet Union or any of its allies. The intention was to prevent any kind of aggression from the Kremlin against any of the allied countries of the North Atlantic bloc and, if this happened, the response to the attack would be joint.

Although with the end of the Cold War and the fall of the Soviet Union in 1991, this alliance seemed to have lost its sense of being, the truth is that the new problems of the Western bloc have caused it to continue to have the same strength as then. The rise of the Eastern powers, terrorism or the recent war between Russia and Ukraine have given NATO back its importance.

At the moment, NATO is made up of 30 countries, among which are the 12 countries that created it in 1949: United States, Canada, Belgium, Denmark, France, Holland, Iceland, Italy, Luxembourg, Norway, United Kingdom and Portugal.

The entry of the 21st century made Romania, Bulgaria, Slovenia, Slovakia, Estonia, Latvia and Lithuania also join in 2004 and in 2009 Albania and Croatia were chosen. In 2017 Montenegro also joined and in 2020 Macedonia was the last to enter.

Sweden and Finland could be the last to join this long list of countries that make up the Alliance. Only three neutral countries would remain: Austria, Switzerland and Ireland.

These 30 countries that make up the North Atlantic Alliance will also be joined by other international leaders from countries that are not part of this organization. This is the case of Sweden and Finland –which have already formally started their accession process–, Australia, South Korea, Japan and New Zealand –with the concern of the Pacific and the Chinese challenge on the table in one of the meetings– and other such as Austria, Cyprus, Ireland and Malta.

The president of Georgia and, by video call, the president of Ukraine, Volodímir Zelenski, will also attend. The great absentee for obvious reasons and that could condition the course of the event will be the Russian Vladimir Putin.

1 IFA Group exceeds 33,000 million consolidated turnover... 2 Cilic and Berrettini, Nadal's potential rivals,... 3 The nights of the racecourse are back, 'The plan... 4 Heurtel is honest: "I destroyed what I was trying... 5 They evict the Tefaf fair in Maastricht, after an... 6 PSOE and United We Can support that Congress investigate... 7 Page announces a “grand opening” of the Guadalajara... 8 From a 'troubled gay concentration' to the... 9 Catalonia lowers university prices for the third consecutive... 10 A man kills his 92-year-old grandmother in Sant Gregori... 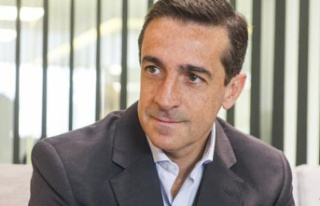