Heurtel is honest: "I destroyed what I was trying to build with a great club like Madrid"

The good end to the season of the Real Madrid basketball section after lifting the ACB title does not overshadow what has been a winding year to say the least. 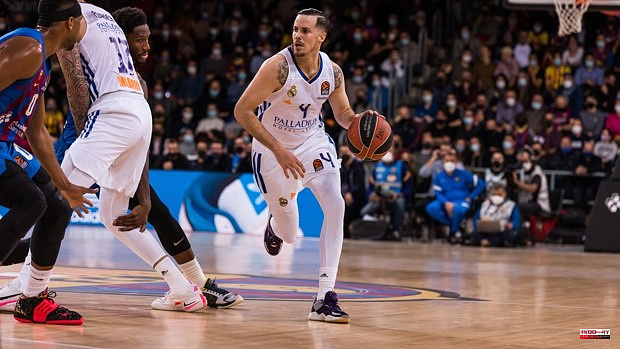 The good end to the season of the Real Madrid basketball section after lifting the ACB title does not overshadow what has been a winding year to say the least. Bouts of negative results in the middle of the campaign that led to doubts about the staff and the squad, Laso's health problems and the off-sports conflicts of Thompkins and Heurtel, made a campaign with a happy ending too complicated.

One of these darkest points of the season was experienced at the end of March, in the run-up to a Euroleague game against Panathinaikos. Thompkins and Heurtel went out partying on the eve of the match, Laso found out and, from that moment, the role of both players in the team became residual.

In the case of the Frenchman, he played a few minutes against Baskonia in the playoff semifinal to close his gray journey in the Spanish capital. «I left for Athens the day before a match. The context was complicated, the team was going through a losing streak. I destroyed what I was trying to build with a great club like Madrid. If I could go back, I would never make the same mistake. We had an argument a few days later, I apologized. They decided it. I have paid like a big boy. I won't do it again, but he ate me up inside », the French point guard regretted to 'L'equipe' in an extensive recent interview.

However, Heurtel confirmed that there was no clash with Pablo Laso: «The group has always been united, even the team came to my house to celebrate my son's birthday. After Athens, the atmosphere was colder. That hurt. But there was no clash between Laso and me, neither before nor after. His heart attack was a very difficult moment ».

In the same interview, the former Barça player spoke about his absence in the Final Four: «I am convinced that he could contribute, whether it was one, ten or twenty minutes. I would have loved to have had the opportunity. After Williams-Goss was injured, he expected to play. But Laso had made a decision and stuck to it. I had no choice but to accept it."

A year before his disagreement with Real Madrid, Heurtel also starred in a significant brush with his former team, F.C. Barcelona, ​​in Turkish airport. This is how the French international explained it: “My former agents were negotiating an exit and were talking with Madrid, while Barcelona thought I was going to sign for Fenerbahçe. My agents asked me to travel with the team to Istanbul and Barça found out about Madrid before the game against Efes. At the end of the night I was in the parking lot and at the foot of the bus they told me: «We're leaving and you stay. We've booked a plane ticket for you tomorrow." Luckily, Beaubois (Efes escort) was still in the pavilion and brought me back. It is clear that he should have refused me to go to Istanbul, put his cards on the table and said with whom we were negotiating; even if it meant risking their denial. The club has always been clear and fair with me. Afterwards, the club and Jasikevicius are two different things... After his arrival, everything changed. And after the Istanbul incident, they wouldn't even talk to me. It was very hard for me and my family."

After two campaigns starring the off-sports aspects, the future of the 33-year-old foreigner is uncertain.

1 They evict the Tefaf fair in Maastricht, after an... 2 PSOE and United We Can support that Congress investigate... 3 Page announces a “grand opening” of the Guadalajara... 4 From a 'troubled gay concentration' to the... 5 Catalonia lowers university prices for the third consecutive... 6 A man kills his 92-year-old grandmother in Sant Gregori... 7 Renfe's 'beach train': these are the... 8 The National Court refuses to apply the Atristain... 9 Lesmes takes to the plenary session on Thursday the... 10 The PP denounces the poor state of the containers... 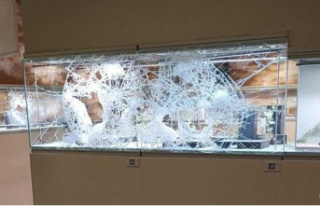 They evict the Tefaf fair in Maastricht, after an...