Lawyers and associations affirm that revolving claims are still viable 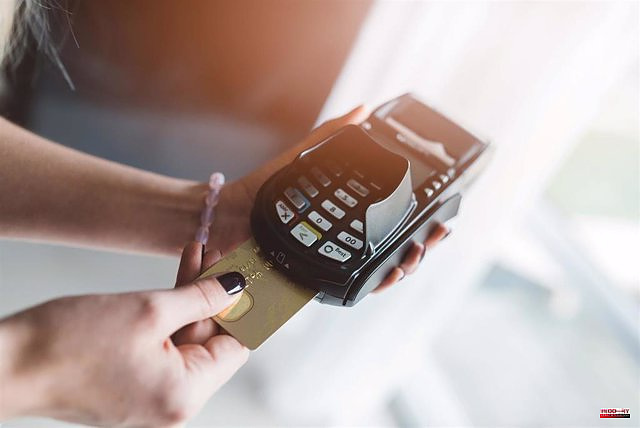 Law firms and financial user associations insist that claims for revolving cards are still viable, with the possibility of alleging both possible usury and lack of transparency in the marketing of these products.

Specifically, this week a ruling by the Supreme Court was made known in which it determined that a revolving card, contracted in 2006 and that had an APR of 24.5%, was not usurious, since on the dates close to its issuance it was It is common for the revolving contracted with large banking entities to exceed up to 26% per year.

In this regard, the platform 'Reclama Por Mí' points out that the news of this ruling "has caused great confusion" about the usury limits of these cards and has led the Supreme Court's technical office to make an explanatory note.

The platform explains that this new sentence is based on the fact that the interest rates applied by the main banking entities on revolving cards, in 2006, "frequently stood at APRs of between 23% and 26%". However, it should be noted that the 2006 rate data is not supported by the Bank of Spain, as it began publishing average revolving interest levels in 2010.

In this sense, Arriaga Abogados has indicated that the plaintiff in the case, a banking entity, would have provided as data from the Bank of Spain "some that really are not"; Instead, it would be "simply legal studies and tables with average and maximum rates prepared by financial associations."

Thus, this law firm considers that these documents "should not have been considered valid as evidence", although, due to formal procedural requirements contained in the law, the Supreme Court "is limited when it comes to issuing its decision and must decide solely on the basis of the evidence provided".

In its explanatory note, the Supreme Court indicates that "it cannot review" the previous procedure that led to the appeal before the high court "unless the borrower justifies, through the extraordinary appeal for procedural infraction, the obvious error in the valuation of the proof".

"As in this case the borrower did not discuss this point, but limited himself to requesting that the term of comparison be the general term for consumer credit, the appeal is dismissed," the Supreme Court deepens, pointing out that this resolution is neither a rectification or qualification of the jurisprudential doctrine of March 2020 "which must be applied based on the facts that are proven in each case".

It should be remembered that the Civil Chamber of the Supreme Court determined on March 4, 2020 that revolving card contracts with interest rates higher than the normal rate of money should be considered usurious, for which the average interest rate of credit operations through credit cards and revolving statistics from the Bank of Spain. In said ruling, it used as a reference that the average interest on consumer loans corresponding to credit cards and revolving was somewhat higher than 20%.

'Claim For Me' affirms that the Supreme Court ruling of March 2020 "already established the limits of usury and the comparisons to be used depending on the year of contracting and always taking into account the tables published by the Bank of Spain." "The path was already signposted, having established the same jurisprudential doctrine having been dictated by the Plenary," adds the platform.

Likewise, he recalls that in recent years the Provincial Courts "have already hinted at their criteria regarding usury, having sometimes even published agreements reached in their Civil Sections to avoid contradictory pronouncements."

Thus, the claims platform ensures that the result of this sentence "deals with a specific case and, after the explanatory note, the situation of both the plaintiffs and those affected has not changed."

"In fact, this case is very good news for those affected, although it may have seemed otherwise after all this confusion. The explanatory note reiterates the Supreme Court's ratification of the March 2020 ruling and shows that justice is on the side of consumers when claiming for a revolving card", says the director of the legal department of 'Reclama Por Mí', Cristina González Piñeiro.

For its part, the law firm Arriaga Asociados has shown confidence in being able to continue "defending the interests of consumers" and, to this end, will continue to use the principles contained in the Usury Repression Law, as well as the possible lack of transparency in the marketing of credit cards.

After analyzing judgment 367/2022, of May 4, of the Supreme Court, Asufin has also concluded that the high court "is not questioning usury or determining a bar in this regard", but rather clarifies that, in accordance with the specific circumstances of the case, usury is not appreciated because the prices of equivalent products are not being compared, as it is intended to do so with a consumer loan.

However, Asufin has insisted that the defense of consumers in cases related to revolving cards "should not focus only on usury, but also on the clear lack of transparency" that can occur in the marketing of this type of credit and that would have caused "situations of over-indebtedness in many families".

1 War in Ukraine: Russia to create new military bases... 2 Jean-Louis Gasset will become the new coach of Ivory... 3 Sweden describes as "disinformation" the... 4 Isma López: «I am proud to have been a super promise... 5 Siemens Gamesa enters Serbia with the installation... 6 María Toledo premieres 'Looking for a dream',... 7 The Canary Islands gain strength to be the future... 8 The PP proposes Elena Candia to replace Diego Calvo... 9 La Sagra Gluten Free, the premium beer from Toledo... 10 Pikolinos executive Rosana Perán is elected national... 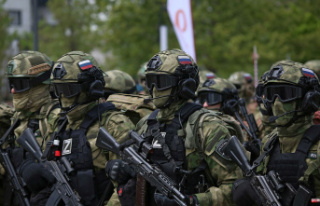