The Government of Spain has made official its support for the candidacy of the Canary Islands to host the headquarters of the future European Tourism Agency, which the President of the Canary Islands, Ángel Víctor Torres, has defended during the meetings held within the framework of the Conference of Regions Outermost Conferences held in Martinique. 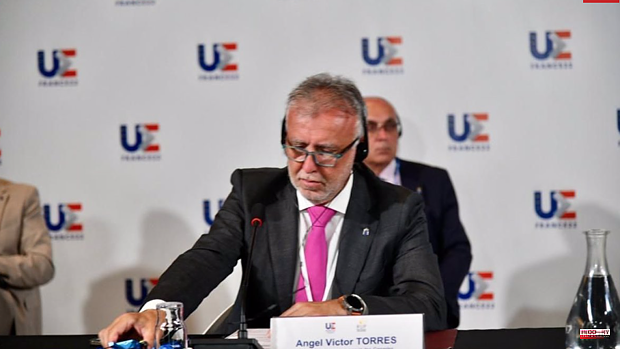 The Government of Spain has made official its support for the candidacy of the Canary Islands to host the headquarters of the future European Tourism Agency, which the President of the Canary Islands, Ángel Víctor Torres, has defended during the meetings held within the framework of the Conference of Regions Outermost Conferences held in Martinique.

Torres has reported that the Minister of Tourism, Reyes Maroto, has contacted him to inform him that she has sent a statement to the General Director of Overseas France, Sophie Brocas, in which the Government of Spain officially supports the proposal from the Canary Islands Brocas is ultimately responsible for preparing the Council's conclusions on the ultraperiphery next June as head of the French Presidency.

The support for the Canarian candidacy has been endorsed within the framework of the RUP Conference in Martinique, and in person, by the General Secretary for the EU of the Government of Spain, María Lledó, who intervened in the working session between the RUP presidents and the representatives of the three States (Spain, France and Portugal).

"A fourth and very important step has been taken that confirms the commitment made by Pedro Sánchez last year and that drives our candidacy." Torres considers that the Canarian proposal is more than justified "by our infrastructures, our potential for the development of sustainable tourism and for being the European destination with the most overnight stays in the European Union", he pointed out. In addition, added the president, "there are no headquarters of any European agency in the outermost regions and this is an ideal opportunity for that step to be taken".

The head of the Canarian Executive highlighted the 15 million tourists that the Canary Islands receive on average per year, and that the average stay is also longer than in any other tourist destination (between 7 and 8 days), “an argument more weighty”. In the same way, he valued the strength of the Canary Islands as a first-rate tourist destination "which is recovering in record time, already achieving tourist records that existed before the pandemic." Torres insisted that the Canary Islands are more than ready to host the headquarters of the European Tourism Agency and to host events of international relevance such as the one that will take place in the Islands in December this year, with the celebration of the Ministerial Conference on the Digital Economy of the OECD, which brings together the heads of the matter from the 38 countries that make up the Organization for Economic Cooperation and Development.

1 The PP proposes Elena Candia to replace Diego Calvo... 2 La Sagra Gluten Free, the premium beer from Toledo... 3 Pikolinos executive Rosana Perán is elected national... 4 Rueda urges Sánchez for the pending commitments:... 5 Germany approves the monthly public transport pass... 6 Alert on detected scams of false collectors of electricity,... 7 DIRECT. Giro 2022: the 13th stage of the Tour of Italy... 8 The DGT and the debate on the new measures that may... 9 Yolanda Díaz criticizes the behavior of the emeritus,... 10 Alonso charges against the referees: "The stewards... 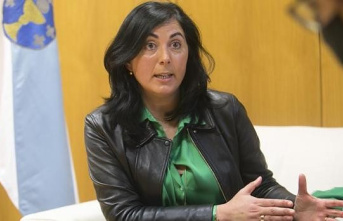