Isma López: «I am proud to have been a super promise and continue fighting»

Ismael López Blanco (Pamplona, ​​01-29-1990) left Tajonar to join Lezama and debuted with Athletic as one of the most solid pearls of the subsidiary. 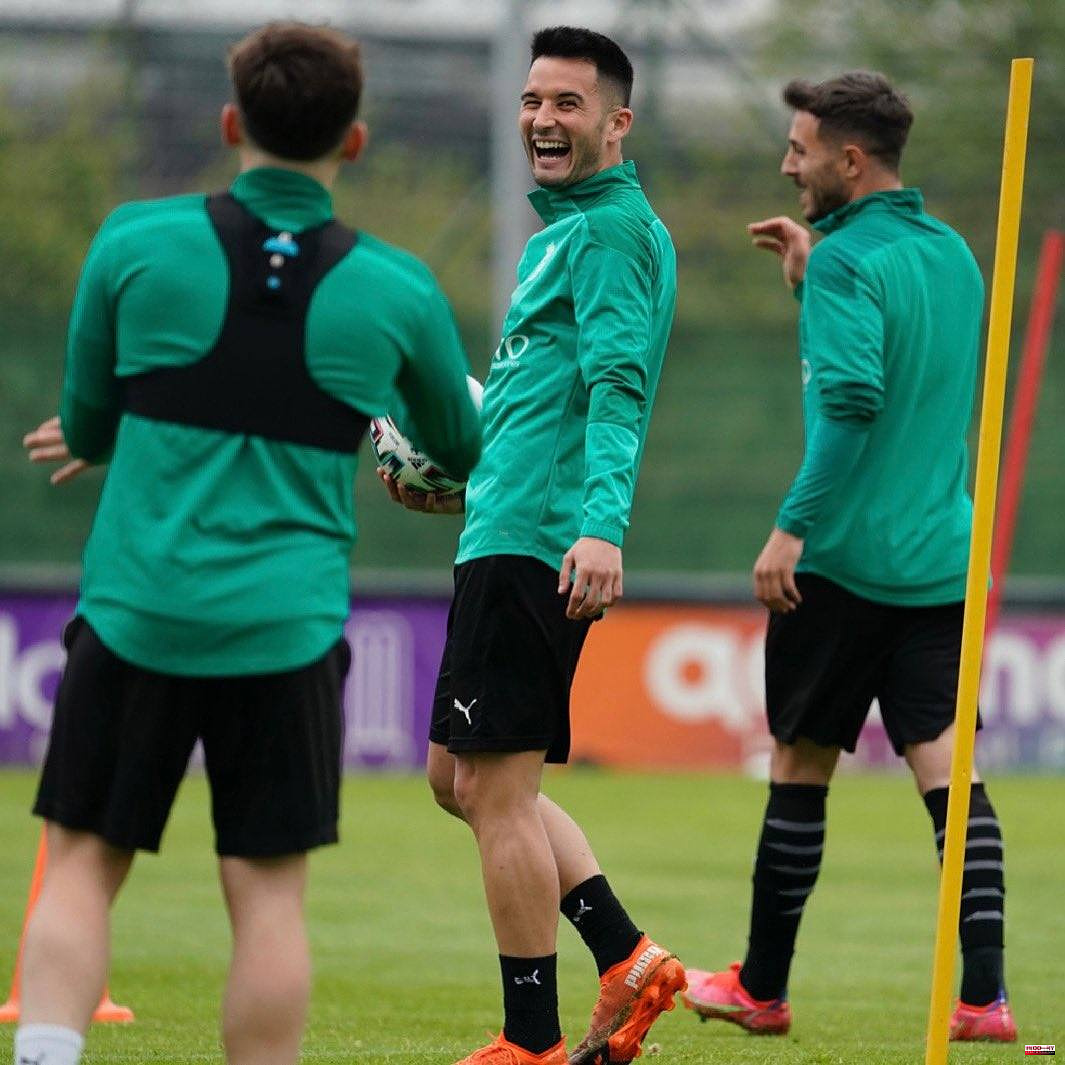 Ismael López Blanco (Pamplona, ​​01-29-1990) left Tajonar to join Lezama and debuted with Athletic as one of the most solid pearls of the subsidiary. He later went through Real Zaragoza, Lugo, returned to Athletic in the 2012-13 season, stood out at Sporting and lived various experiences at AC Omonia Nicosia, Tenerife, Dimano de Bucharest. In the end, he ended up at Racing de Santander in January 2021.

“We will play our match with total respect for the competition and we will see”, launches the Navarrese winger before the appointment this Saturday (8:30 p.m.) with Bilbao Athletic. The converted left-back elaborates a lot on his phrases from the good sense, the grounds and the experience that his career has given him. “I am from Osasuna, I am from Athletic and I am from Sporting,” he points out and reveals that the Osasuna board curtailed his signing on some occasion due to that famous landing at Athletic at the end of his cadet stage with Javier Eraso.

- Well, I'm very comfortable, the club is working very well. There was a time when it was more turbulent, but now the club is stable and that has allowed us to be calmer. We have had a great year. In addition, there is a good communion with the fans. Happy, really.

- And with Racing promoted to the SmartBank League being first, which is not easy at all. Objective accomplished.

- We had set a more short-term goal with this category that had undergone a complicated transformation. We started behind Deportivo, who had a great first lap. But we have been more constant and in this second round everything has gone smoothly, linking a streak of 19 games without losing. We have achieved a promotion almost at the end of April, which is something quite commendable. It is not usually like that. The team is one step closer to the position that corresponds to this city, which must be at least in Second.

- Isma López started as a starter after last season being important, but it has been diluted, with your coach trusting Satrustegi and even Simón ahead of you. Romo said, however, that he was "the best left-back in the category" and that he "surpasses them all as a professional" in terms of his commitment to the team. Isn't that lack of minutes a bit surprising?

- I have had a good relationship with the coach, he came, we talked and he made me captain. He has demanded in that position just something different from me. He has practically played every game with Satrustegi, who is more central. Those characteristics that he has, which are different from mine, have been good for us. The coach was clear that everything was built on a solid defense and Eneko (Satrustegi) stands out more. There are years that you have to be more protagonist and years that you have to be less. The important thing in football are the collective objectives and I am happy because they have been achieved. We have had a great year.

- The contractual situation of Isma López and Racing extends until June 30, 2024, so he has two seasons left after renewing in the summer. Was there a danger that he would go abroad?

- Really, I have always had an outside market and I have been important, there are teams that know you and there is always this option. But already in the vital moment in which I find myself, I prioritize other things. I have two more years of contract in Santander and I do not consider anything. We always think about the future and forget about the present. I am focused on that. In summer we will see what situations can occur. I'll have news, if I have to, through my agent. If not, to continue here in a project that I really like. A good group has remained.

- Will you have minutes in Lezama this Saturday and are the less usual players supposed to play?

- The truth is that the coach has the ambition to keep the most important people this year plugged in because we have the mission of that match of Champions of the First RFEF in two weeks. Having achieved promotion so soon, the coach does not want people to disconnect and lose form. We really don't know if those who have participated the most or those who have participated the least will play. We try to be as professional as possible and we will try to win the match. It will be difficult because Bilbao Athletic is playing for salvation.

- Do you follow the news of the rojiblanco subsidiary?

- Yes, I follow them. Now he has these two games ahead of him to certify salvation and a priori we are already promoted, but we are a dangerous rival. The other will be somewhat more affordable, although Talavera will face rivals that it can also beat, so that uncertainty remains. It's going to be a nice game and we both want to win.

- The wingers of Lezama, Luis Bilbao and Malcom are in fashion, just as you stood out as the left winger of Bilbao Athletic in your day...

- Yes, there is also Nico Serrano, who I have seen in the U-19 team with my partner Pablo Torre, there is Beñat Prados, Paredes... I follow the team. Something worse started, then a better time and down there it is difficult to deal with it. I don't know if it will give them to save themselves or not. Although it seems that we have nothing at stake, last day Valladolid B was playing for relegation and we were able to beat them. We will play our match with total respect for the competition and we will see.

- What memories do you have of your time at Athletic, what did you lack to succeed and spend more time at San Mamés?

The word success is relative. It is subjective. There will be those who believe that success is playing for Barça or Real Madrid or City, others that at Athletic for ten years, and others that the mere fact of reaching the First Division is success. I see myself, I see what I have fought to achieve, how much or how little I have achieved. I have fulfilled goals like playing in the First Division, being important in the First Division, not in Bilbao, but in Gijón. Others have remained to be fulfilled. I have given everything I had so far. I am proud, more than the numbers, of the pure statistics, of the fact of having had better moments, worse, of not having given up. From when it seemed like it was going to be a super promise and then I had a bad time, but I haven't given up. Or when people thought they were not going to get anywhere, and have arrived. I know or that I have fought and I have to be satisfied.

- When you go to Pamplona to visit your family, do they keep reminding you when you ended up in the Athletic youth squad and relations with Osasuna and also with Javi Eraso were broken?

- I made that decision at the time, it was convenient for me. The club bet a lot on me with the figure of Koldo Asua and I wanted to make the right decision. I think I took it. My only goal since I was little was to be a professional footballer and I have achieved it. Maybe I would have managed to stay in Osasuna, but I don't regret having taken that step. It is true that it has affected me in my career. There have been times when sports directors have negotiated with me to return home and finally the board has not authorized the transfer. It has had an impact, but I don't hold any kind of grudge against anyone. Things were said that were lies to make me the bad guy, but I know how football is set up. I am a member of Osasuna and when I go home, I go to El Sadar. I don't have any kind of problem. I'm very fond of the clubs that have helped me achieve what I've achieved. I'm from Osasuna, I'm from Athletic and I'm from Sporting.

- With the winger Jesús Areso relations were also broken again with Osasuna and he returned...

- Yes. You make decisions, the clubs do too. The clubs also sign players from other academies. It is an issue that we must try to normalize. They are specific moments that I am sorry that it will have repercussions later. Football takes many turns, they are nothing more than sports decisions despite the fact that you have affection for a club. I know what sells and interests. 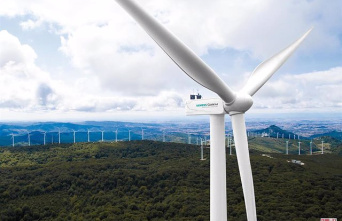