"If before June 30 we sign one or two of the options, we will have largely cleaned up the club's economy". 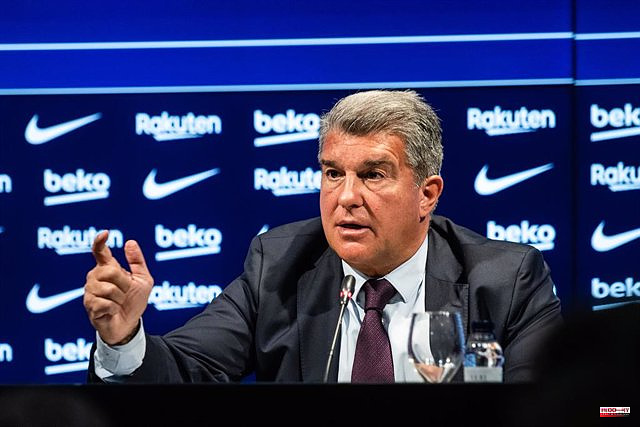 "If before June 30 we sign one or two of the options, we will have largely cleaned up the club's economy"

The president of FC Barcelona, ​​Joan Laporta, pointed out that if before June 30 and the financial end of the season they can execute one or two of the levers or operations they are working on --an agreement with CVC or the sale of 'Barça Studios '-- they will have "cleaned up" the entity's economy and, if so, they would have financial 'fair play' to sign but "without debauchery".

"If before June 30 we activate one of the options or two of them, we will have largely cleaned up the club's economy, which does not mean that we should not be prudent. It will never happen again that there is debauchery in a healthy economy," he assured in an interview on the 'Tot costa' program on Catalunya Ràdio.

In this sense, he believes that it would be "praiseworthy" and "spectacular" to recover negative own funds of 500 million euros in one year. ""We have signed many sponsorships and the club is becoming more and more alive. There are many brands and investors who want to invest in Barça. But not even if we have the money to do it, we would do it, because it would distort our salary structure. We neither can nor want to go for those operations", he reiterated, speaking about the salary requested by Kylian Mbappé or Erling Haaland.

And those options are many. One of them, the sale of BLM (part of the club's 'merchandising') or 'Barça Studios', and another is the agreement with CVC, modified with respect to the one offered by LaLiga and which the club rejected. Operation, that of 'Barça Studios', for which he hopes to enter more than 200 million euros.

"We have six interested parties in 'Barça Studios', and it could be very interesting to do this operation, and hopefully it can be done before June 30. Then there are other levers, such as CVC, which guarantees to have more 'fair play' because of how the operation is conceived," he explained.

But, after making it clear that they would not do crazy things despite having room for maneuver at the economic level to go to the transfer market, he did not want to specify anything about the Lewandowski option, who has confirmed that he wants to leave Bayern Munich despite having a contract until 2023.

"Let's let the sports director and the technical secretariat work, who work to make the team more and more competitive and it's not easy, we come from a very complicated economic situation. The priority is to clean up the club's economy. And in a year that We have cleaned it up to a large extent. If we manage to clean it up, we will be able to face the operations we are contemplating," he added.

In the sports field, however, he neither commands nor wants to do so. "Xavi commands in the sports field, also with Mateu and Jordi. In most cases, I will do what I always do, what the professionals to whom I delegate that function say", he pointed out.

On the other hand, he put an "approved 'fair'" to the season of the men's soccer team. "In the final stretch of the League I would consider a 'fair' pass. Losing always has consequences. This year we changed the coach. Since we changed, we have gone from ninth to second. If it is outstanding, notable, passed or failed, it is approved 'justito' because at Barça we want more," he added.

"But there was a moment when, without injuries, there was hope of hooking up with LaLiga. It hasn't happened but the game has improved, Xavi has done very well within the possibilities that he had. Now we have to strengthen the team to make it more competitive ", he stated.

What he is clear about is that he will ask the team to "have ambition". "I don't want the level of ambition to drop. You have to believe to win, and the message goes to the Catalans in general and to the dressing room, so that they don't let their guard down. But it's true that we are a club that goes beyond desperation to euphoria and vice versa. We have to continue being ambitious, we cannot be conformists", he was sincere.

In another order of things, asked about Ousmane Dembélé and his renewal or departure, it was clear. "I think that he would like to stay but that he is very tempted by other options that surely offer conditions that they may consider better than ours. The offer is presented, on time, they have taken a margin to answer us until the end of the season", pointed. "I don't know if we'll get to the end soon, we should have already had an answer, before, but we can't force it," he lamented.

This week and weekend is key for the club, on the one hand, the Final Four of the Euroleague basketball --semi-final this Thursday against Real Madrid-- and, on the other, the Champions League final between Barça Femení and Lyon, in which the entity seeks to revalidate the historic 2021 title.

"I think the women's football team has had an extraordinary season, one more, and they are the ones who play the best. I think we have great chances of winning the final. In fact, for that reason, the concern would be that Lyon has always made it difficult for us , we haven't won them. But I hope we take the victory, we have to play without trusting ourselves", he pointed out about that female 'Champions'.

"In basketball it's more difficult, we have a very complicated semi-final against a Madrid team that we've won every game, and when this happens, the statistics say you can lose one... It's an exciting semi-final, a 'Final Four'. And in the final, the two rivals are very strong and it would be very complicated", he commented on the options of winning a Euroleague that last year escaped in the grand final, against an Efes that could be the rival again.

If the basketball team went to the final, on Saturday in Belgrade, it would coincide with the Champions League final, in Turin. "It would be a fantastic problem to have to choose between two finals, the Euroleague and the women's 'Champions'. I will do what is convenient. But it has me worried because I would like to be in both places. I will make the decision in the interest of the club" , he pointed.

1 War in Ukraine: France to intensify deliveries of... 2 Amber (Koh Lanta): who is her fellow volleyball player... 3 Ukraine: the war is entering a “prolonged phase”,... 4 [IN IMAGES] Prince Charles and his wife Camilla begin... 5 The first script for a short film by Benissero Raúl... 6 The vice president of Vox in Burgos resigns after... 7 The Bishop of Cuenca regrets the "shame of others"... 8 Air France inaugurates its direct Paris-Quebec service 9 Victor Wanyama is the highest paid at CF Montreal 10 The emir of Qatar announces an increase in investments... 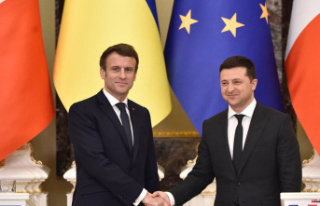 War in Ukraine: France to intensify deliveries of...