Prince Charles and his wife Camilla kicked off their visit to Canada on Tuesday, kicking off a three-day trip to the country, where they were called upon by the Governor General, Queen Elizabeth II's official representative in the country, to "speak to Indigenous Peoples". 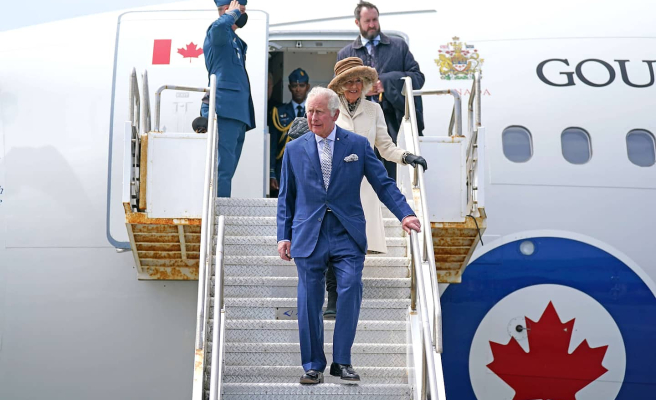 Prince Charles and his wife Camilla kicked off their visit to Canada on Tuesday, kicking off a three-day trip to the country, where they were called upon by the Governor General, Queen Elizabeth II's official representative in the country, to "speak to Indigenous Peoples".

The princely couple made their first stop in Saint John of Newfoundland, where they were welcomed by Canadian Prime Minister Justin Trudeau and Governor General Mary Simon, herself an Aboriginal.

“I encourage you to talk to Indigenous peoples to hear their stories, their successes and their solutions and I encourage you to learn the truth about our history, the good sides, as well as the bad,” urged Ms. Simon.

The visit comes nearly a year after Canada discovered the first unmarked children's graves at the site of former Indian residential schools, which caused outrage and exposed the country's colonial history.

Upon their arrival, Prince Charles and Camilla took part in a walkabout, shaking hands with Canadians massed near the entrance to the Confederation Building.

"I know our visit here this week comes at an important time for Indigenous and non-Indigenous people across Canada, who are openly and honestly reflecting on the past to build a new relationship for the future," the prince said. Charles.

The welcoming ceremony was marked by a prayer in Inuktitut, the traditional language spoken by the Inuit, as well as a musical performance by an Inuk soprano and a traditional Micmac song.

The princely couple must then go to the capital Ottawa, then Thursday to the Northwest Territories, this region of northern Canada on the outskirts of the Arctic, which is heating up three times faster than the planet.

“(Prince Charles) wants to talk about the environment and the natives want to talk about religious boarding schools,” historian and expert on the British monarchy, James Jackson, told AFP.

“The three provinces that were most affected by the scandal of these religious residential schools were British Columbia, Saskatchewan and Alberta, which he avoids this time. By going to the N.W.T., he can talk at his ease about the environment without talking too much about the residential school scandal,” he continued.

This royal visit comes at a delicate transition period for the British monarchy, heckled during two recent princely trips to the Caribbean, when first Prince William, then Prince Edward, were called upon to apologize for the slavery past of the UK.

Queen Elizabeth, 96, has also canceled almost all of her public appearances for the past seven months due to health concerns, even though the 70-year-reigning monarch made a surprise visit to the inauguration of a row on Tuesday. London Underground bearing his name.

Despite the deep affection that two-thirds of Canadians have for the Queen, whom they have known all their lives, 51% want the end, for the next generations, of the constitutional monarchy, according to a recent poll by the Canadian institute Angus Reid.

At a time when Canada is re-examining its colonial past, 65% refuse the idea of ​​Charles, 73, becoming king and head of state of Canada, and 76% refuse to recognize Camilla, 74, as their queen.

1 The first script for a short film by Benissero Raúl... 2 The vice president of Vox in Burgos resigns after... 3 The Bishop of Cuenca regrets the "shame of others"... 4 Air France inaugurates its direct Paris-Quebec service 5 Victor Wanyama is the highest paid at CF Montreal 6 The emir of Qatar announces an increase in investments... 7 Shawn Barker Brings His Johnny Cash Tribute Show to... 8 Richard Gasquet beats world No. 2 Daniil Medvedev... 9 The unsolved unknowns of the Manises UFO that forced... 10 The number of accidents is on the rise again in Quebec 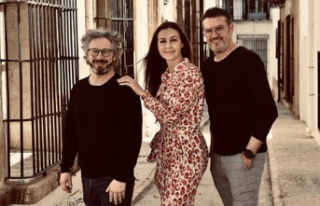 The first script for a short film by Benissero Raúl...