Controversy in Cuenca, after six people carried out a clearly obscene photo session on Monday in front of religious temples. 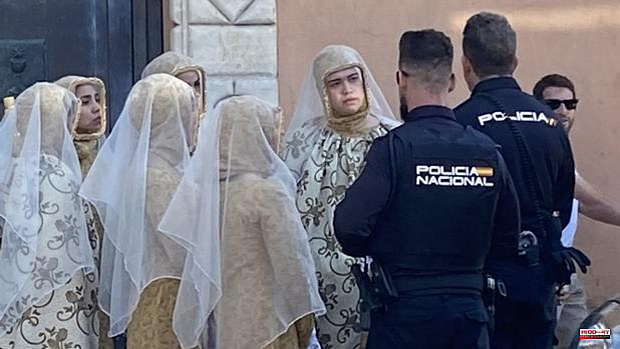 Controversy in Cuenca, after six people carried out a clearly obscene photo session on Monday in front of religious temples. The National Police was alerted and went to the door of the church of the Virgen de la Luz, patron saint of the city and located in the San Antón neighborhood, where they found a woman characterized as if she were the Virgin Mary, who was posing together with five other people. They were squatting and semi-naked, with a braid of hair that covered both the opening of the buttocks and that of the genitals.

The agents identified the group and asked them to abort the mission, since "these types of obscene photos cannot be taken." In addition, they explained to those present that, if there were minors, they could be committing the crime of indecent exposure.

However, they were not fined or detained. Apparently, these people had carried out a similar action in front of the Cuenca cathedral, although the Police did not receive any calls. According to the journalist Manuel Noeda, it would be a 'performance' by the Chilean group Yeguada Latinoamericana.

The incident was condemned this Tuesday by the Bishop of Cuenca, José María Yanguas, for whom they are "scenes that deserve the firm rejection and unreserved censorship of every person of good sense and, all the more reason, that of so many people of faith. , who feel humiliated and wounded, rightly so, in their most intimate feelings».

According to Yanguas, "it is difficult to understand the reasons that can lead a person to act in a way that damages the most elementary respect due to others", because they are behaviors that produce "embarrassment and shame in others". "It is in no way admissible to confuse the right to have and defend one's own convictions with gross insult and gratuitous offense against the faith of other people, with the sole purpose, moreover, of annoying and irritating," the bishop said in a statement. release.

1 Air France inaugurates its direct Paris-Quebec service 2 Victor Wanyama is the highest paid at CF Montreal 3 The emir of Qatar announces an increase in investments... 4 Shawn Barker Brings His Johnny Cash Tribute Show to... 5 Richard Gasquet beats world No. 2 Daniil Medvedev... 6 The unsolved unknowns of the Manises UFO that forced... 7 The number of accidents is on the rise again in Quebec 8 Ukraine denounces the forced deportation to Russia... 9 Exhibition: these nuns who have advanced science 10 These will be the cheapest hours of light on Wednesday 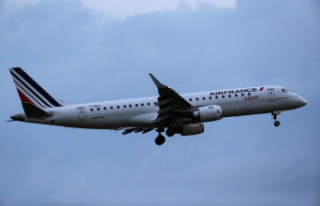