Invites the King and Queen to attend the inauguration of the World Cup that their country will host at the end of this year. 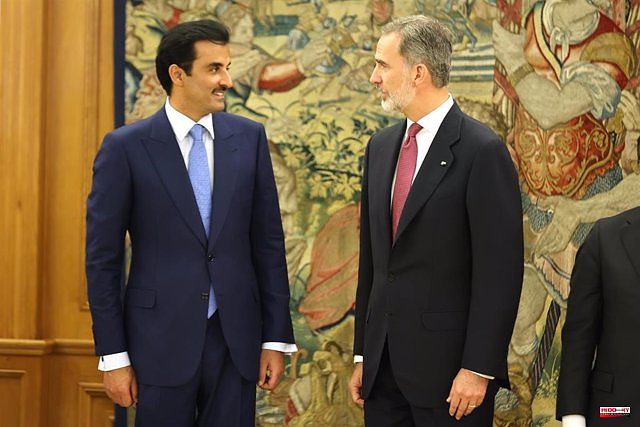 The emir of Qatar Tamim bin Hamad al Thani announced on Tuesday that he had given instructions to increase the investments that his country is carrying out in Spain, at the end of the first day of his state visit.

This was revealed during the toast on the occasion of the gala dinner in his honor offered by the King and Queen at the Royal Palace, which was attended, among others, by the Prime Minister, Pedro Sánchez, with whom he will meet tomorrow.

The Qatari sovereign recalled that 2022 marks the 50th anniversary of the establishment of diplomatic relations which, he said, "have been characterized by continuous development and growing cooperation in all fields, particularly in education, health, investment, energy and economy.

All this, added the emir, is proof of Qatar's confidence in "the strength of the Spanish economy". In this sense, he has indicated that today he himself has given instructions to "increase" investments in Spain.

These investments, he underlined, "will have added value to our already existing successful investments in Spain, bearing in mind that Qatar is considered one of the largest Arab investors in Spain".

On the other hand, the emir took the opportunity to congratulate the King and the Spaniards for the classification of the Spanish team for the World Cup that Qatar will host at the end of this year, at whose inauguration on November 21 he has invited Don Felipe and Doña Letizia to attend as well as the parties that interest them.

Likewise, he thanked on behalf of himself, his wife and the large delegation that accompanied him on his first state trip to Spain, "the welcome and generosity of the reception" and wished "more progress and well-being" to the Spaniards .

1 Shawn Barker Brings His Johnny Cash Tribute Show to... 2 Richard Gasquet beats world No. 2 Daniil Medvedev... 3 The unsolved unknowns of the Manises UFO that forced... 4 The number of accidents is on the rise again in Quebec 5 Ukraine denounces the forced deportation to Russia... 6 Exhibition: these nuns who have advanced science 7 These will be the cheapest hours of light on Wednesday 8 Biden softens his policy towards Cuba by filing down... 9 NATO rises from its "brain death" 10 Putin and his accomplices banned from entering Canada 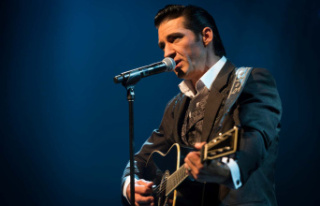