Italy holds municipal elections, a test for the 2023 generals

The municipal elections that are being held today in Italy are an important test to see the evolution and trend of Italian politics before the general elections, which will be in about nine months, predictably next March. 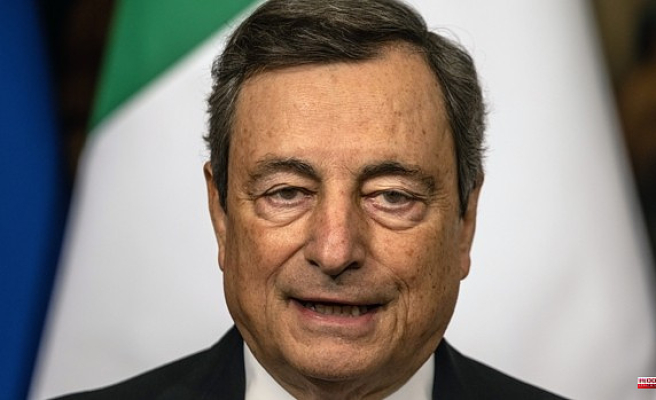 The municipal elections that are being held today in Italy are an important test to see the evolution and trend of Italian politics before the general elections, which will be in about nine months, predictably next March. More than nine million Italians are called to vote in 978 municipalities (12.4% of the total of 7,904 local entities), including 26 provincial capitals and four regional ones.

For a long time, the polls have given the winner to the center right. But today the polls will give indications about the balance of internal power between the three parties of that coalition, especially between Matteo Salvini's League, which has lost appeal among its voters: it won 34% in the elections to the European Parliament in 2019, and today around 15% in intention to vote.

Salvini sees his leadership within the party as being highly questioned, because he has made a series of mistakes. The most recent has been his frustrated trip to Moscow with the aim of mediating in the war in Ukraine. Salvini, who always praised Putin, has seen his dream peace mission fail miserably, because it was a project without head or tail. Meanwhile, Giorgia Meloni, leader of Fratelli d'Italia and Salvini's center-right rival, is rising to become Italy's top party, with almost 22%, according to polls. Silvio Berlusconi's Forza Italia remains around 8%. The divisions are notable between the center-right parties, but in the end they maintain a certain unity, due to their desire to win and because the electoral system favors coalitions.

Also in the center left, these municipal elections will serve to verify the result of the Democratic Party (PD)-5 Star Movement pact. Enrico Letta's PD needs the M5E in order to form a coalition with the hope of standing in the general elections with any guarantee of success. But their differences are great. In fact, these two major center-left parties appear together in only 15 of the 26 provincial capitals where elections are held.

The electoral campaign has been overshadowed because, according to the Parliamentary Anti-Mafia Commission, there have been 18 cases of "unpresentable" candidates on the municipal lists, distributed from Friuli, in northern Italy, to Sicily, in the south. The president of the Anti-Mafia Commission, Nicola Morra, from the M5E, has warned about the need to protect voters: «It is a record number of candidates examined. The parties have not only not helped us, but they must do much more to stop mafia infiltrations. The things that happened in Palermo (Sicily) are saddening and soon similarly embarrassing things will be known.

The elections that are being held today in Italy are viewed with interest in the European chancelleries and in the United States, because their result could be a thermometer for the stability of Mario Draghi's government of national unity, of which all the major parties are part, with the exception of Fratelli d'Italia. Strong tensions have already begun between the parties of the government majority because they are thinking about the general elections.

Coinciding with these elections, Italy is once again in the crosshairs of international markets. The announcement of the rise in interest rates by the European Central Bank raises questions and concerns because the Italian foreign debt has reached 150.4% of GDP as a result of the pandemic. The strongest attack against the rise in interest rates has been launched by Matteo Salvini, accusing the ECB of "wanting to sell Italy as it did with Greece". Italy's risk premium has already stood at 234 points.

Mario Draghi, for his part, is closely watching the decisions of the ECB and the repercussions that these municipal elections may have for the stability of his government. For now, the prime minister is thinking of a countermeasure to curb the effect of the rate hike: Increase growth and lower taxes, particularly those related to work. According to Italian media, Mario Draghi has asked the Ministry of Economy to prepare a decree, which would be approved in July, in order to support the purchasing power of workers, companies and retirees. The new aid would be around 9,000 million euros.

1 Macron, an 'absolute monarch' surrounded... 2 Historical decline of the traditional right and left... 3 The French legislatures announce the fracture of traditional... 4 A 23-year-old man drowns in the Navacerrada reservoir,... 5 Review white blood cells without a single prick 6 Algorithms and virtual reality to train public speaking 7 A wave of layoffs hits technology entrepreneurship 8 María Benjumea: «The war can reduce investment in... 9 The sprint of the Spanish startup ecosystem conquers... 10 The new director of 'The New York Times':... 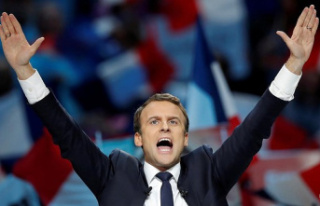