The French legislatures announce the fracture of traditional politics

France today opens a new page in its political history. 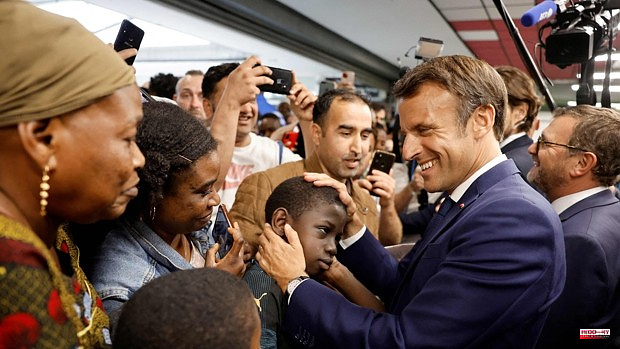 France today opens a new page in its political history. 48,747,876 voters are invited to vote, in the first round, for some of the 6,293 candidates who aspire to win the 577 seats in the National Assembly (AN), the first chamber of Parliament. The second and decisive round will take place on Sunday the 19th, when the national political landscape will have changed profoundly, with the spectacular confirmation of the populist extreme left and extreme right, as dominant forces, in a national scene of predictable and profound turbulence. Emmanuel Macron, Head of State, is alone, in the institutional matrix that must face unprecedented challenges since the creation of the Regime, the Fifth Republic, between 1958 and 1962.

The Constitution confers almost absolute powers on the president: he is the highest military authority; he is solely responsible for national diplomacy; from economic, national and European policy, to the appointment of prefects (representatives of the State in the departments), the president orders and commands, alone. The president of the US or the chancellor of Germany have less solitary powers. As a relative and theoretical counterweight, the Constitution grants the National Assembly (AN) legislative powers, which usually confirm or qualify the great presidential directives.

In sixty-four years of history, legislative elections have always chosen, for the most part, parliaments faithful to the president, belonging to the same political family. Only on three occasions, 1983, 1993 and 1997, did voters elect parliamentary majorities hostile to the incumbent president (François Mitterrand, Jacques Chirac). These parliamentary majorities, from the left or right, were always socialist, centrist or conservative because they were European, in favor of the political construction of Europe and the solidarity of the Atlantic Alliance and its integrated military organization, NATO.

After the re-election of Emmanuel Macron, on April 24, the French are invited to elect a new National Assembly (AN), in two rounds. In the first, today, the voters vote for all the candidates. The candidates who have obtained more than 50% of the votes are elected. Only those candidates who have obtained 12.5% ​​of the votes go to the second round. This model of electing deputies has a perverse dimension: candidates and parties that won the first round can be defeated and eliminated in the second.

The results of the presidential election and the polls and sociological studies announce an implosion of the traditional political landscape, the collapse of the historical parties of the left and right, and the division of the new political France into three great 'families' fought to the dog's face permanently: novelties without precedent in the history of the Fifth Republic.

The new political France is a France that is highly divided, fragmented, distressed and predictably turbulent, on the national and European scene, when a large majority of citizens have stopped believing in their parties and unions, victims of profound social anguish, whose first indicator electoral abstention is the highest since the creation of the Fifth Republic, which today could be higher than 50 or 52% of the electorate.

Pascal Perrineau, professor emeritus at Sciences Po., the great school of national political elites, comments on this data for ABC: «There is an abstention, let's say structural. Men and women who have stopped believing in the old parties, the old unions. There is also an abstention of rejection: voters who protest against the party system, where they do not find answers to their problems. There is, likewise, an abstention of opportunity: voters who do not recognize themselves in the proposals of the candidates that are presented in their territories. France is running out of representative intermediary bodies. And Macron has been left alone. The great advantage of him, the mediocrity of his rivals. His great problem, how to govern against the extremes ».

The latest studies and polls announce the division of the new political France into three large 'families', where more or less compatible sensitivities coexist, for better or worse. Renaissance, Macron's party, and his coalition of presidential majority parties, Together, could have 28% of the vote in the first round. Possible victory, very fair. The New Popular, Ecological and Social Union (NUPES), a coalition dominated by La France Insumisa (LFI, populist extreme left), led by Jean-Luc Mélenchon, could have 25%. The PS is overshadowed and partially 'invisible' in NUPES. The new majority left is anti-European and anti-Atlantic Alliance. Agrupación Nacional (far right), Marine Le Pen's party, could have 18%, followed by Los Republicanos (LR, traditional right), with 11%, and Reconquista (far right), with 6%. Six other small groups of diverse leftists, extreme leftists and independent environmentalists oscillate between 1 and 3% of voting intention in the first round. The same studies and projections announce, for the second round, an unprecedented and unprecedented National Assembly (AN) in the history of the regime.

According to the latest polls, Macron and his allies could get, next week, an absolute majority of 290 to 330 deputies; Mélenchon, an exceptional entry with 160 to 190 deputies, with a very low PS; Le Pen would make a historic entry into the National Assembly with 20 or 30 deputies; and the traditional right could go backwards but still have between 50 and 70.

If the polls were wrong and NUPES were the majority parliamentary force, an incendiary cohabitation would be considered. If they were relatively wrong, and Macron only had a relative majority, the president would have to resort to the remnants of the old traditional right to try to govern with many balances. If they are confirmed and Macron achieves an absolute majority, an unprecedented scenario would also arise: a center-right head of state, attacked by the populist far-left and far-right oppositions.

1 A 23-year-old man drowns in the Navacerrada reservoir,... 2 Review white blood cells without a single prick 3 Algorithms and virtual reality to train public speaking 4 A wave of layoffs hits technology entrepreneurship 5 María Benjumea: «The war can reduce investment in... 6 The sprint of the Spanish startup ecosystem conquers... 7 The new director of 'The New York Times':... 8 Pair's disappearance from Brazil's Amazon... 9 During a national tour, Venezuela's opposition... 10 Latino gangs, hotbed of organized crime 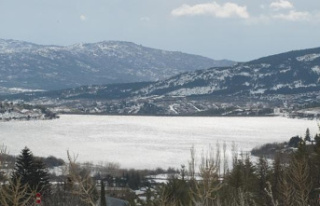 A 23-year-old man drowns in the Navacerrada reservoir,...