Winter is coming for technology startup workers who did not have a profitable and sustainable business over time. 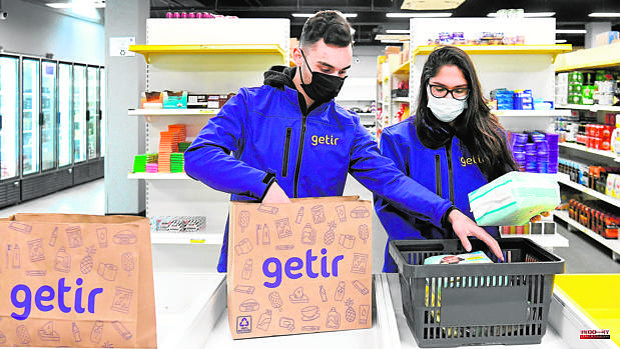 Winter is coming for technology startup workers who did not have a profitable and sustainable business over time. In May alone, more than 17,000 layoffs of startup workers were registered around the world, a figure that rises to 127,000 layoffs between November 2020 and May of this year, according to the Layoffs portal. The end of a monetary policy of cheap access to capital and doubts in the markets about the possible overvaluation of technological giants such as Google are the main causes behind this trend.

"It mainly affects Silicon Valley companies in high stages of maturity in which growth policies have been strongly encouraged at all costs with the intention of aggressively increasing sales," says Nacho Ormeño, CEO of Startupxplore, a platform investment in startups.

During the last fifteen years, these companies that have not achieved a sustainable and profitable model had maintained their operations with the cheap capital offered by financial institutions, since the interest rates of the central banks have hovered around 0% or even on the ground negative. That situation has come to an end and interest rates are beginning to rise.

"In an environment of abundant credit, companies had become accustomed to having relatively easy access to it," says Antonio Iglesias, director of Endeavor in Spain, a non-profit organization that supports entrepreneurs. That cheap capital has allowed companies to focus on rapid growth, adding more financing than they probably really needed, says Iglesias.

Another factor is the possible overvaluation of many technology companies. In this regard, the Nasdaq, the main index of technology stocks on the US stock market, has accumulated a 25% drop since January. In that period, Google falls 20%, Amazon 30% and Netflix 68%. These declines reflect investors' doubts about the price of the shares of these technology giants, fears that also spread to startups that are not listed on the stock market.

“For a long time there has been talk of excessive valuations of many companies and of an expected correction. It seems that this correction has arrived and, once again, the American market has reacted very quickly to somewhat darker future prospects, with that wave of layoffs," says Iglesias, who believes that when this correction ends, an environment of stability will come in the labor market and more controlled growth.

Ormeño agrees with that assessment. In his opinion, the result of this process will be that the technology companies will improve the efficiency of their operations and their capital management with the intention of generating profitable business models. "With this wave of layoffs, they are getting rid of personnel who have helped them grow, while they are trying to enter profitability by stretching their treasury to face a potential winter in access to financing," he says.

"They are trying to reduce the money they 'burn' in their expenses before running out of capital to function," says Paco Bree, academic director of the 'Business Innovation Program' at Deusto Business School. Bree believes that the result of this correction is to look for startups that can grow exponentially, that is, companies that can multiply or divide their current value by 10, instead of betting on linear business models in which profits or losses of 10 are expected. %.

This search for exponential businesses will lead to the survival of those who have a profitable model that allows high growth, while those who do not have it will be left to die. "In this new world, it will be more frequent to enter and leave entrepreneurial projects and even work simultaneously on several of them," says Bree.

As for how these changes will affect Spain, Ormeño believes they won't have much of an effect on early-stage companies. However, companies seeking more aggressive growth and in Series B and C funding rounds will find access to capital more difficult in the coming months, he says. “Investors are going to be more demanding with metrics and with the use of capital, while companies are going to have to focus on plans that demonstrate that their models are sustainable,” he comments.

Iglesias, from Endeavor, believes that Spanish entrepreneurs have a certain advantage in adapting to the current scenario because, in his opinion, they have always been forced to be more efficient in the use of resources and follow more sustainable financial practices than startups from other countries. “There will certainly be capital restrictions, at least temporary, that could delay the plans of many companies, but I do not expect a wave of lightning dismissals like the one we have seen in the US,” says the expert.

For her part, Bree, from Deusto Business School, insists on the importance of technology startups for Spain to reduce its unemployment rate and increase its position in innovation. For this reason, she believes that the country should focus on so-called exponential technologies, a segment that includes revolutionary technologies such as cloud computing, blockchain, security, virtual reality and the metaverse. "Spain cannot be left behind," she concludes.

1 María Benjumea: «The war can reduce investment in... 2 The sprint of the Spanish startup ecosystem conquers... 3 The new director of 'The New York Times':... 4 Pair's disappearance from Brazil's Amazon... 5 During a national tour, Venezuela's opposition... 6 Latino gangs, hotbed of organized crime 7 China accuses the US of trying "hijack"... 8 They ask for three years in prison for a man who threatened... 9 Marta Calvo's mother: "I cannot forgive... 10 The revelations of the committee of the assault on... 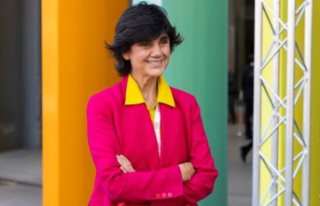 María Benjumea: «The war can reduce investment in...