María Benjumea: «The war can reduce investment in startups, but it is a movement without going back»

Challenges do not scare María Benjumea. 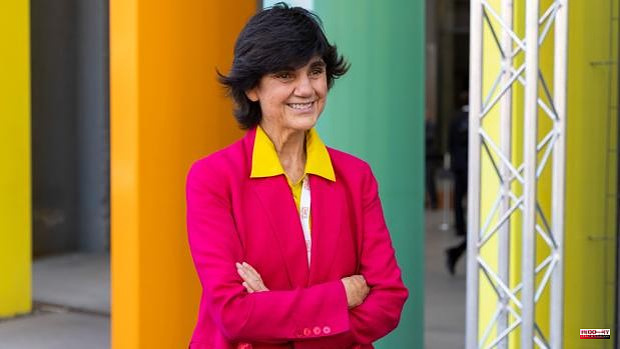 Challenges do not scare María Benjumea. She launched Infoempleo, one of the pioneering human resources portals on the internet, in 2000, when emerging technology-based firms were still a rare bird in our country. Twelve years later, in one of the worst moments of the crisis, she had another idea: to launch Spain Startup, a company that manages South Summit, the main meeting point for innovative entrepreneurship in Southern Europe. Its tenth edition, which was held from June 8 to 10 in Madrid, has brought together more than 3,000 entrepreneurs, 15 unicorns, 200 investment funds (72% of them international), with a portfolio of 250,000 million dollars, and more than 650 'speakers'.

Has the Spanish startup ecosystem changed a lot in these ten years?

When we started in 2012, a startup was conceived as an internet project and the only thing that mattered was the investor's gasoline and then selling the company. At that time, the Spanish startups that attended the South Summit received 126 million euros, while last year, they were 4,260. But the most important thing is not only the volumes, but also how the ecosystem has been consolidated. Everything is going so fast that you have to change your ways of doing things to adapt to the market. Corporations either ally themselves with fast, flexible and highly innovative actors or many are in danger because they cannot respond to the pace of the market, with which where a transformation is really perceived is that today all the actors (traditional companies, startups, investors) know they can't go alone. Everyone is at South Summit, but not to sell their products, but to be able to connect and develop business together, which is really fantastic.

National startups are receiving more and more foreign investment. What does he respond to?

The growth has been amazing. In Spain there is a lot of talent and extraordinary projects are being developed. In innovation and traditional patent research we are in 18th position, but when we talk about the startup ecosystem, we are in fourth place in Europe and that is why there is so much interest. Investments can now be withdrawn due to the war situation, but it is a movement that cannot be reversed.

How far can our country aspire in this area?

The limits are set by us. We are creative, talented and hard-working people, we can get where we want, the important thing is that we believe it and that we don't worry about selling ourselves.

Is the fear of failure disappearing?

Before there was really a fear of failure, first at an individual level and second because of how people conceived it, but the current conception has nothing to do with it. In fact, 60% of startups are serial entrepreneurs.

What are the main difficulties found in Spain, the points where we could improve?

The growth has been from the bottom up, we have all been joining forces so that the ecosystem is growing. Through South Summit, attracting a greater number of investors from all over the world who have seen the talent of Spain, which has been generating a virtuous circle. However, in recent years the situation has changed. The Government of Spain, those of the communities and the municipalities have realized that what we say is not something crazy, but that this is the new economy and way of relating. The old one no longer works because it is very slow and we live in a world that moves at breakneck speed.

What impact can the future startup law have?

It is a giant step, but there are two points that must be complemented in the law: the part of the serial entrepreneur and giving the startup more years of life so that it can benefit from the measures of the law, which are great. In addition, the Next Tech Fund of 4,000 million has been taken out. On the part of the Madrid government, an open and flexible region is being created, where obstacles are removed... The governments are approving the measures to promote this. which is pure economics. Ten years ago the value of the Ibex was around 8,900, today it is more or less the same. In contrast, the startup ecosystem in 2012 was worth nothing and today it is worth 83,000 million.

1 The sprint of the Spanish startup ecosystem conquers... 2 The new director of 'The New York Times':... 3 Pair's disappearance from Brazil's Amazon... 4 During a national tour, Venezuela's opposition... 5 Latino gangs, hotbed of organized crime 6 China accuses the US of trying "hijack"... 7 They ask for three years in prison for a man who threatened... 8 Marta Calvo's mother: "I cannot forgive... 9 The revelations of the committee of the assault on... 10 Ramada and Óscar Peixoto and Nano Yáñez and Manuel... 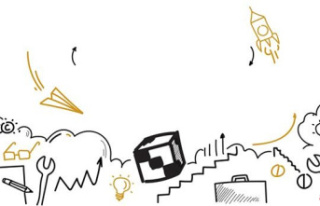 The sprint of the Spanish startup ecosystem conquers...