One of the side effects of chemotherapy treatments is a drop in the number of white blood cells, which leaves patients open to infection. 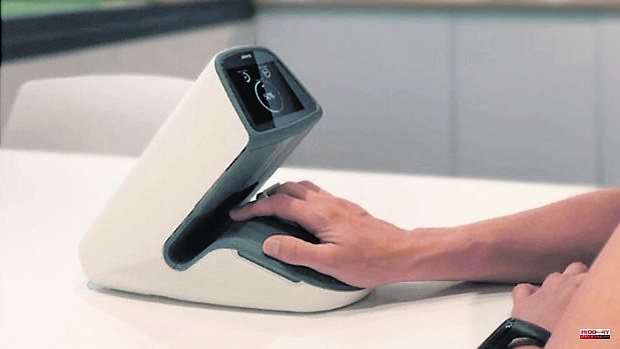 One of the side effects of chemotherapy treatments is a drop in the number of white blood cells, which leaves patients open to infection. For this reason, it is extremely important to detect falls in leukocytes early and thus act to avoid complications. Until now, monitoring was done invasively, but the startup Leuko has developed the world's first device capable of counting these cells daily from home, without needing a single drop of blood. "If they drop to a certain level, patients can suffer from very serious infections and one in six ends up hospitalized," explains Carlos Castro, co-founder and CEO of the company, based in Boston and Madrid.

A situation that worsens the quality of life of those affected and, in addition, supposes a high cost for the health system.

"Now the cases are detected too late, while our intention is that, with daily monitoring, they can be detected in advance, giving the clinical team time to intervene," explains Castro. According to his estimates, with the application of his solution, which has not yet reached the market, hospitalizations will be reduced by up to 50%.

The operation of PointCheck, as this innovative technology is called, is simple. “The person sticks their finger in the device for a minute and, using microscopy, we take videos through the skin in the area just above the nail, where there are very shallow capillaries, so we can see the blood flowing live through those capillaries. We then analyze the videos with artificial intelligence algorithms that determine if the level of white blood cells is dangerously low.”

Leuko has carried out a study with more than 150 patients in collaboration with several hospitals in the United States, Hospital 12 de Octubre in Madrid and Dexeus in Barcelona to demonstrate the usability of the device and validate diagnostic accuracy, in which they have obtained favorable results that They will allow them to apply for the CE marking, which is mandatory to sell certain products in the EU. The next step is to carry out the pivotal study with 210 patients to achieve regulatory approval in the United States. The company expects its device to be available on the market by the end of 2023.

Regarding the business model, Castro affirms that the idea is to manage it through hospitals and insurers because the relationship between the patient and the doctor is important. "In Spain we did a pilot with Sanitas, which was exploring the possibility of adopting the technology once it is approved," says Alvaro Sanchez-Ferro, co-founder and medical director. Although PointCheck only reveals if the neutrophil level is above or below the minimum, the goal is that in the future it will provide an accurate count, in addition to measuring other parameters. “We want it to be closer to what a standard blood test does, but in a non-invasive way,” says Aurelien Bourquard, co-founder and chief data scientist. Last May, the startup won the EIT Health Catapult 2022 in the 'Medical Technology' category, for which it will receive 40,000 euros of funding.

Leuko, a spin-off arising from a research project financed by the Madrid Foundation for Knowledge through the M Vision Madrid-MIT Consortium, closed a two million dollar financing round in 2019 led by Good Growth Capital and Nina Capital and now he is raising his second round, of about five million dollars.

1 Algorithms and virtual reality to train public speaking 2 A wave of layoffs hits technology entrepreneurship 3 María Benjumea: «The war can reduce investment in... 4 The sprint of the Spanish startup ecosystem conquers... 5 The new director of 'The New York Times':... 6 Pair's disappearance from Brazil's Amazon... 7 During a national tour, Venezuela's opposition... 8 Latino gangs, hotbed of organized crime 9 China accuses the US of trying "hijack"... 10 They ask for three years in prison for a man who threatened... 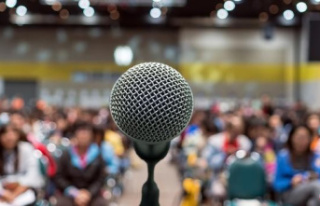