Historical decline of the traditional right and left in France

The great parties and political families that built the French regime, the Fifth Republic, Gaullists, conservatives, centrists and socialists, pro-European, all began to sink years ago, to sink definitively between the 2017 presidential elections and the legislative elections this Sunday and Sunday the 19th. 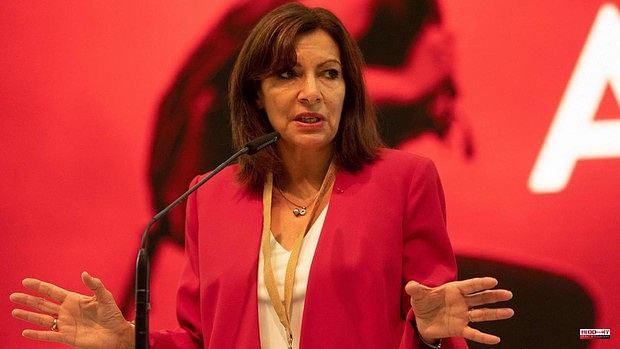 The great parties and political families that built the French regime, the Fifth Republic, Gaullists, conservatives, centrists and socialists, pro-European, all began to sink years ago, to sink definitively between the 2017 presidential elections and the legislative elections this Sunday and Sunday the 19th.

The traditional right that laid the foundations of the regime and governed, alone, between 1958 and 1981; to govern again, between 1995 and 1997, between 2002 and 2007, between 2007 and 2012. Thirty-five years of presidents and governments with absolute majorities and exceptional powers.

They embodied all the historical families of French conservatism, Bonapartist, Orléanist, nationalist, reformist from above.

The decline of the traditional center and right began with the 2017 presidential election, when the conservative candidate, François Fillon, was eliminated in the first round by Marine Le Pen. Five years later, Valérie Pécresse, the candidate for the Head of State of the Republicans (LR, the heir party to traditional conservatism), only obtained 4.78% of the votes in the first presidential round, last April. : the worst outcome in family history.

Weeks later, LR barely has 10% or 11% of voting intentions, in the first round of the legislative elections. From there, the traditional right will have a hard time reaching the current 92 deputies. Surviving will be a great victory.

The crisis and decline of the socialist family is perhaps more serious.

The PS governed alone between 1981 and 1986, between 1988 and 1993, between 2012 and 2017. Fifteen years of absolute power, many years of shared powers in cohabitation. François Mitterrand and François Hollande had parliamentary majorities of 267 to 280 deputies. The decline also began in 2017, when the Socialist candidate Benoît Hamon was eliminated in the first round by Macron and Le Pen.

Five years later, the socialist candidate, Anne Hidalgo, mayor of Paris born in Cádiz, barely got 1.75% of the votes in the first round, the worst result in the history of French socialism.

Faced with the risk of a fatal collapse, the PS leadership made the historic decision to join the New Popular, Ecological and Social Union (Nupes), a coalition led by La Francia Insumisa (LFI, populist extreme left), led by Jean- Luc Melenchon. The old Europeanist socialism disappears. And the new leadership of the PS joins an anti-European coalition, hoping to save the 28 deputies it still has: the most modest parliamentary representation in the history of the Fifth Republic. It aspires not to lose or try to marginalize that marginal position.

In a National Assembly of 577 deputies, with three dominant families, macronitas, extreme left and extreme right populists, the great historical parties, LR and PS run the risk of growing marginalization.

The traditional right awaits its revival. The PS has been divided between supporters of integration with the extreme left of Mélenchon, anti-European, and supporters of the refoundation of French socialism, to rescue the Europeanist and social democratic heritage. You go to know.

1 The French legislatures announce the fracture of traditional... 2 A 23-year-old man drowns in the Navacerrada reservoir,... 3 Review white blood cells without a single prick 4 Algorithms and virtual reality to train public speaking 5 A wave of layoffs hits technology entrepreneurship 6 María Benjumea: «The war can reduce investment in... 7 The sprint of the Spanish startup ecosystem conquers... 8 The new director of 'The New York Times':... 9 Pair's disappearance from Brazil's Amazon... 10 During a national tour, Venezuela's opposition... 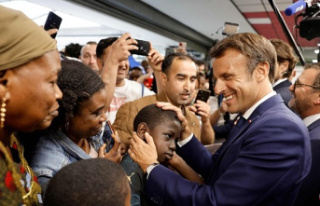 The French legislatures announce the fracture of traditional...