Glossophobia is the fear of speaking in public. 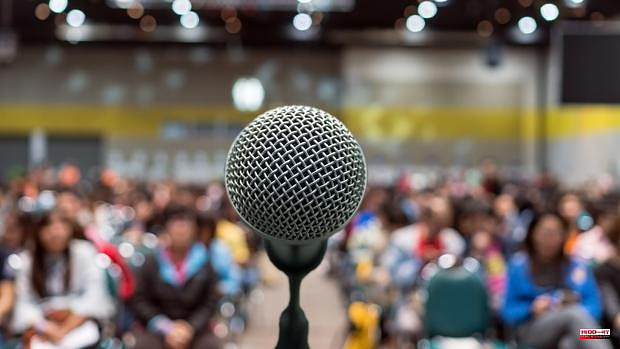 Glossophobia is the fear of speaking in public. In Spain, 80% of the population suffers from anxiety and nervousness when it comes to expressing themselves in front of strangers. A fear that has turned out to be a differentiating factor in the world of work. To solve this problem, Chiara has emerged, a project that uses "the same simulators used by pilots in the United States" as a training model, offering students the innovative tools necessary to train this skill.

This startup's simulator incorporates three new technologies whose founder and CEO, Soraya del Portillo, considered necessary for students to improve their ability to influence an audience. In the first place, virtual reality, "which makes the person really feel in front of an audience, feel those nerves, that tension...".

Artificial intelligence also comes into play, «capable of analyzing the more than 40 indicators that evaluate and measure the 'skill' of public speaking, such as tonal range, pronunciation, intensity, the rhythm you use, the volume, positivity, taglines, fillers, silences...». And, as a third technological factor, natural language processing and sound decomposition intervene.

«With this objectively measured information, the algorithm generates a totally personalized 'feedback' for the student, which will tell him what he has done, how he has done it, and what is more important, it will give him 'tips', advice, and action plans, so that he improves his ability to communicate, to influence and, ultimately, to reach people”, explains Del Portillo.

There are currently five “types of Chiara”, each one aimed at a specific audience: Master, Light, Conference, Legal and University. The sale is available in sixteen countries in Spanish (with variations such as the Spanish of Peru, Chile, Mexico or Colombia) and English, although this year the startup will launch the French version through the Lefebvre law firm, after having been selected as the only Spanish startup to be accelerated in the 'Speed ​​Light' program.

Chiara's idea came up in 2015, but it didn't hit the market until three years later. Since then, "both during the ten months of 2018, as well as 2019, 2020 and 2021, we have closed the four years, with a turnover of almost half a million euros." And the investment involved in developing the product was precisely half a million euros, which means that the “break even” was reached in just ten months. Now, for the first time, Chiara has opened an investment round (two million euros) that she plans to close before the end of the year.

1 A wave of layoffs hits technology entrepreneurship 2 María Benjumea: «The war can reduce investment in... 3 The sprint of the Spanish startup ecosystem conquers... 4 The new director of 'The New York Times':... 5 Pair's disappearance from Brazil's Amazon... 6 During a national tour, Venezuela's opposition... 7 Latino gangs, hotbed of organized crime 8 China accuses the US of trying "hijack"... 9 They ask for three years in prison for a man who threatened... 10 Marta Calvo's mother: "I cannot forgive... 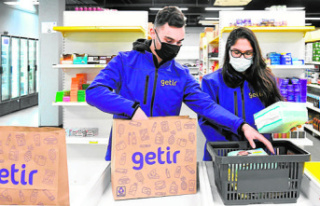