The new director of 'The New York Times': "Political polarization is a great challenge for journalism"

It will be a smooth change. 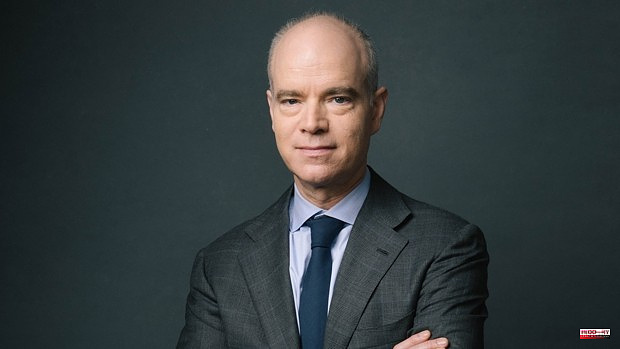 It will be a smooth change. Joe Kahn (Boston, 1964), the journalist who has consolidated the overwhelming digital commitment of 'The New York Times' in the last six years, assumes this Tuesday the direction of the emblematic American newspaper, replacing Dean Baquet. Forged as a correspondent in Asia, current number two of the newspaper and, of course, a Pulitzer Prize winner, he takes the wheel of a newsroom made up of 1,700 journalists whom he encourages to experiment with new narrative forms and to increasingly raise the ambition of his journalistic proposal. La dama gris, the most influential newspaper in the English language, turns 171 with its digital homework done, with ten million digital subscribers and the feeling that it is enjoying a period of splendor.

What are your main challenges?

I think the first goal of any editor of 'The New York Times' should be to stay focused on our most important journalism. We distinguish ourselves by a great ambition, in long-term issues, and also by the competitiveness in the daily information offer. We are permanently focused on promoting the relationship with our audience through a constant focus on quality, differential journalism, which we believe will attract them repeatedly. That is always the first challenge. Others come later.

Political polarization is a great challenge for journalism. It happens not only in the United States but in Western democracies. We considered how to make our offer more valuable to more people regardless of their political point of view. We need to continually emphasize the importance and indispensable role of information quality. Our independence. Another very important priority is the way we do our journalism, the way we tell stories, which is changing and evolving in a very relevant way. We have many specialists in all kinds of multimedia stories, with graphics, with videos, with different uses of photography and design. We have also invested heavily in sound narration. The union of these formats creates great digital experiences. This is a spectacular challenge.

Your predecessor, Dean Baquet, maintains that you are the most digitally savvy journalist in the newsroom and the least afraid to experiment with formats. How have you become an internet expert?

I spent many years as a correspondent in Asia, first for The Wall Street Journal, and that was key. In China I no longer had daily access to the paper edition, so my access to the newspaper was always through a digital experience, not a print one. I got used to consuming digitally and working thinking digitally. Perhaps because of this, I was able to start earlier than others to develop ideas about how our digital storytelling could evolve. And already when I became an editor I had the opportunity to do a lot of tests. I saw a universe of opportunities. So I focused, along with many other colleagues, on rethinking workflows and engaging more readers with different ways of showing journalism.

Is digital the new golden age for 'The New York Times'?

It is a good question. I hope so. It seems to me that this stage may even exceed that of the heyday of print newspapers. The priority of the newsroom and the company is that good journalism fosters a subscription-based relationship with more and more people. I'm not sure it worked that way in the heyday of the paper newspaper, when we were primarily an advertising company and also a circulation company. People paid for the physical product back then, but the relationship between the articles and the number of subscribers we had was very difficult to measure. The amount of advertising sold was measured. So there was a much more focused focus on the part of the company that sold advertising and the newsroom produced journalism that mostly filled the print newspaper. We turned around and became an essentially digital organization with subscription at its core.

The subscription model bets on the value of journalism...

That is definitive. We now have a much more direct relationship between producing good journalism and getting subscribers. In that sense, I do believe that it is a golden age for newsrooms, since the news that we create, the journalism that we do, drives the business directly. And so the company has an incentive to continually reinvest in journalism and get more subscribers. There is a kind of meeting between the strategy of the company and that of the newsroom. And I hope that means a kind of golden age.

Many large newspapers are experiencing serious financial problems. Do you think that the economic model on the Internet favors journalism to be profitable?

It's complicated. I think that each communication medium is going to have to develop specific strategies. In any case, I believe that this approach, which consists of creating relevant journalism for readers, getting them to pay and reinvesting more and more in the quality of the content, is the one that more and more media outlets adopt. Some have already been successful. It has taken us many years to develop and perfect it. This is not a night where you flip a switch and suddenly your problems are solved. No. It takes a long time to build.

You launched the Chinese edition of The New York Times 12 years ago and soon after published a report on corruption in Beijing that caused the government to cut off access to that website from China. Is that situation sustainable?

We have no expectation of change from the Chinese government. Of course, there are a large number of Chinese readers who have access to international information through virtual private networks and who can consult our website. And there is the Chinese community that lives outside of their country. So we continue to work for that audience without any immediate expectation of change in mainland China.

He went to China as a correspondent in the 1990s because he thought it was the best place to grow as a journalist. Do you still think so?

I wish I could say that. I think, unfortunately, China has become a very difficult place to work, partly due to the change in attitude of the country's political leaders and also due to their response to the pandemic. They have become more closed to the outside world. There is a contrast with the nineties, when they were in an opening process. That's not to say that China isn't a fantastically interesting story. It is. We will do our best to keep as many correspondents there as they allow us.

What place would you choose now to develop as a journalist?

It would no longer point to a specific country. I think the world has become a more dangerous place. Still, there is a great need to develop these journalistic experiences in many places. There is a need to explain the changes in the most authoritarian countries. China, Russia, Turkey, and even India, which is a democracy but shows authoritarian leanings. Understanding those trends is very important and should present some opportunities for young journalists to really develop a linguistic and territorial experience.

What are the values ​​you most appreciate in a journalist?

We are looking for professionals who have a commendable track record and also enthusiasm to analyze the issues in a really complete way and explain them. An investigative mindset is very important. We also hire many specialized professionals. We're looking for people who know how to handle data, people who understand how to create a multimedia presentation, audio journalists... And we're also always looking for high-quality editors, who work as partners with journalists to develop their stories and who are coaches and mentors and Help elevate a piece of journalism to another realm.

Why have you recommended your journalists not to use Twitter "too much"?

We do not object. But we don't want people to take Twitter as representing the audience, which is much broader and richer. We should always be willing to listen to criticism, but in social networks they are not as useful and they are not representative. We want journalists to continue their journalistic mission outside the networks. This recommendation is a message for journalists to focus on what is important. Twitter generates very toxic debates and we should not use it as a kind of barometer of what is good and what is not.

During the presidency of Donald Trump, social networks experienced a boom and mistrust of the large traditional media was fueled. How can that trust be regained?

We think about these things a lot. We have created an initiative, called 'trust project'. We want to make sure that we provide readers with as much information as we can about why we are doing an investigation, who the journalists are or what their background is. As a company, we also want to be more open and communicative with the outside world and not look like an ivory tower. We've found that some of our new narratives, in particular 'The Daily' podcast, do a great job of that, showing the day-to-day of the newsroom. And that has helped lift the curtain on the journalistic process and make it more trustworthy.

The recent investigation into the Bucha massacre in Ukraine, where they demonstrated with satellite images that the Russian authorities had lied, will have strengthened them.

Of course. I believe in great international stories. We have sent a great team to work on the ground in Ukraine. We have war correspondents, some of our best photographers, a video producer, many cameramen, a visual investigation unit, and a few audio producers and sound technicians. One of our podcast journalists will also be working there for a while. That war must be told well.

What are the most important risks for journalists today?

The first would be the physical risk, since journalists move into increasingly dangerous territories, and the second would be the psychological risk, due to the harassment campaigns that reporters receive on social networks. These are two risks that we take very seriously.

1 Pair's disappearance from Brazil's Amazon... 2 During a national tour, Venezuela's opposition... 3 Latino gangs, hotbed of organized crime 4 China accuses the US of trying "hijack"... 5 They ask for three years in prison for a man who threatened... 6 Marta Calvo's mother: "I cannot forgive... 7 The revelations of the committee of the assault on... 8 Ramada and Óscar Peixoto and Nano Yáñez and Manuel... 9 The five Valencian towns that Ikea intends to reactivate... 10 Two alleged thieves die when jumping from a bridge... 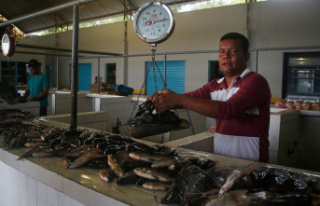