Germany, Austria, the Czech Republic, Hungary, Poland and Slovakia will coordinate in the face of a potential major blackout

The successive cuts in Russian gas supply put Central European governments in danger of far-reaching blackouts, considering that 40% of the electricity consumed in Germany, for example, is produced in gas plants. 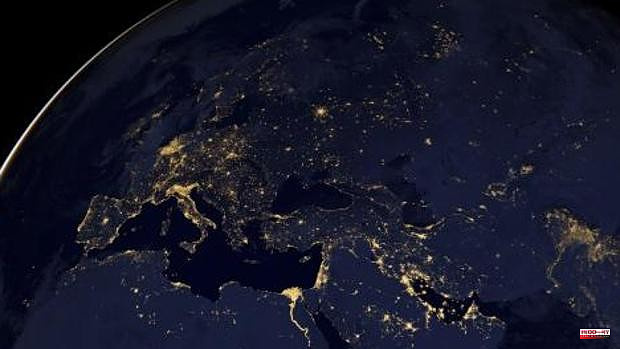 The successive cuts in Russian gas supply put Central European governments in danger of far-reaching blackouts, considering that 40% of the electricity consumed in Germany, for example, is produced in gas plants. In anticipation of critical situations in the coming months, Germany, Austria, the Czech Republic, Hungary, Poland and Slovakia have signed a solidarity memorandum of understanding (MoU) in the electricity sector, so that they commit to mutual assistance in case of need .

The six countries signed the MoU ahead of yesterday's energy ministers' meeting in Luxembourg, in line with the EU's 2019 risk preparedness regulation. "I have just signed a Memorandum of Understanding with our European and Eastern European colleagues in which we want to help each other with energy security," explained Robert Habeck, German Vice Chancellor and Minister for the Economy and Climate, back in Berlin.

The agreement states that the signatories "wish to confirm their intention to maintain and strengthen their cooperation in risk preparation in the electricity sector." Looking ahead to the upcoming winter, the six governments are pre-coordinating their worst-case approach. "We have key agreements in the area of ​​electricity and also gas with our neighbors in Eastern Europe and now in Southeast Europe," Habeck confirmed.

To facilitate and stay in touch, the countries aim to "bring together relevant representatives from ministries and experts in the field of electricity" to prepare for a situation where electricity becomes so scarce that supply "cannot be met." resolve with measures based on the logic of the market.

These agreements will create another working group, where countries are expected to "regularly send their experts to expert and technical level meetings, to discuss the security of supply situation at the national and regional levels." Even the contact details of relevant personnel are to be exchanged under the agreement, which would see the relevant Slovak authority receive, for example, the phone number of Klaus Müller, the head of Germany's federal network agency, who will be reachable for them. at all times. And in the event of an impending crisis, or when faced with a situation of lack of supply, the relevant ministries of the affected countries intend to inform each other about the situation, the measures taken and planned at the national level and possible regional measures. identified.

Measures mentioned in the event of an electricity crisis include: cross-border use of spare capacity and flexible loads, monitoring of short-term security of electricity supply, sharing of information on appeals to the public to save, support with electrical equipment, awareness and experience, use of mobile generators and exchange of information on demand disconnection plans, having agreed to go "beyond existing rules and measures for assistance between TSOs [grid operators]" and "reach a financial agreement on rules for fair and adequate compensation between countries. This would at least cover the cost of support and electricity provided, as well as "other reasonable costs" such as legal and settlement costs.

After Russia last week cut the gas it supplies to Germany via the Nord Stream 1 pipeline by 60%, the government in Berlin has restored its reserve fleet of coal-fired power plants to prepare for the worst. Austria has also reversed its exit from coal power and contracts with alternative suppliers such as Norway and Qatar are being hurriedly negotiated. The gas storage facilities in Germany are filled to 60% of their capacity, which represents a slight increase compared to previous years at this time, but insufficient to face the winter with guarantees of supply, both for companies and individuals.

The German government's goal is to reach at least 90% of storage capacity by early November, though that remains questionable given increasingly tight supplies and even the possibility of Russia ending its gas shipments to Germany altogether. Even if the gas storage facilities are completely filled by the end of autumn, the reserves would not be enough to see Germany through the winter. The chairman of Germany's Federal Network Agency, Klaus Müller, has calculated that the country's gas storage facilities would only cover demand for two and a half months in an average winter without Russian gas supply.

Germany wants to turn to liquefied natural gas through floating terminals on the North Sea coast, but the president of the Zukunft Gas Industrial Association, Timm Kehler, does not believe that the two planned terminals can be operational by the end of the year and has stated that more clarity is needed on investment and regulatory issues.

1 The G7 will contribute 5,000 million dollars to the... 2 Garamendi demands a study of the cost of the pension... 3 Baldoví equates Sánchez and Oltra by stating that... 4 The Generalitat awards the Cross of Sant Jordi to... 5 They ask for the Gold Medal of the Cortes for the... 6 They condemn a patient to pay 253,860 euros for wrongly... 7 Queen Letizia and Jill Biden visit the Ukrainian refugee... 8 Valents incorporates in Lérida a former deputy of... 9 The purgatory of devoured, scorched, dismembered and... 10 The Valencian PP opens the door to sign in Citizens... 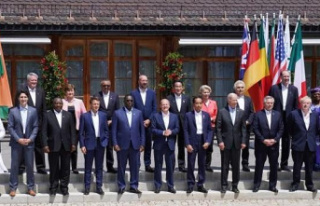