The Compromís deputy in the Congress of Deputies, Joan Baldoví, has supported the opinion of the Prime Minister, Pedro Sánchez, pointing out that this Executive, like the former Valencian vice president Mónica Oltra, are "inconvenient for many economic powers". 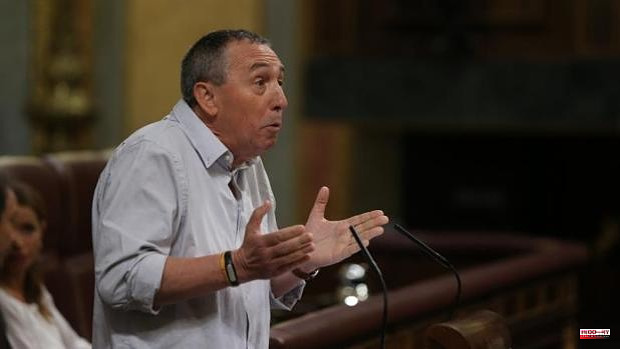 The Compromís deputy in the Congress of Deputies, Joan Baldoví, has supported the opinion of the Prime Minister, Pedro Sánchez, pointing out that this Executive, like the former Valencian vice president Mónica Oltra, are "inconvenient for many economic powers".

“And that is why there is a hunt for all leftist politicians to achieve what is not achieved with the polls. I perfectly agree, although sometimes I think that Sánchez is less uncomfortable and less ambitious than he should be », he stressed at a press conference this Tuesday in the Lower House.

Last Saturday, the head of the Executive announced that the Government is "very uncomfortable" for "certain economic powers" that "have their political and media terminals", and assured that they will not be able to "break" the Executive despite the fact that "it is hits a lot."

"This government is beaten a lot by certain powers," Sánchez said to lament that it is "a reality" that they have suffered for four years: "First with the motion of censure," which ended the Government of the Party Popular of Mariano Rajoy «and, later, with the formation of the first progressive coalition government».

In turn, on June 21, Mónica Oltra announced that she was leaving her position as vice president, spokesperson and ministry of Equality in the Valencian government and her act as regional deputy, after her imputation in the case of the alleged cover-up of the abuses of her ex-husband to a minor under guardianship. “I leave with my head held high knowing the infamy that this is, but also with my teeth clenched, very clenched,” she asserted.

On the other hand, Baldoví accused a journalist on Monday of being a "bad person" for asking him a question about the former Valencian vice president Mónica Oltra and the minor who suffered abuse by her ex-partner.

The episode took place at a press conference in the Lower House, when this journalist asked a question about the invalid or improper dismissal of the minor abused by Oltra's ex-husband from a Valencian health center.

Specifically, he was interested in the fact that information suggested that the minor and her partner were the only ones fired when the Valencian Generalitat assumed control of the Torrevieja Hospital after years of private management of the center.

Faced with this question, Baldoví said that he always answered all journalists, but that he understood that he should not answer "bad people." “You have shown me that you are a bad person and at this moment I will forever stop answering your questions,” said the deputy.

1 The Generalitat awards the Cross of Sant Jordi to... 2 They ask for the Gold Medal of the Cortes for the... 3 They condemn a patient to pay 253,860 euros for wrongly... 4 Queen Letizia and Jill Biden visit the Ukrainian refugee... 5 Valents incorporates in Lérida a former deputy of... 6 The purgatory of devoured, scorched, dismembered and... 7 The Valencian PP opens the door to sign in Citizens... 8 The renovation of the lighting reaches the avenues... 9 The works of Barber Avenue begin on July 4 and those... 10 The Prosecutor's Office asks for three years... 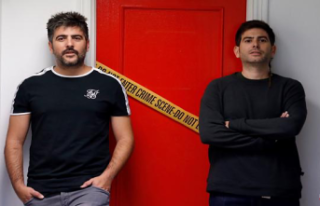 The Generalitat awards the Cross of Sant Jordi to...