The G7 will contribute 5,000 million dollars to the fight against hunger

It is surely the most repeated demand among the demonstrators who have made themselves heard in Munich and around the Elmau castle, where the G7 summit is taking place, and the group of the seven great industrialized countries of the world have decided to give a response. 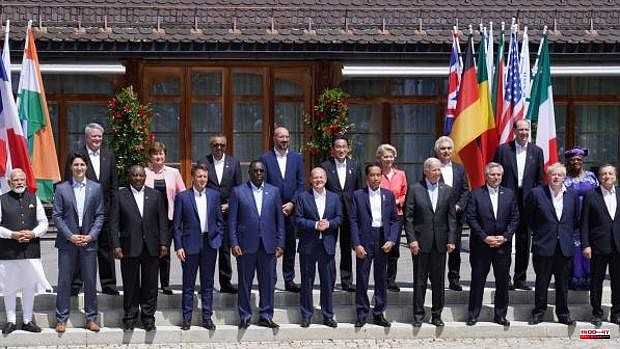 It is surely the most repeated demand among the demonstrators who have made themselves heard in Munich and around the Elmau castle, where the G7 summit is taking place, and the group of the seven great industrialized countries of the world have decided to give a response. The seven leaders have reached a commitment to allocate 5,000 million dollars (about 4,700 million euros) to deal with food insecurity caused by the war in Ukraine, according to a senior White House official present at the conference.

Of that amount, just over half, 2,760 million dollars (about 2,600 million euros) will be contributed by the United States, which thus leads the efforts in almost fifty countries and regional organizations to alleviate famine due to lack of wheat, blocked in the Ukraine and unable to reach its destination through the Black Sea ports.

The US contribution will be divided into 2,000 million dollars (about 1,890 million euros) "to save lives with direct humanitarian interventions and 760 million (about 718 million euros) that will be for food aid in the medium and short term to help improve resilience and the productivity of food systems around the world, especially in vulnerable regions.”

The G7 blames the Russian president, Vladimir Putin, for the "vulnerability" in the context of food that is already being seen in different parts of the planet. “His actions have strangled food and agricultural production, he has used food as a weapon of war,” accuses the US official, who cited as examples the destruction of agricultural warehouses in Ukraine by Russia, as well as the theft of grain and the blockade of the Ukrainian ports.

According to his estimates, up to 40 million people have been left in poverty in 2022 "as a direct consequence of Putin's war in Ukraine and its collateral effects, especially in relation to food security in the world." Russia and Ukraine accounted for 25% of wheat exports and 15% of barley, among other basic products, so the war between the two, together with the sanctions and the Russian maritime blockade in the Black Sea, have aggravated the crisis world food that had already surfaced. during the pandemic.

The G7 countries have also agreed to examine possible price caps for Russian oil and gas, a debate fueled by the US delegation, which agrees with the move. This follows from the final declaration of the summit, which notes that the price cap is intended to limit the ability of the Russian government to finance its invasion of Ukraine.

The EU representatives at the summit, Michel and von der Leyen, have clarified that legally it is a very difficult measure to implement and, facing the markets, a limit on prices could only be applied in cooperation with other large importers such as China or India, for now very unlikely. The new sanctions against Russia, therefore, will go through the embargo of Russian gold and the interruption of its supply channels for military material, but with regard to gas and oil, time is still being given to the most dependent countries, such as Germany, to close supply agreements with alternative suppliers.

1 Garamendi demands a study of the cost of the pension... 2 Baldoví equates Sánchez and Oltra by stating that... 3 The Generalitat awards the Cross of Sant Jordi to... 4 They ask for the Gold Medal of the Cortes for the... 5 They condemn a patient to pay 253,860 euros for wrongly... 6 Queen Letizia and Jill Biden visit the Ukrainian refugee... 7 Valents incorporates in Lérida a former deputy of... 8 The purgatory of devoured, scorched, dismembered and... 9 The Valencian PP opens the door to sign in Citizens... 10 The renovation of the lighting reaches the avenues... 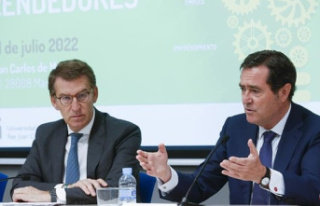 Garamendi demands a study of the cost of the pension...