Garamendi demands a study of the cost of the pension increase: "You have to be serious to avoid bankruptcy"

The increase in pensions next year will comfortably exceed the 10,000 million euros of cost for the public coffers. 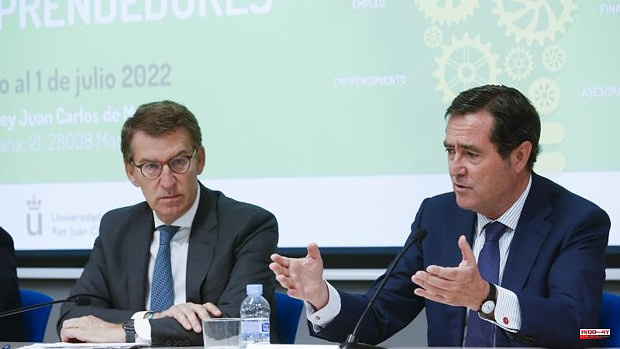 The increase in pensions next year will comfortably exceed the 10,000 million euros of cost for the public coffers. Linking the revaluation of retirees' pay to the CPI, which according to the OECD could average around 8% for the year as a whole, will have a high cost for the Social Security budget, the highest since that there are records. Given the situation and with a recently approved law to guarantee the purchasing power of pensions, from the CEOE they warn of the impact that this disbursement may have on public accounts, to which is added the salary increase of officials, and they demand « a serious study» before the possibility of collapse.

The president of the CEOE, Antonio Garamendi, warned of this problem during his speech on the second day of the 2022 Summer Courses 'New challenges for freelancers and entrepreneurs' hosted by the Rey Juan Carlos University. The president of the businessmen assures that for next year, adding the cost of the pure revaluation of pensions and the replacement effect of new retirees, the bill for the State will be around 18,000 million euros in 2023. that it will be necessary to add the salary increase of the civil servants, which for this year will be a minimum of 2% if the Ministry of Finance and Public Function does not agree to a greater increase as the unions demand.

“Pensions have to be sustainable. We have to be serious so that they continue to function and there is no bankruptcy of the system," Garamendi warned, explaining that they supported the first pension agreement because the Toledo Pact and the political parties also widely supported the measure, "although we asked that the sustainability factor be maintained. that the government said it was going to do and it became a rise in prices ». "He has not worked with actuaries, we ask for a real study and because it can have a very high cost for the State", emphasizes the leader of the employers' association.

In this sense, Garamendi assumed the need to carry out an income pact that includes a review of the budgetary impact of these revaluations, even more so when the set of public payrolls already exceeded 300,000 million euros in 2021. In addition, although the president of the employer's association recognized that the third leg of that income pact would go through reaching an AENC agreement, he clarified that it would be nonsense to include wage review clauses linked to the CPI.

“We have not discussed the figures. We have discussed the clause that the salary is increased with the CPI and that would not make sense. It would cause a loss of competitiveness and productivity«, Garamendi defended, assuring that he is not asking for wages not to be raised, but rather that competitiveness is not broken. »That is why we have not been able to reach an agreement and we have announced that the companies will come to pick it up if they cannot bear that clause«, he adds.

Furthermore, the warning from the leader of the employers' association coincides with a new record figure for spending on pensions in this month of June. Social Security allocated the record figure of 10,832.2 million euros to the payment of contributory pensions, 4.7% more than in the same month of 2021, according to figures from the Ministry of Inclusion, Social Security and Migration. The department headed by José Luis Escrivá estimates that pension spending stood at 11.8% of GDP in the sixth month of the year, a lower percentage than in 2020 (12.4% of GDP), a year conditioned by the impact of the pandemic on GDP, and also lower than that of 2021 (12.1% of GDP).

Together with the ordinary payroll, the extraordinary payroll is paid in June, the amount of which amounts to 10,536.1 million euros, which represents an increase of 6.6% (5% in homogeneous terms) compared to 2021. Specifically, the pay Extraordinary benefits are received by 9.9 million pensions received by nearly nine million pensioners (8,999,581). Its average amount is 1,062.43 euros, 5.8% more than in June 2021.

1 Baldoví equates Sánchez and Oltra by stating that... 2 The Generalitat awards the Cross of Sant Jordi to... 3 They ask for the Gold Medal of the Cortes for the... 4 They condemn a patient to pay 253,860 euros for wrongly... 5 Queen Letizia and Jill Biden visit the Ukrainian refugee... 6 Valents incorporates in Lérida a former deputy of... 7 The purgatory of devoured, scorched, dismembered and... 8 The Valencian PP opens the door to sign in Citizens... 9 The renovation of the lighting reaches the avenues... 10 The works of Barber Avenue begin on July 4 and those... 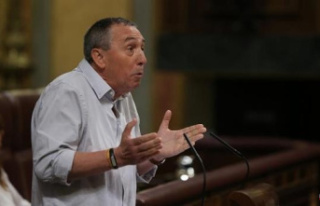 Baldoví equates Sánchez and Oltra by stating that...