The director of the Center for the Coordination of Health Alerts and Emergencies, Fernando Simón, stated this Saturday in Zaragoza that "the transmission of monkeypox among humans has been higher than expected" by confirming more than 30 positive cases in Spain. 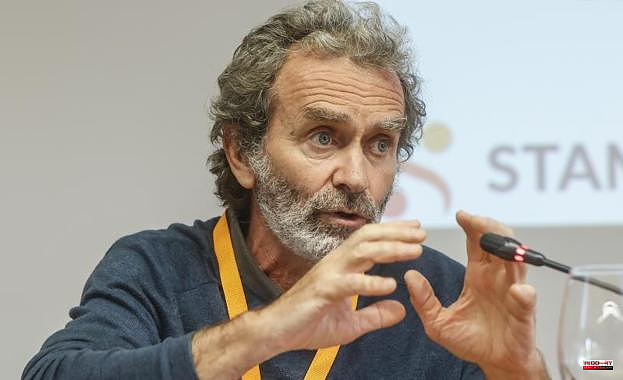 The director of the Center for the Coordination of Health Alerts and Emergencies, Fernando Simón, stated this Saturday in Zaragoza that "the transmission of monkeypox among humans has been higher than expected" by confirming more than 30 positive cases in Spain. , almost all centered in Madrid.

While waiting for more suspicious test results, Simón wanted to convey a message of calm to citizens because "caution must always exist, but right now we must not give a feeling of excessive anguish", since "it is a disease with particular characteristics. People who were born before 1977 are very likely to be vaccinated with the smallpox vaccine, a vaccine that protects quite well against monkeypox. However, he has estimated that “we still do not have enough information to assess it and we have to be careful not to give a feeling of risk that may change completely in a few days. That does not mean that professionals do not have to be very attentive and it involves us with important work in terms of health ».

Dr. Simón has stated that monkeypox "is a problem of African origin and in Europe there were basically known imported cases and some small local transmission in some countries, specifically the United Kingdom has had some imported cases in recent years and, From these importations it seems that there has been a transmission in humans that has been more extensive than expected ».

«As of yesterday we had analyzed samples from 30 patients, of which 7 were confirmed as monkeypox, and then there were another 23 in which human smallpox had been ruled out and the presence of an orthopoxvirus was confirmed. No orthopoxvirus is currently circulating in Spain, therefore, the probability that these cases are positive is very high, but we still do not have the genome sequencing to confirm with absolute certainty that it is a monkey virus.

In addition to those, there are more samples of suspicious cases that are being sent to the Majadahonda Reference Center, and "when we have results, we will be informed," Simón commented.

The Aragonese doctor recalled that “the coronavirus pandemic is not over, although the data is better and the situation is different from one and two years ago. I wouldn't want to send the wrong message." “We cannot think about lowering our guard completely, although we can be calmer and see that things are not as serious as before,” he added.

The epidemiologist has commented that “we have not changed covid-19 for monkeypox” because “it is not a set of trading cards”, but it must be taken into account that “throughout the pandemic other risks have been worked on” such as this one, which "so far have been limited to some specific areas of West Africa".

“You cannot convey the message that it is an African problem, it only belongs to three specific areas. We cannot magnify it more than necessary, although in Europe only imported cases were known and some small local transmission in some countries such as the United Kingdom", has influenced the expert, who has transferred the information that "it is being studied if there is a single point of transmission or several chains». 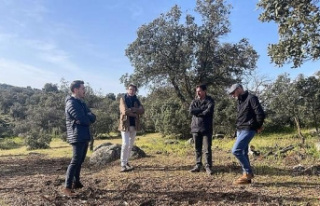 The habitat of the Iberian lynx in 'El Borril'...