The new habitat for the Iberian lynx that the Toledo Provincial Government is going to incorporate into the 'El Borril' estate will house two specimens of this endangered species, which will enrich the value and the environmental awareness and education work that It is carried out in this Nature Classroom of the farm that belongs to the Network of Environmental Education Facilities of Castilla-La Mancha. 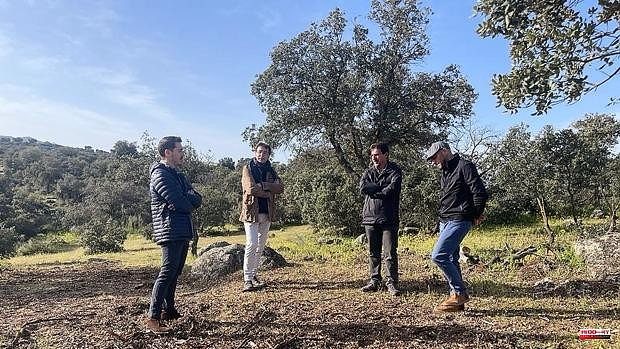 The new habitat for the Iberian lynx that the Toledo Provincial Government is going to incorporate into the 'El Borril' estate will house two specimens of this endangered species, which will enrich the value and the environmental awareness and education work that It is carried out in this Nature Classroom of the farm that belongs to the Network of Environmental Education Facilities of Castilla-La Mancha.

A project announced by the president of the Provincial Institution, Álvaro Gutiérrez, and in which progress is being made thanks to the collaboration of the technical services of the Toledo Provincial Council and the General Directorate of the Natural Environment and Biodiversity, which are advancing in the design of the future location of this habitat of the Iberian lynx that will be incorporated into the "Animal Path", a circular route that allows visitors to observe the species of fauna that it houses, such as the wolf, deer, wild boar, mouflon, genet, fox or rabbit, the Provincial Council has informed in a press release.

"With this project we want to allocate a space to the exhibition of Iberian lynx specimens to the general public, and very especially, to schoolchildren, who are the ones for whom our educational program is primarily intended", he pointed out.

With this, "we will expand the Nature Classroom with a specific environmental education program aimed at raising awareness of the need to conserve the Iberian lynx" and, with this, "respond to the demand by society and various institutions to be able to directly observe specimens of these animals».

The deputy anticipated that "the enclosure of the new habitat will be designed to house two individuals of lynx, which will be specimens that cannot be reintroduced to life in freedom, and its facilities will have differentiated areas destined one for exhibition and another for the management of the animals".

Thus, the new space will have an observation point that will include information on the main characteristics of the species, its distribution and its state of conservation, which will be used as an educational resource, facilitating the work of the educational staff of the El Borril Nature Classroom during the visits they receive.

Among the technical characteristics of this space, Ruiz highlighted that the exhibition area for the public is expected to have an area of ​​around 1,000 square meters and will be delimited by a 4-meter-high double fence. Likewise, it will include Mediterranean forest combining scrub areas with open areas and offering natural barriers that allow the animal to hide.

It will also have structures that allow the three-dimensional use of space, such as shelves, rocks or trunks, as well as environmental enrichment elements that guarantee the well-being of these specimens, such as water points, shaded areas and shelter that allow them to take shelter from the conditions Adverse weather conditions such as rain, wind or heat.

The deputy for the Environment and Rural World stressed that in the design of the new habitat, the regulations governing this type of facility are being taken into account, as well as the prescriptions established in the 'Protocol for the exhibition of surplus specimens of the conservation program ex situ of the Iberian lynx', prepared by the Iberian Lynx Breeding Committee.

José Ruiz assured that with this initiative «the Government of Álvaro Gutiérrez takes another step in its commitment to the conservation and awareness of the Iberian lynx, which is preceded by other important projects such as the "Lynx at school" that we have developed with great success in schools in the province of Toledo».

The Iberian lynx is included in the "Regional Catalog of Endangered Species of Castilla-La Mancha" in the category of species in "danger of extinction" because it is a species whose survival is unlikely if the causal factors of its current situation continue to act .

For this reason, the Diputación intends to use the new habitat to raise awareness of the threats that the species currently faces and favor its conservation as it is a species that lives in the Montes de Toledo region and in the surroundings of the El Borril estate. .

In fact, during the years 2021 and 2022, several lynx specimens were released at the El Borril estate within the framework of the European Life project 'Lynx Connect' to reintroduce the lynx in the area and create stable populations of the species. 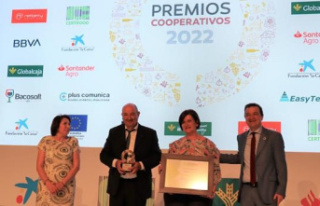