The Deputy Minister of Education, Amador Pastor, this Saturday encouraged the educational centers of Castilla-La Mancha to work to be recognized as learning communities, a network of which 17 centers in the region are already part and which is characterized "by carry out innovative and motivating practices that benefit the student body». 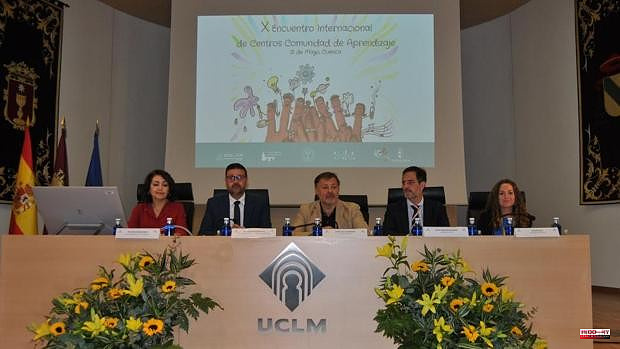 The Deputy Minister of Education, Amador Pastor, this Saturday encouraged the educational centers of Castilla-La Mancha to work to be recognized as learning communities, a network of which 17 centers in the region are already part and which is characterized "by carry out innovative and motivating practices that benefit the student body».

Pastor has pronounced this way during the inauguration of the X International Meeting of Learning Communities that is celebrated in the city of Cuenca and in which more than 700 people attend, including teachers, students, families, researchers, university students and representatives of public administrations , organizations or associations that actively participate in the life of educational centers.

The deputy minister also wanted to highlight that these centers are a model to be taken into account because they develop a model in which the entire educational community participates "when planning and making decisions, decisions based not on arbitrary principles, but rather they are collegial and based on the principles that educational research is carrying out.

On the other hand, he stressed that the Government of Castilla-La Mancha has fought hard so that this international meeting can be held in Cuenca, "work that has been endorsed by the long journey that our region has in promoting this type of of centers”.

In this sense, he recalled that in Castilla-La Mancha, the learning communities began their journey in 2006 with a first center: 'La Paz' in Albacete, until reaching the current 17. "They are almost all Primary schools, although there are also two Secondary schools and the Navahermosa Adult Center (Toledo), one of the last to join," Pastor specified.

On the other hand, he has indicated that this meeting will serve, on the one hand, "to publicize the work and the dimension that the regional network of learning communities is taking on" and on the other, "to learn from the experiences that are developed in other regions and in other countries in order to be applied in any educational center».

As reported by the Community Board in a press release, of the total number of participants, more than 500 are women, about 75 percent. The attendees come from 15 autonomous communities, the most numerous being those from Castilla-La Mancha, followed by those from Valencia, Catalonia, Madrid and Andalusia. There is also the presence of people from Portugal, Peru and Colombia.

During this day, a discussion table will be held on 'Criteria to distinguish false experts in education based on evidence from people of science' by Marta Soler, doctor from Harvard University; Lidia Puigvert, affiliated with the University of Cambridge; and Sandra Racionero, PhD from the University of Wisconsin

Several simultaneous workshops will also be held on experiences in the application of successful educational actions and space for dialogue; and on the social impact and principles of dialogic learning.

The closing is in charge of Guillermo Legorburo and Emilia Aiello, from the MSC Harvard Kennedy School

Currently, a total of 17 educational centers in Castilla-La Mancha are part of the Network of Learning Centers. Specifically, they are the 'La Paz' centers in Albacete; 'Entreculturas' by Hellín; 'Miguel Hernandez' from La Roda; 'San Juan de Ávila' from Castellar de Santiago; 'Christopher Columbus' and 'Pío XII' from Ciudad Real; 'Harevolar' by Alovera; 'Federico Muelas' from Cuenca; 'Our Lady of the Angels' by Pedro Muñoz; 'Menéndez Pelayo', 'Cervantes' and 'Doctor Limón' from Puertollano; 'San Antonio' ​​de Tomelloso; 'San Lucas and Maria' of Toledo; 'The Duende' of Nambroca; the CEPA 'La Raña' from Navahermosa; 'San Francisco' by Los Navalmorales; .

The mayor of Cuenca, Darío Dolz; the representative of the Learning Communities Advisory Council, Esther Roca; and the vice-rector for Culture, Sports and Social Responsibility of the University of Castilla-La Mancha, César Sánchez.

Like the sub-delegate of the Government in Cuenca, María Luz Fernández; the general director of Educational Inclusion and Programs, María Ángeles Marchante; the vice-rector for Coordination, Communication and Promotion of the UCLM, Leonor Gallardo; the director of Institutional Relations of the University of Alcalá, María Concepción Carrasco; the delegate of Education in Cuenca, Sonia Isidro; and the director of the Regional Teacher Training Center, José Antonio Bravo, among others. 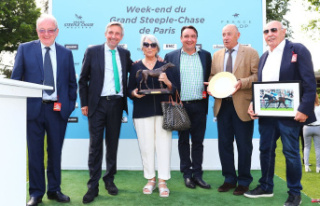