His successor, Labor Anthony Albanese, is committed to taking the country "to the stars". 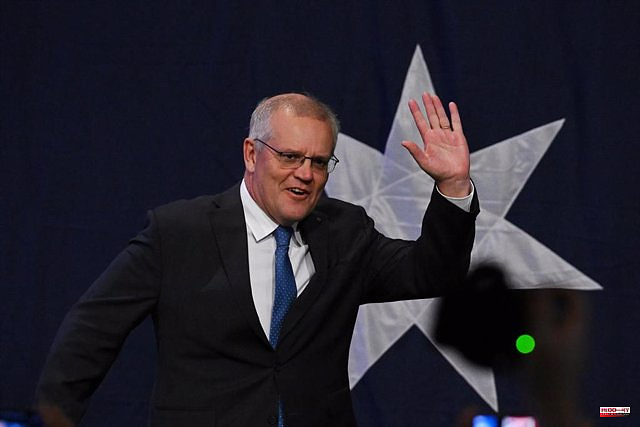 His successor, Labor Anthony Albanese, is committed to taking the country "to the stars"

The Prime Minister of Australia, Scott Morrison, has accepted the defeat of his Liberal party in the legislative elections this Saturday in the country in a "difficult and disappointing night" that will end his term in favor of the Labor leader, Anthony Albanese.

Voters have punished the self-declared "steamroller style" with which Morrison has defined his politics following his victory over Labor in 2019, the start of a term eroded by the pandemic, climate disasters and accusations of dishonesty.

Morrison has confirmed that he has called Albanese to congratulate him on the result, the result of "the verdict of the Australians", he made known during his final speech, accompanied by his family at the match headquarters in Sydney.

The still president has also announced that he will hand over the leadership of the Liberal Party that he currently holds.

Albanese then spoke from his party's headquarters in the city, where he confirmed that he will accept the mandate to become the country's 31st prime minister.

"Tonight, the Australian people have voted for change. I am honored by this victory and I am honored to have this opportunity to serve," said Albanese, before assuring that the main mission of his government team will be to unite to the Australians.

"Every parent wants more for the next generation than they ever had and I hope my journey in life inspires Australians to reach for the stars," he said.

One of the sections that has distinguished the proposal of his Labor Party in the campaign is that of foreign policy. Albanese has vowed to rebuild fraying relations with France, whom Morrison angered by canceling a $90 billion submarine deal in favor of the so-called "AUKUS security pact" with the United States and Britain.

In fact, and already in the chapter of international reactions, the Prime Minister of the United Kingdom, Boris Johnson, has been the first foreign leader to congratulate Albanese on his victory.

"Our countries have a long history and a bright future together. As prosperous, like-minded democracies, we work every day to make the world a better, safer, greener and more prosperous place," he said in a statement.

"As we reap the rewards of our comprehensive Free Trade Agreement, the AUKUS partnership and the unrivaled closeness between the British and Australian people, we do so knowing that the only distance between us is geographical," he added.

At this time, and with 61 percent of the votes counted, the Australian Labor Party led by Albanese has 70 seats, six away from obtaining the necessary majority of 76, but well ahead in any case of Morrison's Liberal Party, which collects for now 52 seats.

1 Formula 1: Charles Leclerc takes another pole position... 2 Pilar Lamadrid, to the Medal Race of the European... 3 Review of 'Assassin's Game' (2021):... 4 Aragonès, year one: the Pegasus case slows down the... 5 Weather: still temperature records broken this Saturday,... 6 CF Montreal prepares for Real Salt Lake 7 A fault interrupts the high-speed service between... 8 Itacyl forecasts a drop of at least 4% in the cereal... 9 28% of MIR positions in family medicine in Castilla... 10 Mi Chambergo de Entretiempo: «The city council has... 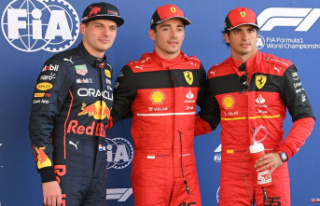