Bitcoin lows since 2020: Why the crypto market is in a downward spiral

Bitcoin continues to plummet, to its lowest level in a year and a half. 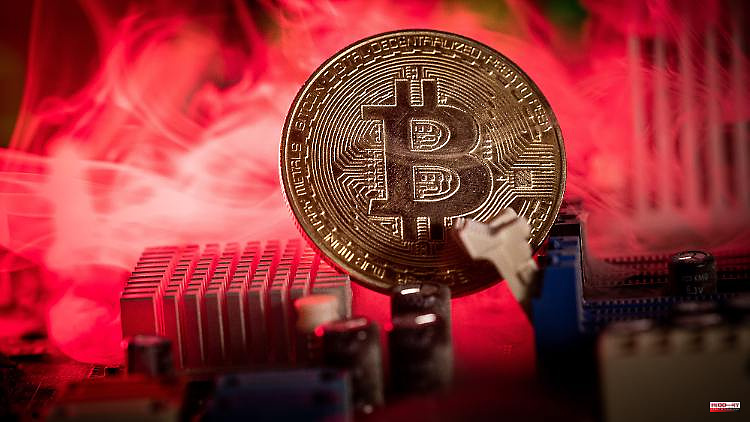 Bitcoin continues to plummet, to its lowest level in a year and a half. Analyst Emden explains the causes of the crisis in the crypto market. There doesn't seem to be an end in sight. The expert still believes in the industry.

The crypto market is in a crisis that is likely to get worse. After Bitcoin fell below $30,000 on Tuesday, it reached its lowest level since the end of 2020 at $26,600 in the morning. Compared to the end of the previous week, the cryptocurrency lost around a third of its value, and a good 40 percent since the beginning of the year. The market is in a sell-out mood.

Other digital stocks also continued to fall in price. Ether, the second-largest digital asset after Bitcoin, fell well below the $2,000 mark, losing around half of its value since the beginning of the year. The market value of all 19,400 or so crypto assets is currently around $1.1 trillion, down from a record nearly $3 trillion last November.

Analysts attribute the crash to two main causes: fear of interest rates, especially in the USA, and the decoupling of the cryptocurrency UST from the dollar. Concerns about interest rates have been growing for months. "On Wednesday, investors hoped that the inflation dynamic in the USA would slow down, but that's only slightly the case," said market analyst Timo Emden, who specializes in cryptocurrencies, in an interview with ntv.de. This triggers fears that the US Federal Reserve might not be up to its "mammoth task" of fighting inflation on the one hand and not stalling the global economic engine on the other. In addition, digital investments do not generate current income, so interest-bearing investments such as fixed-income securities become popular again when interest rates rise.

In addition to the interest rate hikes in the USA, the interest rate hike promised by the European Central Bank also plays a role, according to Emden. The fear of interest rates can be seen in particular in tech stocks. "This uncertainty comes at the expense of risky assets like cryptocurrencies." It is apparently partly wrongly assumed that these are tech values. According to the analyst, this type of clan ties is a major dilemma: "The cryptocurrencies are intended to act as digital gold, especially in market phases characterized by uncertainty, such as the current war in Ukraine, the corona pandemic in China and inflation - but they don't do this ."

The second reason for the severe losses on the crypto market is turbulence in a well-known crypto currency called UST, also known as TerraUSD. This is a so-called stable coin, which is intended to be distinguished from other digital values ​​by its particularly stable value. UST wants to achieve this through a special algorithm designed to keep the cryptocurrency in a stable relationship to the US dollar. But in the past few days, the UST rate has detached itself from its peg to the dollar and has come under considerable pressure - why is unclear.

"It's really crazy," says Emden. "You can't seriously explain what exactly the problem is." There is obviously a crisis of confidence in stable coins. A stable coin is said to be worth one US dollar, "but that doesn't work". UST is currently a good 60 cents, on Wednesday at times even below 40 cents. The fact that the causes are unclear also fuels further uncertainty.

According to the analyst, the crisis in the crypto market is being exacerbated by another factor: "Technical brands are incredibly important there." Bitcoin's sustained fall below $30,000 is leading to technical selling. "Many investors place their stops or new short orders here." As a result, the market develops its own momentum, a downward spiral "from which it is very difficult to get out". This development is highly dynamic, especially in the crypto market, "one speaks here of panic sales".

Emden currently sees a difference to the past losses of the volatile cryptocurrencies: "It is currently a crash in installments, not a brutal price slump." In the past few days and weeks there have been repeated losses, but then also upward movements. This piecemeal development is incredibly nerve-wracking for investors. "That just makes her desperate."

However, the expert does not expect cryptocurrencies to end. On the one hand, he believes in the technology behind it, on the other hand, crypto investments are now very established in the financial world. The company Coinbase, for example, is even on Wall Street. In this country, too, more and more banks, even long-established ones, are opening up to crypto values. "This suggests that the industry will continue to expand."

Emden therefore advises a long-term perspective - in his opinion, panic sales would be bad advice. However, the market analyst would not "reach in the open knife" at the moment, i.e. make follow-up purchases. Because: "I currently see no potential trend reversal." In his opinion, this could only trigger the fact that Tesla boss Elon Musk intervened verbally, as in the past. "That could happen, he or Tesla is suffering from the crypto crisis."

Emden expects cut-throat competition on the crypto market: Investors who believe in cryptocurrencies would stick to it - anyone who wanted to get involved or get rich quick should turn away. The cut-throat competition is taking place at a relatively high price level, the analyst clarifies. After all, at the beginning of 2020, when the corona pandemic broke out, Bitcoin was temporarily below $4,000. "The price exaggeration is now taking revenge." 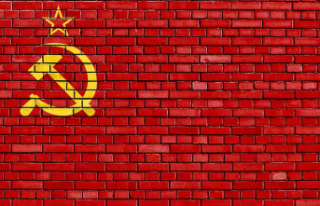 "Not much fun": Russian economy threatened...