Germany's largest electricity company has to write off a high three-digit million amount because of the sanctions. 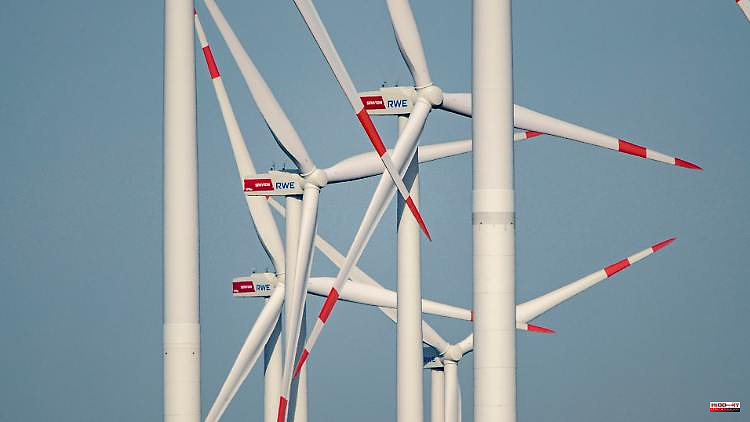 Germany's largest electricity company has to write off a high three-digit million amount because of the sanctions. But the switch to renewable energies compensates for that. A strong wind ensures that RWE starts the year better than expected.

For the energy company RWE, the eco course is paying off more and more. According to its own statements, the largest German electricity company has produced more than 20 percent more electricity from wind and sun thanks to better wind conditions and the commissioning of new systems. However, RWE is also feeling the effects of the war in Ukraine. Since the group no longer accepts Russian coal as a result of British sanctions, it had to write off 850 million euros on the long-term supply contract.

In the first quarter of the year, external sales rose to 7.9 billion euros - after 4.7 billion euros in the previous year. The adjusted operating result (Ebitda) climbed by two thirds to almost 1.5 billion euros. After taxes and third parties, profit more than doubled to 735 million euros on an adjusted basis. The group thus exceeded expectations.

Chief Financial Officer Michael Müller expects the federal government to issue a regulation shortly on how to react to the Russian demand for payment for gas supplies in rubles. "We are in very close contact with the political authorities in Berlin," said CFO Michael Müller. The next bill is due at the end of the month. The manager did not want to comment on whether RWE opened an account with Gazprombank for this purpose.

RWE's gas storage business is not affected by Russia's most recent list of sanctions, emphasized Müller. On Wednesday, Russia put 31 companies on a sanctions list, in particular subsidiaries of the Gazprom Germania group, which is now under the trusteeship of the Federal Network Agency.

Regardless of many imponderables, RWE confirmed the forecasts for the year as a whole. Accordingly, adjusted Ebitda at group level should be between 3.6 billion and 4.0 billion euros. The group sees the adjusted net profit at 1.3 billion to 1.7 billion euros. The dividend target remains unchanged at EUR 0.90 per share.

1 Hertha has to go into relegation: Felix Magath threatens... 2 "Then you have nothing, that's hard":... 3 Giant Essen plays professional football: The end of... 4 Defeat against former UFC champion: Fatal knee injury... 5 Better than Slovakia this time: DEB team wins first... 6 FA Cup for Klopp and Co.: Liverpool wins the second... 7 The zombie apocalypse returns to the streets of Burgos 8 "Loss" for Nagelsmann: Lewandowski rumors... 9 Ximo Puig, between the statement as accused of his... 10 Two bankruptcies in one week: Zverev misses the final... 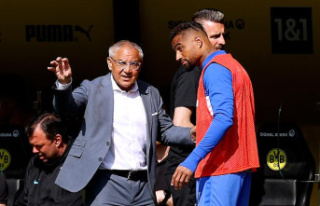 Hertha has to go into relegation: Felix Magath threatens...