The defeat at the start of the Ice Hockey World Championships has been overcome, and at the same time the Olympic humiliation has been dealt with: the German national team achieved its first victory in the tournament against Slovakia. 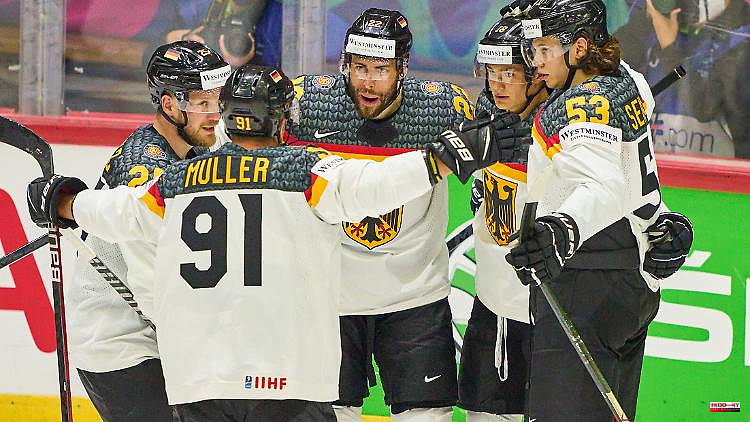 The defeat at the start of the Ice Hockey World Championships has been overcome, and at the same time the Olympic humiliation has been dealt with: the German national team achieved its first victory in the tournament against Slovakia. Against the Olympic bronze winner, the DEB team creates a good starting position for progress.

The German national ice hockey team overcame the "Olympic trauma" at the World Cup in Finland and took revenge for the premature end of their dreams of gold in Beijing in February. 88 days after the crashing out against Slovakia in the first knockout round of the Winter Games, the team of national coach Toni Söderholm defeated the Olympic bronze medalist in Helsinki 2-1 (0-0, 2-1, 0-0) and celebrated the first win in the second game.

The extremely conspicuous Matthias Plachta (22nd) and Leo Pföderl (27th) scored the goals for the selection of the German Ice Hockey Federation (DEB) in front of 4387 spectators in the venerable "Helsingin Jäähalli", which started on Friday despite a courageous fight 3 :5 against defending champion and record world champion Canada. Kristian Pospisil (32') scored for Slovakia, who had beaten France 4-2 in the first game.

After the game-free Sunday in the third group game on Monday (7.20 p.m. / Sport1 and MagentaSport), Germany is waiting for Germany to come back from Russia, France, who will replace Sbornaja in Group A due to the war of aggression against Ukraine.

"We'll be better off the starting blocks against Slovakia. If we tweak a few things, we're on the right track," said NHL youngster Moritz Seider, who was directly involved in all three German goals against Canada, on Friday after the emphasized defeat.

The Detroit Red Wings defender hadn't promised too much: Germany came out of the dressing room much better than the day before against the Slovakians, who played their usual robust game, and with a lot of effort to goalie Patrik Rybar. Daniel Schmölz (2nd) and Samuel Soramies (6th) missed good chances. On the other side, Philipp Grubauer, who was in goal as before against Canada, was also wide awake and thwarted promising opportunities.

After the first break, the DEB team then struck with Slovakian help. A sharp pass from Plachta into the slot was deflected into the goal - the second goal of the tournament for the Mannheim player. And Germany followed suit: NHL youngster Tim Stützle hit the post (26th). Then Pföderl was spot on after a rebound and pushed into the empty goal. After that, Germany missed further good chances.

As a result, Grubauer initially prevented the 2002 world champion from scoring with several strong saves, but then Pospisil found a way. Shortly before the third break, the German team survived a period of pressure from the Slovaks and saved the narrow lead thanks to an outstanding Grubauer and a bit of luck in the dressing room.

Supported by the again loud and numerous German fans distributed in the stands, the DEB selection did everything in the final section in an extremely competitive game against snappy Slovakians and defended with a lot of passion. Deserved reward was the first tournament victory. 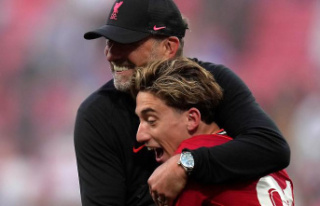 FA Cup for Klopp and Co.: Liverpool wins the second...