Gazprom Germania in sight: Are sanctions a harbinger of an imminent delivery stop?

At the beginning of April, the Russian state-owned company Gazprom gave up its German subsidiary. 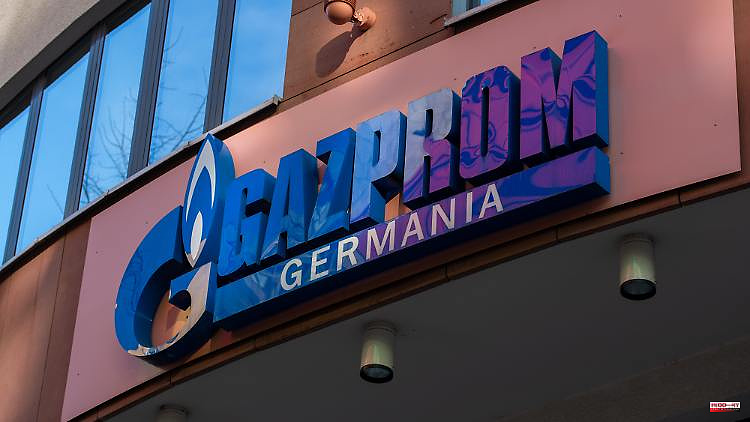 At the beginning of April, the Russian state-owned company Gazprom gave up its German subsidiary. Since then, Gazprom Germania has been under German state control. The company is now on a Russian sanctions list, meaning that the storage of Russian gas in Europe will be banned in the future. What do the sanctions mean in detail and to what extent do they damage security of supply in Germany? ntv.de answers the most pressing questions:

What exactly did Moscow decide?

Russia has imposed sanctions on Gazprom Germania and other former subsidiaries of its state-owned gas company. With a total of 31 listed companies, no more business should be done from the Russian side, it said. Among them are mainly operators of gas storage facilities and, for example, the owner who operates the Polish part of the Yamal pipeline, which runs from Russia to Europe. The Russian government published an order on Wednesday according to which the trade bans come into force on behalf of Kremlin chief Vladimir Putin.

Why did you choose Gazprom Germania, among others?

Why did the federal government take away its Gazprom business from Russia?

The order serves to protect public safety and order and "to maintain security of supply," said Federal Minister of Economics Robert Habeck as justification. Gazprom Germania GmbH operates critical infrastructure in Germany and is therefore "outstandingly important for the gas supply". He emphasized: "The unclear legal situation, violations of the reporting obligation and the announcement of the liquidation of Gazprom Germania are now forcing the federal government to take this step."

What do the sanctions mean in detail?

According to the Russian agency Interfax, the creation of stocks of Russian gas in Europe's storage facilities will be banned in the future. It was initially unclear how such a ban would be enforced.

Why is this a problem?

Germany is still dependent on Russian gas imports. Last year, the share of Russian deliveries was still 55 percent. According to Economics Minister Habeck, it has now fallen to 35 percent. In March, this value was still 40 percent. Habeck spoke of "successful steps". According to earlier information, the share is to be reduced to around 30 percent by the end of the year, primarily through the purchase of liquefied natural gas (LNG). They are working flat out to build LNG terminals, said Habeck. By the summer of 2024, the proportion is expected to drop to 10 percent.

Do the sanctions represent a new level of escalation?

For the economist Jens Südekum from the University of Düsseldorf, the sanctions are initially an expected response to the fact that Germany has placed Gazprom Germania under state control. "In a way, Putin is now responding to our sanctions with his own countermeasures," says the ARD economist. Since it is currently still unclear how Russia intends to implement the storage ban, Südekum only sees the possibility that Russia will turn off the gas tap and extend the delivery stop to Germany. At the end of April, Russia had already stopped supplying natural gas to Poland and Bulgaria. "That would be a very painful answer, especially for Putin himself, should it come to that." But that cannot be ruled out. After all, Putin would also lose the enormous gas income that he still gets from Germany every day.

Are the sanctions a harbinger of an imminent stop in Russian gas deliveries?

According to Südekum, the step shows that Russia is still reluctant to stop deliveries completely. "Putin could have turned off the gas supply long ago if he had wanted to," says Südekum. So far, the Russian President has not done so. "But the situation is fragile and it could happen at any time that Putin will resort to extremes." Putin is watching very closely how much gas Germany is currently storing. Storage is currently at 40 percent and should be at 80 to 90 percent in autumn so that Germany can get through the winter well. "If Putin wants to prevent that in order to create chaos, then at some point he would have to turn off the gas tap. When that will actually be the case is a question that we have to monitor very closely," says Südekum.

Are the sanctions already having consequences?

Gas transit through Ukraine to Europe has already fallen significantly. According to the Ukrainian network operator OGTSU, the order volume for the transit of Russian gas was only 53.2 million cubic meters as of today, Thursday. According to the current transit contract, a maximum of 110 million cubic meters of Russian gas can be pumped through Ukraine to Europe every day.

According to Russian information, the order volume on Tuesday was still 95.8 million cubic meters. On Wednesday, the gas volume fell to 72 million cubic meters because Ukraine had closed a pipeline through the heavily contested Luhansk region due to the war. Now it has fallen again by more than a quarter. It is unclear whether the decline is related to the sanctions.

How does Gazprom explain this?

Gazprom spokesman Sergei Kurpriyanov explained that the group fed the gas volume into the Ukrainian pipeline network at the Suja point in accordance with the Kiev specifications. The application to feed in additional quantities via the Sochranivka gas metering station in the border area with Luhansk had been rejected by Ukraine, said Kurpriyanov. He did not specify how much gas Russia planned to pump through this line. In the past few weeks, comparable quantities have been routed through the Ukrainian pipeline system on several occasions. Most recently, the transit volume was similarly low on April 24 at 53 million cubic meters.

To what extent do the sanctions damage security of supply in Germany?

According to Federal Economics Minister Robert Habeck, the Russian sanctions mean that around ten million cubic meters less gas is being delivered to Germany every day. This gas can be obtained elsewhere. "We will not declare the alert level today," says Habeck. According to him, Germany is prepared for the sanctions announced by Russia in the energy sector. "We have prepared for the situation," said the Green politician. The market can compensate for the gas failure from Russia. There are alternatives for delivery, he said without first giving details. The developments showed that energy could be used as a weapon. The prerequisite for Germany to be secure in the future is the expansion of renewable energies, which the federal government is trying to achieve.

1 Forecast confirmed: Allianz holds out the prospect... 2 End of an anti-climate campaign: "Were afraid... 3 Significantly more green electricity: Cheaper wind... 4 Hertha has to go into relegation: Felix Magath threatens... 5 "Then you have nothing, that's hard":... 6 Giant Essen plays professional football: The end of... 7 Defeat against former UFC champion: Fatal knee injury... 8 Better than Slovakia this time: DEB team wins first... 9 FA Cup for Klopp and Co.: Liverpool wins the second... 10 The zombie apocalypse returns to the streets of Burgos 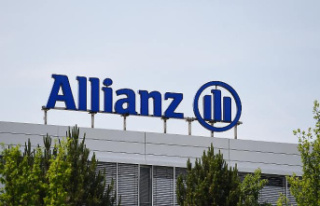