Agents of the National Police have arrested a 39-year-old man in Castellón as the alleged perpetrator of the attempted murder of a Civil Guard, crime against road safety, attack, damage, robbery with force and four thefts, all crimes against the property had committed them in the two hours prior to his arrest. 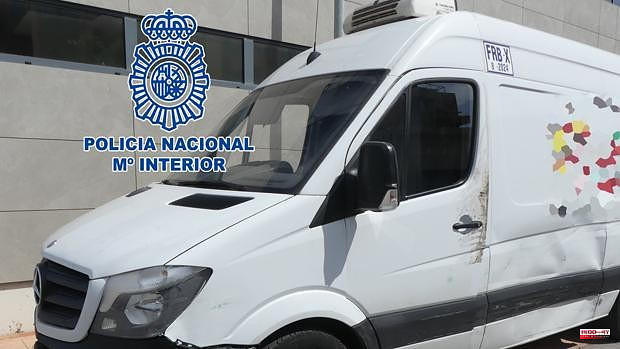 Agents of the National Police have arrested a 39-year-old man in Castellón as the alleged perpetrator of the attempted murder of a Civil Guard, crime against road safety, attack, damage, robbery with force and four thefts, all crimes against the property had committed them in the two hours prior to his arrest. After running over one of the officers who stopped him and violently ramming the police vehicle, he fled at full speed until he was intercepted by the National Police.

Around nine in the morning this Friday, the National Police received a call in which they communicated the theft of a commercial van, taking advantage of the fact that one of its delivery men had left it with the keys in it while it was unloading.

Immediately, the fact of the theft was spread to the patrols in service and the rest of the police forces of the demarcation, being located, by a Civil Guard patrol in San Alfonso de Castellón street.

The Civil Guard patrol stopped the van, blocking its way with their vehicle and both agents got out, to which the driver responded by backing up to pick up speed and ramming the car, specifically in the direction of one of the civil guards. who remained on the side of the tourism to whom he directed his maneuver, ran over him and left him trapped.

Finally, the van was located by agents of the National Police in the Santa Teresa de Castellón Group, and the author undertook to flee on foot, climbing up a ditch, undertaking a chase through the vacant lots and orange groves in the area, finally being intercepted in a company close to the Roquetes Group. During his journey, this person, who was driving without a driver's license, violated traffic regulations, endangering other road users.

Given these facts, he is arrested as the alleged perpetrator of the crimes of attempted homicide, attack on an agent of the authority, injuries, damages and crime against road safety.

The recovered van was taken to a police station and handed over to its owner. In the intervention, among other effects, a total of five mobile phones, a bag with documentation and cash, a backpack with tachograph records are recovered.

With the subsequent police investigation, it was found that the seized phones had been stolen, in less than two hours, that same day from delivery men, four of them carelessly and one of them accessed the van by forcing the window, also taking a bag with money, documentation and personal belongings, for which he is held responsible for being the alleged perpetrator of four crimes of theft and a robbery with force. The detainee has been placed at the disposal of the Judicial Authority, who has ordered his entry into prison.

1 Ponferrada students will serve an appetizer 'Sabor... 2 The mayor of Albacete hands over the keys to new homes... 3 A man was arrested in the port of Bilbao when he tried... 4 Madrid warns of the danger of cannabis: 4,253 hospital... 5 Alberto Núñez Feijóo breaks with the "zascas"... 6 The Prosecutor's Office asks to file the complaint... 7 TSJC rejects the recourse to the sentence for the... 8 Superhero costumes to raise awareness about multiple... 9 Summit of the Americas: Argentina, Mexico and Chile... 10 Smoke-free beaches: list of the 81 Valencian beaches... 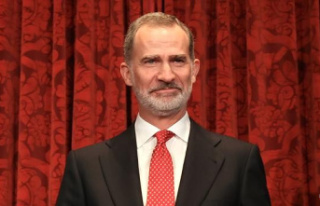