The Penitentiary Surveillance Court has revoked the progression to the third prison degree that the Basque Administration had granted to the ETA prisoners Iñaki Bilbao and Gorka Martínez Ahedo in two resolutions that address two appeals from the National High Court Prosecutor's Office against that penitentiary benefit to two terrorists who did not meet the statutory requirement of having expressly apologized to the victims and condemned the violence. 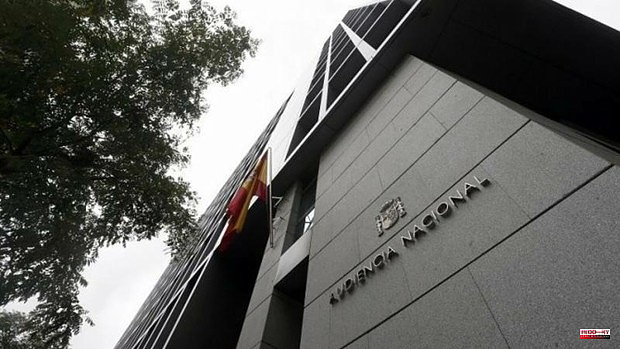 The Penitentiary Surveillance Court has revoked the progression to the third prison degree that the Basque Administration had granted to the ETA prisoners Iñaki Bilbao and Gorka Martínez Ahedo in two resolutions that address two appeals from the National High Court Prosecutor's Office against that penitentiary benefit to two terrorists who did not meet the statutory requirement of having expressly apologized to the victims and condemned the violence.

The first of the cars, from the past day 21, is the one related to Iñaki Bilbao. He entered prison on June 10, 1998 and is serving an accumulated sentence of 25 years (40 for one sentence and 25 for another) for the crimes of attempted terrorist murder and havoc.

Since April 2021 he has been in second grade and was transferred from the Zuera prison in Zaragoza to Basauri by the Ministry of the Interior. He meets in May 2023.

In that prison, the conclusion was reached that it was appropriate to pass him to the third degree, semi-liberty "in view of the favorable treatment evolution, the existence of an adequate document on the approach to the crime and the correct evaluation of the scheduled release."

«There are many positive data: good behavior and adapted to prison regulations, age of the criminal acts, advanced stage of serving the sentence, cancellation of sanctions, correct performance of activities in the center (...) reception and family support (...) have permits processed pending authorization... », lists the resolution to which ABC had access.

However, the same order attends to the appeal of the National High Court Prosecutor's Office because "as the psychological report" of the ETA member in prison points out, "there is empathy towards the victims but it does not personalize its position towards those people it attacked, which that forces to strengthen the treatment route before accessing the intended degree ». It revokes the third degree so that it returns to the second.

As for Gorka Martínez Ahedo, he is serving 30 years in prison, among other things as a necessary collaborator in the shooting murder of civil guard Benigno Villalobos. He is serving his sentence in 2028 and although he has "family support, absence of addictions and explicit renunciation of criminal activity", against him are the type of crime committed, the special seriousness of the events, "especially violent" . The prison treatment board said in April 2022 that in view of "the favorable treatment evolution" they were progressing to third grade.

He had provided a letter of repentance in which he states that he wishes to offer his "condolences and apologies to all the people" to whom he has "caused harm". “I would perfectly understand if this statement sounds cynical on my part. However, I can assure you that I deeply regret not having done it before in such explicit terms, which I consider a mistake, because having done it before in such a way that leaves no room for doubt has only served to lengthen the pain of all of you "said part of the letter.

It added an expression of its "commitment to the use of exclusively non-violent means to achieve political objectives, flatly rejecting the use of violent methods."

«The judge does not doubt the sincerity of his reflections -replies the judge of Penitentiary Surveillance of the National Court- but it should not be ignored that among other requirements, the General Penitentiary Organic Law establishes the requirement of an express request for forgiveness from the victims of his crimes. crimes and in the case that concerns us there is no expression of forgiveness to the victims of their criminal activity, they are not even referenced in their writing, especially when there are convictions for murder ».

Add the fact that you have a civil liability that exceeds 343,000 euros of which there is only evidence that you have paid 160 euros, which would be another breach of the legal requirements to progress to the third degree in your circumstances. Therefore, the judge revokes the third degree and classifies Martínez Ahedo back in the second. He will remain in prison.

1 Basque photographer accused of abusing young models... 2 Health alert for some Peruvian avocados marketed in... 3 Tudanca calls the Government of Castilla y León a... 4 More than 12 million to repair the damage caused by... 5 The waiting list to be operated on in Castilla y León... 6 Stoltenberg announces deployment of prepositioned... 7 Anti-corruption requests 84.8 million fine for Iberdrola... 8 How to request the aid of 200 euros from the Government 9 Confirmed the sanction that leaves Spain out of the... 10 They attack him before competing, he runs with a blindfolded... 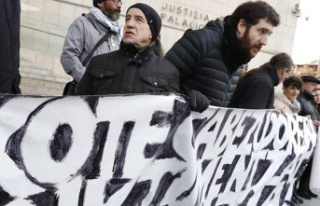