The Provincial Court of Guipúzcoa has sentenced the photographer Kote Cabezudo to 28 years and six months in prison as the author of a rape, another crime of sexual abuse, six of child pornography and two of fraud. 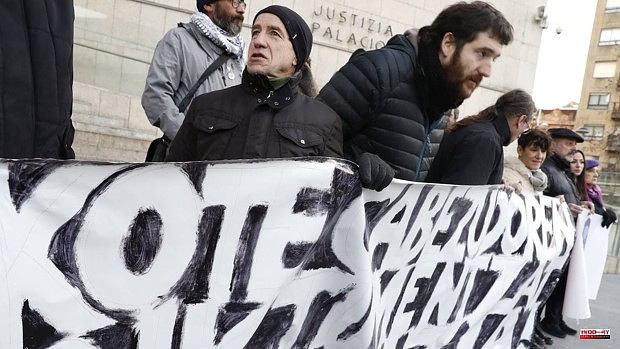 The Provincial Court of Guipúzcoa has sentenced the photographer Kote Cabezudo to 28 years and six months in prison as the author of a rape, another crime of sexual abuse, six of child pornography and two of fraud. It will also have to compensate the victims with 116,000 euros.

However, the sentence falls far short of the 250 years in prison requested by the Prosecutor's Office. And it is that, the judges have decided to acquit him of 217 crimes for which he had also been accused.

One of the keys to the trial was to determine whether the images made of some of the victims, who were minors when the events occurred, could constitute a crime of child pornography. To do this, throughout the 340 pages of the sentence, the magistrates make an individualized examination of each of the cases and reach the conclusion that some of the images, due to their characteristics, can be considered as such.

As for the victims of legal age, the sentence considers it proven that Cabezudo committed a rape and a crime of sexual abuse against two different victims. The magistrates understand that during the trial it has been shown that the two models showed their opposition regarding specific practices but that the accused did not respect his sexual freedom. «One thing is to voluntarily go to a photographer's studio so that he can take photographs with sexual meaning, being paid for it, and quite another, to consent that in the course of such sessions the photographer performs as many actions as he wishes on the woman's body », they point out.

In addition, the victims had accused Cabezudo of fraud, a crime for which the magistrates have now acquitted him. They believe that there were agreements signed by the models in which they gave the photographer their image rights and authorized him to publish them in exchange for a price that the accused paid in each of the sessions. They also rule out that the photos were taken "surreptitiously or the models are unaware", since, as can be seen in the images, "the models were aware of being recorded." "The models began to be photographed by the defendant when they wanted, in many cases they continued to go for the same purpose, even for years and stopped being photographed when they also freely decided," they add.

That is why they only agree to convict him of fraud in two specific cases in which the models had signed an agreement to stop giving up their image rights. "They bought back from the defendant his image rights in exchange for him removing the images of them from his web pages, as well as others that had taken them from the defendant's page." The judges explain that the two models paid the agreed price, but that later Cabezudo did "nothing" so that those photos also disappeared from third-party pages.

In any case, Cabezudo will not serve the full sentence. The judicial resolution indicates that since prison sentences exceed the legal limits established by the Penal Code, the maximum effective compliance set will be 20 years.

1 Health alert for some Peruvian avocados marketed in... 2 Tudanca calls the Government of Castilla y León a... 3 More than 12 million to repair the damage caused by... 4 The waiting list to be operated on in Castilla y León... 5 Stoltenberg announces deployment of prepositioned... 6 Anti-corruption requests 84.8 million fine for Iberdrola... 7 How to request the aid of 200 euros from the Government 8 Confirmed the sanction that leaves Spain out of the... 9 They attack him before competing, he runs with a blindfolded... 10 The new face of Glorias will be ready at the end of... 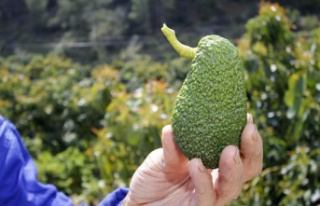 Health alert for some Peruvian avocados marketed in...