In two to three weeks, the armaments company Rheinmetall can deliver the first Marder armored personnel carriers to the Ukraine - only the approval from the chancellery is missing. 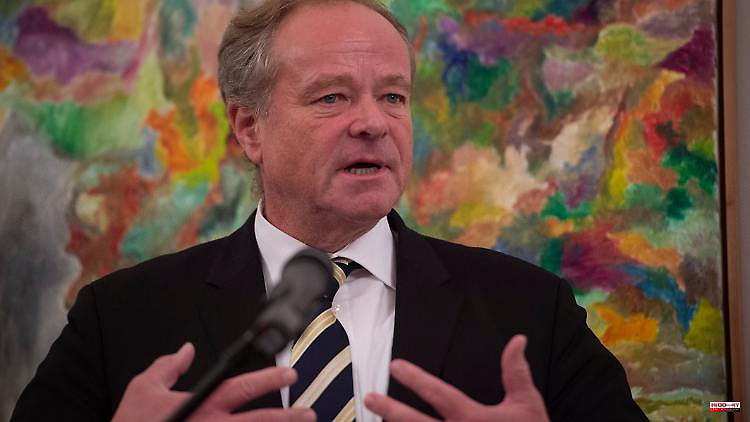 In two to three weeks, the armaments company Rheinmetall can deliver the first Marder armored personnel carriers to the Ukraine - only the approval from the chancellery is missing. Former minister and Rheinmetall adviser Niebel suspects procrastination and says that waiting longer will cost more lives in Ukraine.

The former Federal Development Minister and current advisor to the Rheinmetall Group, Dirk Niebel, accuses the Federal Chancellery of delaying the decision on the delivery of up to 100 Marder armored personnel carriers to Ukraine. "We hope that this will finally be decided," said Niebel in an interview with the "Tagesspiegel" with a view to the Federal Security Council led by Chancellor Olaf Scholz.

The armaments company Rheinmetall wants to upgrade the tanks and deliver them to the Ukraine. Niebel is assuming a package worth around 100 million euros. "Without having an export license, Rheinmetall has already started repairing the vehicles at its own risk so that they can be delivered in the shortest possible time," said the former development aid minister, who advised the German armaments group on all issues relating to international strategy development and global government relations advises.

"What more time do you want to lose? It costs more lives, you have to give the Ukrainians the support they need in their struggle for existence," said Niebel. "In three weeks at the latest, more likely in two weeks, the first vehicles could be delivered, with sufficient ammunition supplies, so that the combat capability is given." However, the training of the staff can only begin if there is also an export permit. "That's why this is a question of the time factor."

So far, the federal government has only allowed the Krauss-Wegmann-Maffei company to export up to 50 Gepard anti-aircraft tanks, but Switzerland is blocking the release of the ammunition produced there and the system is technically highly complex, which is why even Ukraine is skeptical about this delivery. "So a combat vehicle that can't fight is of little use in a war," said Niebel, looking at the cheetah question mark. "The 'Marder' as a tactical system is much less complex than the cheetah," said Niebel. "It's an infantry fighting vehicle, so it's a secure vehicle for transporting personnel. And someone who has driven a tank in the Ukrainian army can drive this vehicle in no time."

Niebel defended his use as an armaments lobbyist for the delivery of these heavy weapons. "We saw what happened in Srebrenica. We saw what happened in Rwanda and we don't want to see another genocide in Ukraine. That's why it's only logical that massive action is taken here. In Srebrenica and in Rwanda the international community has failed. That's at least one too many. It mustn't happen to us a third time."

With regard to the Bundeswehr, Niebel also believes that at least 20 billion euros of the planned Bundeswehr special fund of 100 billion euros must be spent on ammunition. This is necessary "to ensure the Bundeswehr's resilience in wartime situations," said Niebel. The problems in procuring ammunition for Cheetah tanks, which are to be left to Ukraine, show "that you always have to think about storage for the ammunition."

The Bundestag probably wants to decide on the establishment of the special fund and a corresponding amendment to the Basic Law next Friday. In addition, Niebel warned against offsetting the special fund against annual defense spending. In his historic speech in the Bundestag on February 27, Chancellor Olaf Scholz promised to spend at least two percent of gross national income per year on defense, plus 100 billion euros in special funds. "If you decide that the 100 billion special program for equipment has to be used, then you have more aircraft, armored vehicles, weapon systems and ammunition. But you then also need more staff, equipment and more repairs, i.e. spare parts," emphasized the FDP politician . "That costs money in a normal household, otherwise it's just a flash in the pan." 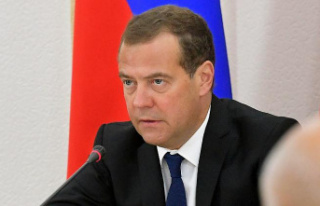