All the women of Minister Robles

In May 2016, Margarita Robles made the leap to politics for the second time after her famous stage (1994-1996) in the Ministries of Justice and Interior of the last Government of Felipe González. 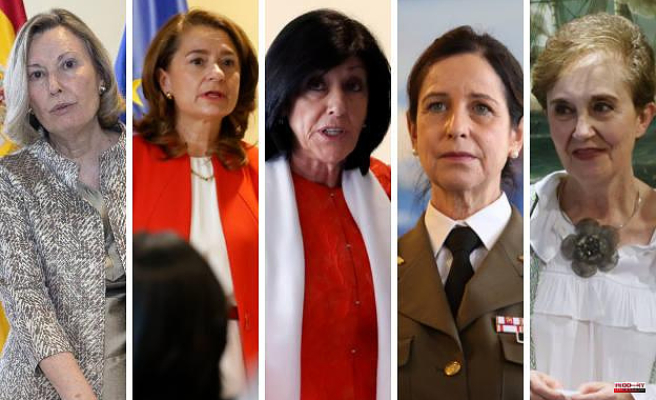 In May 2016, Margarita Robles made the leap to politics for the second time after her famous stage (1994-1996) in the Ministries of Justice and Interior of the last Government of Felipe González. The member of the Judiciary and magistrate of the Supreme Court was presented as number two in the PSOE's candidacy for Congress in Madrid. She was one of the most mediatic signings on the list of Pedro Sánchez, who after the 2018 motion of censure appointed her Defense Minister.

In this period at the head of the ministry, Robles has become the member of the Executive that is best valued by citizens. Her leadership in the crises that have marked the difficult cohabitation of the coalition government - the pandemic, the withdrawal from Afghanistan or the war in Ukraine - has been appreciated. She has also made her profile hard with the ministers of United We Can, which has earned her sympathy in the rival electorate.

Sticking to her state profile, she has effectively assumed her minister's uniform. The last episode was the staging of the committed act last Thursday, after the espionage crisis that cost the director of the CNI Paz Esteban 48 hours earlier. "It is a continuity change thinking about Spain and putting the Constitution as a framework for action," Robles justified the appointment of Esperanza Casteleiro before the military and intelligence leadership.

Before probably the most committed political moment since he took office, Robles settled in this inauguration the ghosts about his resignation. He brought out his willful will to get out of the burning in Moncloa and thanked the "loyalty" of his Praetorian Guard. His team of women, «who have been characterized for many years by their vocation of service to Spain. With humility, discretion, dedication and responsibility in a world full of individualism », he praised.

In those words she contained the degree of demand that she demands from her subordinates. He even dedicated good words to the resigned Paz Esteban, whom he made the first woman to lead the secret services in 2019. "In this act on the main floor of the ministry, in each of these appointments, the political projection and Robles staff”, commented a senior Defense official.

Esperanza Casteleiro, the new head of the CNI, was his number two and before that his chief of staff. She was signed by Robles after spending 35 years as a spy. Amparo Valcarce, Undersecretary of Defense, went on to occupy Casteleiro's position as Secretary of State and Defense and Adoración Mateos, General Director of Personnel, Valcarce's.

Three soldiers of the minister, who last week promoted Patricia Ortega to Division General, the first woman to get two stars on her uniform. Ortega represents the projection of Robles in the Armed Forces and the alleged progress of the military.

1 The Supreme admitted "deficiencies" in the... 2 The noise consumes the action of Podemos in the Government 3 The PP seeks to become decisive because Sánchez "is... 4 The United States will remove ETA from the list of... 5 Mark Galeotti: "Vladimir Putin now looks like... 6 The president of Somalia is elected between the barricades... 7 Frontal collision in the curve: three people die in... 8 Political changes in Ulster are making peace agreements... 9 High casualties delay Russian offensive in eastern... 10 The face of pure evil 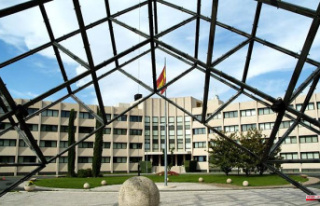 The Supreme admitted "deficiencies" in the...