The results of the recent regional elections, the blockade of the formation of a new government by the unionists and the endless battle between London and Brussels for the implementation of Brexit are a reflection or consequence of the same phenomenon: the Good Friday agreements, the pillar since a quarter of a century of peace in the province, they are becoming obsolete and will have to be retouched. 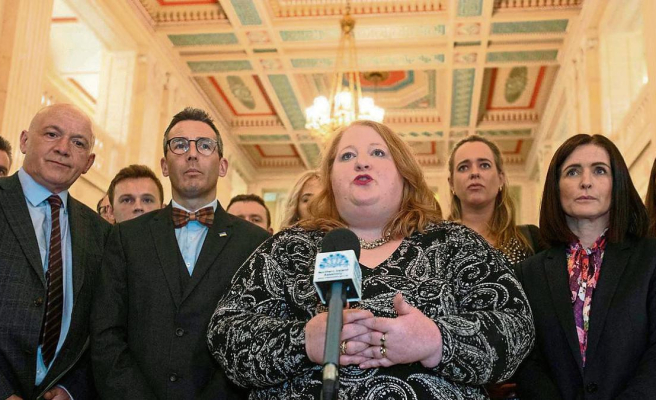 The results of the recent regional elections, the blockade of the formation of a new government by the unionists and the endless battle between London and Brussels for the implementation of Brexit are a reflection or consequence of the same phenomenon: the Good Friday agreements, the pillar since a quarter of a century of peace in the province, they are becoming obsolete and will have to be retouched.

The 1998 pact, a case of political trigonometry on multiple sides (the United States and the Catholic Church played important roles as mediators), establishes for Northern Ireland a formula unprecedented in any other part of the world: the obligation of a coalition to govern between the unionist (and protestant) party with the most votes and the nationalist (and catholic) party with the most votes, with two de facto prime ministers, although one has the title of vice. If either of them opts out, the institutions (Stormont's Executive and Legislative Assembly) lock down, as has happened multiple times, most recently since February.

The objective was the search for consensus, that the two communities would go hand in hand and would always be in the same boat, or there would be no boat. But accelerating demographic and political changes suggest the formula will soon be unworkable, if not already. Built on the foundation that one Catholic party and one Protestant, one Irish nationalist and one pro-British, would always be number one and number two, that reality is cracking. In the last elections, the non-sectarian and non-denominational Alliance Party, supported by people who do not want to be identified as one thing or the other, won 17 seats, for 25 of the unionists of the DUP and 27 of Sinn Fein . It is on the rise, and a sorpasso is no longer unthinkable.

“What sense can it have that the Government has to be formed by force by Catholics and Protestants, if a party without religious affinity is second, or even if it is third with a narrow margin of difference? What sense does it make to bind Ulster with the straitjacket of the sectarian codes of the past, when everything indicates that the new generations want to free themselves from historical divisions and grudges, to be pro-Irish or pro-British as a sign of identity? Professor Anthony Peters asks.

Under the leadership of Naomi Long, the Alliance Party (which mainly attracts moderate middle-class Protestants and liberal professionals opposed to Brexit and disengaged from religious fanaticism) is getting better and better results at the polls, with 13.5% of first preferences in the last elections. In Ireland's complex multiple transferable vote system, it was the second or third choice for many voters, a decisive factor in the allocation of seats.

The blocking of the formation of a government by the DUP (Ulster Unionist Party) after Sinn Fein's victory has raised the question of why its place in a coalition could not be taken by the Alliance, and thus the province would have an executive dedicated to address the specific problems of the cost of living and the deterioration of public services. The answer is because the Good Friday agreements prevent it.

Basically, making these agreements compatible with those of Brexit has always been almost impossible, a contradiction that was not resolved despite the commitment signed at the time by London and Brussels (and that Boris Johnson always indicated that he reserved the right to breach). . A border between Ulster and the Republic is unacceptable to nationalists, and a border between Ulster and the rest of Britain (the formula adopted to preserve the EU's single market) is unacceptable to unionists.

Johnson visits Belfast today Monday to put pressure on all political leaders to re-establish the institutions, but Sinn Fein accuses him of collusion with the DUP, and the DUP remains firm in its blockade if the Protocol of Northern Ireland (controls on products from the rest of Great Britain). The suspicion of the Republicans is understandable, bearing in mind that London is preparing to present a bill this week that will allow it to unilaterally breach the aspects of the Brexit agreements that it does not like, authorize companies to breach the regulations community, and declare that European courts lack jurisdiction to resolve disputes. A delegation of US congressmen will try to reason with the prime minister, and convince him of the damage this would do to the UK's international reputation.

1 High casualties delay Russian offensive in eastern... 2 The face of pure evil 3 Cuba adopts a criminal code that represses activity... 4 The first Basque satellite will take off from Cape... 5 Cities, one step away from the red line of global... 6 Swissport will bid to acquire 25% of Aena's handling 7 North Korea: eight new deaths, lack of medicine in... 8 Church shooting leaves 'multiple victims' 9 At least one dead in a shooting at a California church 10 Jaume Guardiola will leave Barça's economic... 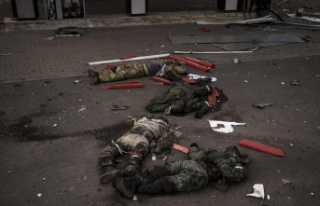