"I am not going to answer that question, I am not going to contribute to generating any type of headline that harms either Yolanda (Díaz) or the candidacy of the change or the 'broad front' or whatever the hell it ends up being called. 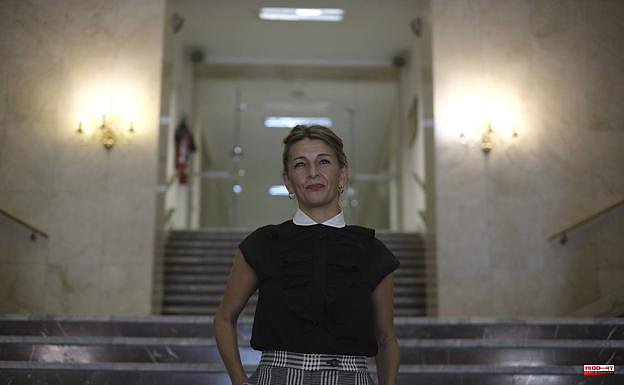 "I am not going to answer that question, I am not going to contribute to generating any type of headline that harms either Yolanda (Díaz) or the candidacy of the change or the 'broad front' or whatever the hell it ends up being called." The particular silence of Pablo Iglesias, asked about the state of his relationship with the vice president, sounded like a thunderous noise. It was clearly the barely concealed cry that certified to what extent the rope has been tightened between Podemos, still controlled in the shadows by its former leader, and what is its greatest – perhaps only – asset to plug the electoral bleeding that it has been suffering. .

Friendly fire has taken over the space that today represents United We Can. The entanglement over the Andalusian candidacy has been nothing more than the definitive public demonstration of some quarrels that only the panic of decomposition can mitigate. The formations to the left of the PSOE –except Adelante Andalucía– will attend the 19-J together, yes, but at the cost of externalizing a torn struggle that, despite attempts to circumscribe it at the regional level, forecasts storm clouds in the articulation of the national project.

The tension is 'in crescendo' as the electoral cycle approaches, starting with Andalusia in June, following the municipal and regional elections in May of next year, and ending with the general elections, 'a priori' at the end of 2023. And, in addition, it is accentuated insofar as Díaz continues to hesitate in his steps to lead this new political device. Not only with the continuous delays to start the now abstract "listening process", but also because of the cornering of it to Podemos. Without going any further, the vice president has alleged "agenda reasons" for not attending the purple days in Valencia next weekend.

In Ione Belarra's party they don't even make an effort to hide that they feel agitated by the attitude of the Minister of Labor, to whom they publicly assign the role of "candidate" that she is reluctant to assume. The relationship between the two leaders is at least cold, if not icy. But in the purple dome they understand that the bill for a public war between the two would be too expensive. This is where Iglesias enters the scene, who a year after leaving active politics, but without giving up directing the party he built, has emerged as the main source of internal noise from his numerous media platforms.

Only in the last three months, the former leader of Podemos has doubted that the 'broad front' is "enough" to correct the downward trajectory of the left; he has questioned his own decision to handpick Diaz as his successor; he has reminded him that if he "exists" it is thanks to Podemos; and he has portrayed the "shame" for the entanglement in the Andalusian coalition, where the vice president had a decisive role despite her subsequent attempt to disengage and save herself from wear and tear. Successive torpedoes to the waterline confirming an offensive against her legatee.

The wear of Podemos is accentuated by the uncertainty of the future, but also by the management of the present. Participation in the coalition government forces us to process dilemmas and contradictions that contribute to consuming the party little by little. "Every week the PSOE gives us ten reasons to leave," they acknowledge among the purples, who nevertheless assume that taking that step would lead them to a dangerous precipice.

His influence in the Executive, in any case, is reduced to forced marches. Despite starting triumphs, such as the casualties due to incapacitating rules, Podemos is also beginning to see its clamp with the independence formations in danger. ERC, the most important external partner for the Government's fragile parliamentary majority, has not supported the labor reform or the anti-crisis decree and even tried to overthrow the National Security Law. But the PSOE has been able to neutralize its unchecking thanks to allies such as Cs, PDeCAT and even the PP, something that worries the purples.

1 The PP seeks to become decisive because Sánchez "is... 2 The United States will remove ETA from the list of... 3 Mark Galeotti: "Vladimir Putin now looks like... 4 The president of Somalia is elected between the barricades... 5 Frontal collision in the curve: three people die in... 6 Political changes in Ulster are making peace agreements... 7 High casualties delay Russian offensive in eastern... 8 The face of pure evil 9 Cuba adopts a criminal code that represses activity... 10 The first Basque satellite will take off from Cape... 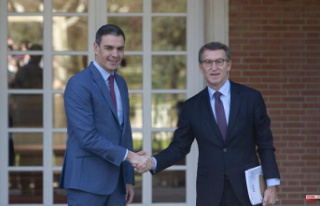 The PP seeks to become decisive because Sánchez "is...