The espionage crisis unleashed by the use by the National Intelligence Center (CNI) of the Pegasus program, whose objective was 18 Catalan independence leaders, as former director Paz Esteban acknowledged in the Official Secrets Commission on May 5, has once again focus on the guarantees of the intervention of communications. 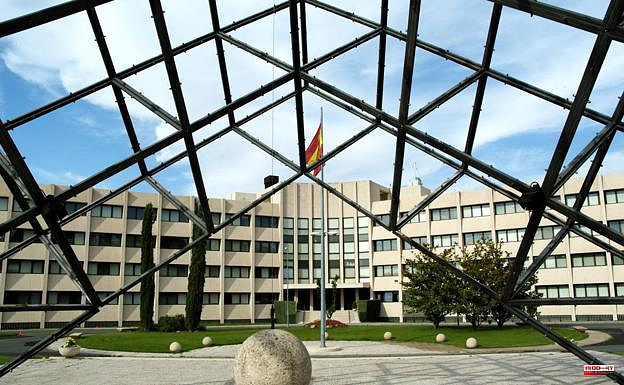 The espionage crisis unleashed by the use by the National Intelligence Center (CNI) of the Pegasus program, whose objective was 18 Catalan independence leaders, as former director Paz Esteban acknowledged in the Official Secrets Commission on May 5, has once again focus on the guarantees of the intervention of communications.

The regulations that protect the activity of the CNI, approved in a 2002 law, detail the role of the magistrate of the Supreme Court responsible for authorizing the actions of agents to tap phones. A sensitive task not only because of the objective of espionage, but also because this judge must consider the violation of fundamental rights when it comes to the inviolability of the home and communications, as was the case in Catalonia.

In this sense, the Supreme has ruled on few occasions on the judicial control of the CNI, questioned by the Catalan espionage crisis. A scandal that has shaken the legislature and that claimed Esteban's head after learning, later, of the "security gap" in the mobile phones of the Prime Minister and three ministers.

A ruling issued in 2010, regarding the confirmation of a conviction for a crime of treason against a spy, details the "uniqueness" of the model that allows the CNI to intervene terminals. A method established by the legislator that, despite its "deficiencies", provides a guarantee in the need to motivate the judicial resolution that enables the agents.

It is a matter of "unavoidable weighting whenever it is a question of legitimizing the sacrifice of fundamental rights", collects the paper signed by Manuel Marchena, today president of the Second Chamber (Criminal). In the case of the 'Catalan Gate', the CNI judge in the Supreme Court, Pablo Lucas, motivated in 18 resolutions of between one and seven pages the access to mobile phones for three extendable months.

Among the targets was the current president of the Generalitat Pere Aragonès. The reason was "his contacts with the CDR", the pro-independence shock force, in the fall of 2019. A period that coincides with the activities carried out to protest the 'procés' sentence, known in October of that year.

According to the request made by the CNI to the judge, Aragonès would have communicated with a CDR intermediary, former CUP regional deputy and lawyer Benet Salellas, who defended Jordi Cuixart, president of Òmnium Cultural, in the trial for the secessionist procés . Precisely, this sovereignist entity was the first to file a complaint after hearing the report by Citizen Lab, the Canadian laboratory that raises the number of spies from 18 to 65.

The Penañ action is directed against the Israeli company NSO, owner and responsible for Pegasus, and is already being examined in the same Barcelona court -Instruction number 23- that investigates the espionage of former Parliament President Roger Torrent (ERC). However, the objective of Òmnium is "to open the door to an investigation that allows all the State agencies involved to be charged", including the CNI.

In this sense, the 2010 ruling explains that the acts of the agents "cannot be labeled as judicial acts of investigation." The reason is that a residential control model has been chosen, not in a jurisdictional body, but in a judge who is attributed a prior control function.

The exclusion of any possibility of challenging the enabling resolution and, above all, the absence of a subsequent follow-up of what has been done after the authorization, "add greater doses of specialty," Marchena pointed out in this sentence, which he lowered from 12 to 9 spy Roberto Flórez sentenced to years in prison for his attempt to sell classified information to his Russian counterparts.

The resolution reiterates that the CNI does not prosecute crimes, but that the agents are tasked with providing the Government with "information, analysis, studies or proposals to prevent and avoid any danger, threat or aggression against the independence or territorial integrity of Spain."

For this, the center coordinates the action of the different organizations that use encryption means, guarantees the security of information technologies and reports on the coordinated acquisition of cryptological material, such as the Pegasus program.

1 The noise consumes the action of Podemos in the Government 2 The PP seeks to become decisive because Sánchez "is... 3 The United States will remove ETA from the list of... 4 Mark Galeotti: "Vladimir Putin now looks like... 5 The president of Somalia is elected between the barricades... 6 Frontal collision in the curve: three people die in... 7 Political changes in Ulster are making peace agreements... 8 High casualties delay Russian offensive in eastern... 9 The face of pure evil 10 Cuba adopts a criminal code that represses activity... 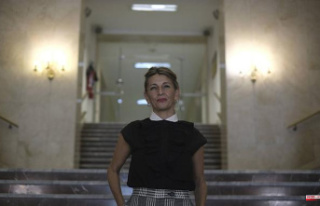