The climate between the Government and the PP is "rarefied". 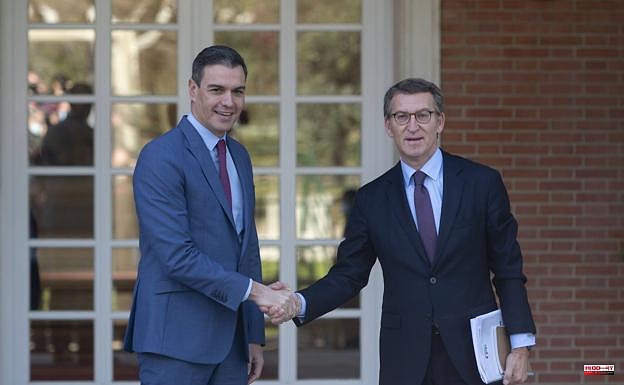 The climate between the Government and the PP is "rarefied". The popular ones are not going to let go of the fact that on Wednesday, during the control session in Congress, Pedro Sánchez called them "mugs." The discomfort in the main opposition party is palpable and, although they persist in reaching out to the Executive to show that there is an alternative, they warn the Socialists that "they would do well not to insult us before asking us to save their lives." "They need our votes because EH Bildu's are not worth it," say sources from the Genoa leadership.

With an open gap in its parliamentary base due to the espionage scandal against the independence movement, the Executive has seen this week how the PP came to its aid again to allow – together with Vox and Ciudadanos – the processing of the National Security Law. "We hope that the government understands that it can only address state agreements with the main opposition party," said the secretary general of the conservatives, Cuca Gamarra.

It is not the first time that the PP rescues the Government in the month and a half that Alberto Núñez Feijóo leads the first opposition party. A week ago he shielded the Executive from the pressure of its partners so that it would not be forced to accept an investigation commission on the operation of the CNI at the expense of Pegasus. They did it, say the popular ones, out of "responsibility", because they do not want a battlefield in a matter of national security. "That Sánchez has decided to weaken the institutions does not mean that we are going to do it," said his leader.

The PP also defended the chief of the spies when, after her appearance in Congress before the official secrets commission, the members of the Executive raised the tone and increased the demand for responsibilities. Only they, again together with Vox and Ciudadanos, supported the arguments of the PSOE and concluded that the explanations offered by Paz Esteban about the espionage of 18 people linked to the independence movement –among them, the now president of the Generalitat, Pere Aragonès– had been fully satisfactory.

The decision shortly after the Government to dismiss the director of the CNI was harshly criticized by the conservatives, considering that it "weakens the State" and consumes the "grotesque" with the sole objective that Sánchez can try to guarantee "his political survival". They believe that Moncloa has used the leak of the Pegasus infection in the cell phones of Sánchez and the Ministers of Defense and Interior to have a supposed justification with which to give in to his Esquerra allies. “The president has surrendered to the demands of some partners who have proven insatiable,” Feijóo censured.

The arrival of the Galician leader to the presidency of the PP inaugurated a cordial dissent, less belligerent, and opened the door to agree with the socialists on the great affairs of the State as demanded by the majority of the voters of the two great parties. According to the latest study published by the Center for Sociological Research on current issues, nine out of ten citizens consider it quite or very important that country agreements be reached. Moreover, almost all PSOE voters, according to data from the demographic institute, believe that Moncloa should have reached an agreement with the Popular Party to approve its plan to mitigate the economic consequences of the war in Ukraine.

The Government suffered to carry out the decree –counting until the last vote–, but only resorted to those of Feijóo when it was seen on the brink of the abyss. However, he opted at the last moment for the endorsement of EHBildu, who saved the decree "for the people, not for the Government", as his spokesperson stated in the parliamentary debate. The popular ones voted against Moncloa not opening up to negotiating any of its proposals to end "fiscal hell."

Despite the rejection of his tax reduction plan, Feijóo once again addressed the Executive to agree that "the most voted list" governs, a formula that the PSOE immediately rejected. This same week, the leader of the PP made a new offer by proposing an agreement, to be finalized, on national security that Sánchez, according to the Galician leader lamented, "has ignored." And on what there is consensus –resuming contacts to renew the Judicial Power Council–, we will have to wait. The popular ones, annoyed with Sánchez's "insults", have postponed it until after the elections in Andalusia.

1 The United States will remove ETA from the list of... 2 Mark Galeotti: "Vladimir Putin now looks like... 3 The president of Somalia is elected between the barricades... 4 Frontal collision in the curve: three people die in... 5 Political changes in Ulster are making peace agreements... 6 High casualties delay Russian offensive in eastern... 7 The face of pure evil 8 Cuba adopts a criminal code that represses activity... 9 The first Basque satellite will take off from Cape... 10 Cities, one step away from the red line of global... 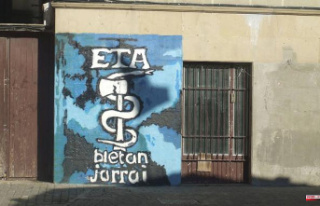 The United States will remove ETA from the list of...