Somali parliamentarians met yesterday in a heavily armored airport hangar to elect a new president of the country, a necessary move to continue receiving international aid in a failed and impoverished state after a tortuous civil war that has lasted three decades. 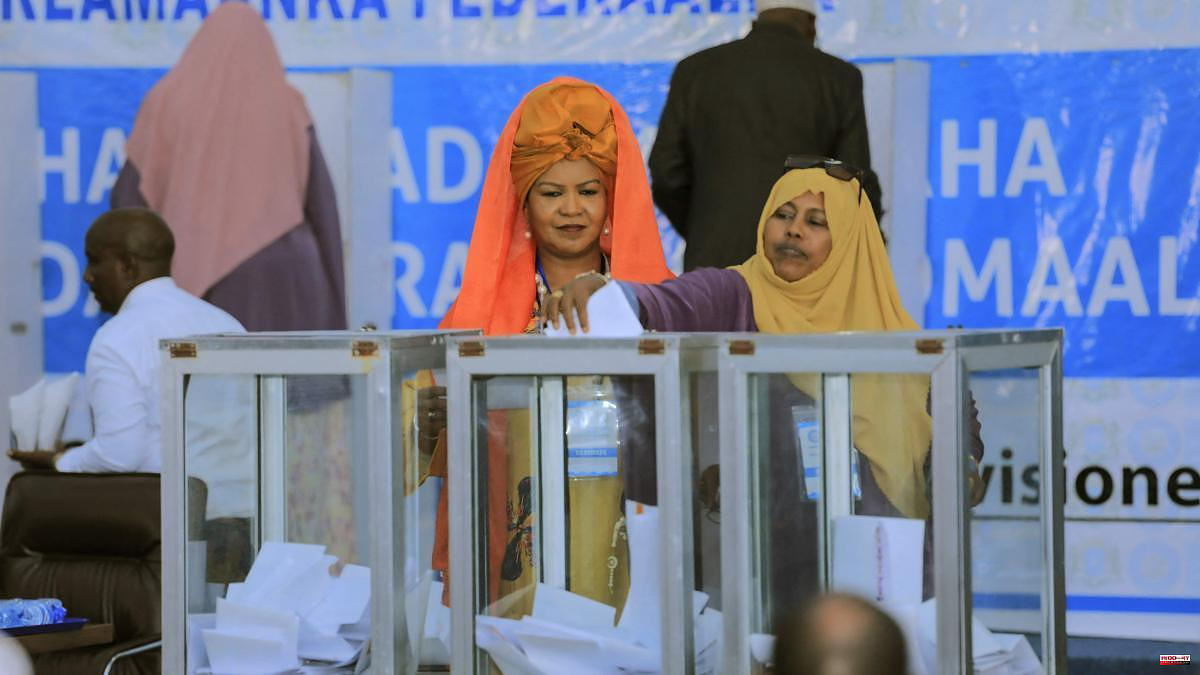 Somali parliamentarians met yesterday in a heavily armored airport hangar to elect a new president of the country, a necessary move to continue receiving international aid in a failed and impoverished state after a tortuous civil war that has lasted three decades. For the position, up to 35 candidates are presented, of which, according to forecasts, two former presidents who return to aspire to the position start as clear favorites: Sharif Sheikh Ahmed and Hassan Sheikh Mohamud. They are two popular figures in the country who have neither managed to tackle the country's corruption nor put out the war against Islamist militants from various factions. The vote, backed by the United Nations, has been delayed for more than a year by internal fights in the government, but it has to be carried out now because no less than 400 million dollars from the International Monetary Fund are at stake.

Although carrying out the voting process is already a success, many of the 15 million Somalis are skeptical that progress will take root in the country. The best-placed candidates are old recycled faces who haven't put their heads together to bring stability. The incumbent president, Mohamed Abdullahi Mohamed, nicknamed Farmaajo because of his addiction to Italian cheese, seems unlikely to be re-elected.

These presidential elections without popular vote, due to the lack of security to organize elections, will take place in the worst drought that the country in the Horn of Africa has suffered in the last forty years and with a panorama in which violence, already yes extreme, it has won integers due to the attacks of the Islamist militias of Al Shabaab in a structure dominated by clans.

On Wednesday, a suicide bomber from this terrorist group set off a bomb, injuring seven people. On Friday, members of a Sufi Islamist commando clashed with government forces in Galmudug State. Yesterday there was a curfew in the capital that offered a panorama of empty streets and closed shops.

1 Frontal collision in the curve: three people die in... 2 Political changes in Ulster are making peace agreements... 3 High casualties delay Russian offensive in eastern... 4 The face of pure evil 5 Cuba adopts a criminal code that represses activity... 6 The first Basque satellite will take off from Cape... 7 Cities, one step away from the red line of global... 8 Swissport will bid to acquire 25% of Aena's handling 9 North Korea: eight new deaths, lack of medicine in... 10 Church shooting leaves 'multiple victims' Frontal collision in the curve: three people die in...