The Civil Guard of Alicante and the HSI (Homeland Security Investigations) of the US city of Buffalo, have dismantled a criminal organization dedicated to drug trafficking. 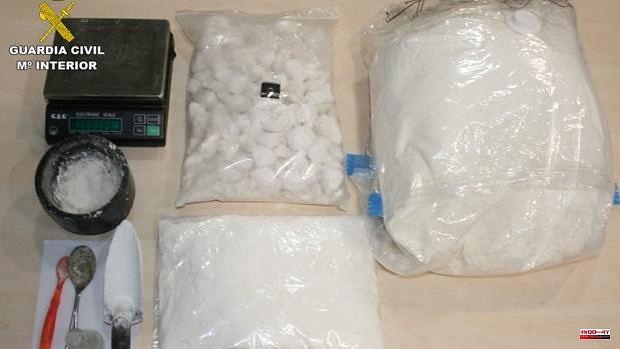 The Civil Guard of Alicante and the HSI (Homeland Security Investigations) of the US city of Buffalo, have dismantled a criminal organization dedicated to drug trafficking. The drug was sent from Spain, via post, to other countries, with the United States as its main destination. With different degrees of participation, two men and one woman, all of Czech nationality, have been arrested for crimes against public health, belonging to a criminal organization, money laundering and usurpation of marital status.

Last March, the Alicante Civil Guard became aware of the possible existence of a criminal organization based in the province. Apparently, said illicit group would be dedicated internationally to the distribution of various substances harmful to health, which would be marketed through a web page created for that purpose, having its URL domain located in Germany, which the band had created for that purpose.

As a result of the first investigations, it was discovered that two of the detainees were offering various designer drugs. Alpha-PHP is a modification of Alpha-PVP, better known as "zombie drug", its effects having been enhanced.

The investigations revealed that the leaders of the organization were based in high-income residential areas located in San Juan Playa (Alicante) and Muchavista (El Campello).

As the investigations progressed, it was possible to detect and prove how these people frequented post offices in towns near their residences. In these offices, they made a multitude of postal items, even reaching a monthly volume of up to 300 items. Shipments were mainly made to the United States, but also to Germany, Switzerland, Australia, the United Kingdom and even Spain. In order to mislead police action and maintain anonymity, criminals used fictitious names and random addresses as senders.

In the same way, through the documentation of another person, one of those now detained, was assigned the function of receiving large packages from the Netherlands, which supplied the organization with narcotic substances for subsequent processing, handling and distribution. .

For their trips, the members of the band used high-end vehicles. This, together with the recent acquisition of a luxury chalet on Playa de Muchavista, and considering the recognized lack of working life of the defendants, would mean that those now detained could be receiving some type of income compatible with the benefits obtained through the illicit sales.

The website recorded thousands of orders, which, after being paid for by paying cryptocurrencies, were prepared by the detainees, for later delivery to customers by post. There has been evidence that this activity has been taking place in Spain since 2017, not having ceased during the recent pandemic.

For all these reasons, on June 10, the exploitation phase of the police operation was carried out, proceeding to the arrest of a total of 3 people, two of them at the Alicante-Elche Airport, when one of them He was returning from the Czech Republic, hiding 25,000 euros among his belongings, and another in San Juan Playa.

In addition, there have been 3 entries and searches of homes in San Juan Playa and Muchavista, of which 45 kilograms of various substances have been seized, all of them were positive for methamphetamine, as well as a total of 84,084 euros and 1,000 US dollars, both in cash and in banknotes of various values.

With these arrests, the criminal organization, presumably responsible for placing large quantities of up to five different substances on the market, has been considered dismantled, and the laboratory in which the drugs were processed and prepared for their subsequent shipment has been dismantled. Three high-end vehicles have been intervened and a chalet valued at 650,000 euros has been blocked, due to its alleged origin as a result of the money generated from illegal activities.

1 Dismantled a marijuana plantation with 364 plants... 2 Sweden, Finland and Turkey meet in Madrid to unblock... 3 Francia Márquez, the vice president of “the nobody”... 4 Minority shareholders will take the assault on Indra... 5 Lagarde sure that the ECB will go "as far as... 6 Verde Esmeralda oil conquers gastronomic professionals 7 Jaume Plensa, elected academic of Fine Arts 8 The NATO summit in Madrid, live: Queen Letizia visits... 9 The ECHR condemns Spain for the police dossiers on... 10 A drug to treat HIV improves cognitive ability in... 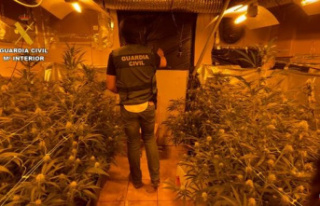 Dismantled a marijuana plantation with 364 plants...